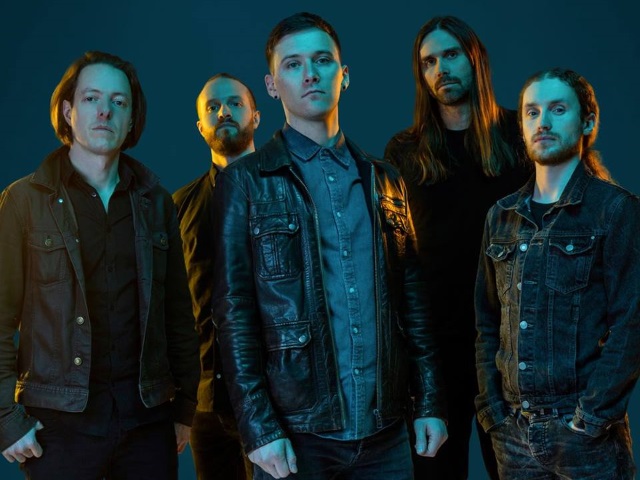 There is a feeling in the air tonight that something very special is about to take place. The band TesseracT are about to headline their biggest show to date and they are doing it in London in front of a sold-out O2 Shepherd’s Bush Empire. The fact that they have managed to get to this point is a testament to their dedication and hard work, having battled through multiple line-up changes including the departure, replacement and return of vocalist Dan Tompkins and somehow managing to maintain their forward momentum, culminating in the release of their most ambitious album to date Sonder.

Charged with opening proceedings tonight is the impressive instrumental outfit Plini, the creation of the virtuoso guitar player Plini Roessler-Holgate who is joined onstage by a collection of equally talented musicians to help him deliver his particular brand of technical metal. The group navigate their way through their awkward, juddering time signatures and complex song structures with ease and manage to keep the crowd interested throughout their brief set. The sound is mixed well and means that none of the intricate moments in the songs are lost upon the dumbfounded audience. The only negative to the set is lack of interaction between the front man and the crowd in front of him, which is a typical pitfall for instrumental bands with the lack of singing and hooks for people to latch on to. 7/10

Next up are the progressive metal veterans Between The Buried And Me. It’s been three long years since they have graced these shores and they waste very little time showing the audience what they have been missing out on all this time, with a stellar performance of The Proverbial Bellow. The crowd are a little static to begin with but when the heavy section of The Coma Machine kicks in it becomes apparent that the wait has been worth it and the place descends into chaos. The experience that this group has shines through, as they make the complex appear simple and have the crowd eating out of the palm of their hands as they scale their back catalogue. The rhythm section is water tight and never comes close to missing a beat, even when they run through the most complex arrangements in the set with drummer Blake Richardson looking more robot than man, as he negotiates parts that would blow the mind of most mortals. When they hit their stride and turn up the heaviness the only thing that halts their momentum is the band themselves, when they throw in one of their sudden jazzy interludes. The only issue with their set is the poor sound quality of the vocals; Tommy Giles Rogers Jr. gives a supreme performance from start to finish but the poor sound quality hampers the delivery somewhat, but even that is not enough to hold the band back as they finish their set with their recent epic Voice Of Trespass. The saying in show business goes “always leave them wanting more” and Between The Buried And Me are a testament to that fact. Hurry back lads. 8/10

The music on display tonight has been second to none, but this night belongs to the headliners, TesseracT. The atmosphere is palpable, right up to the point that the houselights go down and the five men hit the stage to a deafening roar from the crowd. From the opening notes of Luminary the band show exactly why they deserve to be headlining a night such as this, with its colossal chorus and beautiful vocal harmonies being emphatically screamed back towards them by the 2000 strong in attendance.

Tompkins is on top form tonight, he spends the entire set expertly working the audience and never misses a single note throughout, even though he spends at least half of the performance in or on top of the crowd rather than on the stage. The rest of the band are equally prolific with every tempo change, groove and complicated rhythmic left turn being performed perfectly with the kind of precision that you would expect from a team of experienced surgeons.

A highlight of the set comes in the form of the song Survival from the band’s 2015 effort Polaris. By this point the venue is in a frenzy and the crowd do their part and then some, singing every single syllable back to the band who are clearly reveling in the moment and enjoying every second. The fact that TesseracT connect on such a level with their audience is a testament to their ability to create stellar slabs of progressive metal that is as experimental as it is accessible for the casual listener.

The band continue to reel off choice cuts from all of their previous albums, with the songs from this year’s Sonder such as Juno and Smile fitting into the set list wonderfully and garnering the same kind of love and adoration as their earlier works. By the time the band deliver the album’s superb lead single King the atmosphere has reached a fever pitch and the job is all but done save for one final song, Concealing Fate, Part 1: Acceptance from the band’s debut EP.

Once the final notes have rung out the band stand in front of their adoring crowd like conquering heroes and pose for a photograph to mark the occasion. In a week where Adam Levine of Maroon 5 has slated rock and metal music for not being innovative, a progressive metal underdog story has been created and proved that metal music, particularly in Britain, is in better shape than ever. 9/10

Tags : Between the Buried and MePliniTesseract
previous article 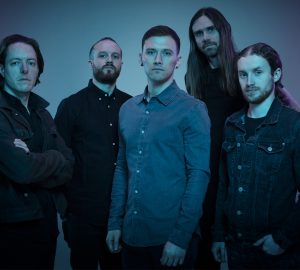