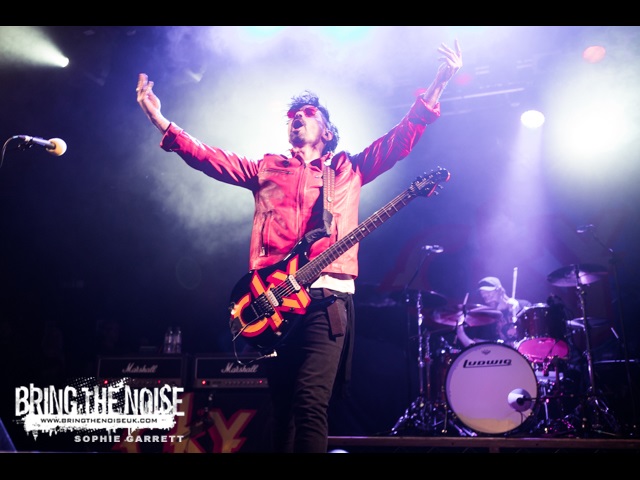 The prestigious Electric Ballroom in the heart of Camden in North London has been celebrating its eightieth anniversary this year. It has seen bands from every end of the musical spectrum headline such as Snow Patrol, Red Hot Chilli Peppers, The Smiths and Madness just to name a few. CKY are one of the final bands to take to the stage this month as the celebratory period draws to a close, and could very well be one of the dark horses for concert of the year.

Believe it or not Bullets And Octane have been around for twenty plus years, and despite being relatively overlooked in this country for many years they hit the stage tonight with all the attitude and swagger that you would expect to see from a headlining act. Their sleazy, LA rock and roll hits all of the right notes with the crowd tonight and provides a great deal of energy and fun to proceedings. The songs are catchy and upbeat and the crowd are very receptive to the impressive musicianship on display. Frontman Gene Louis spends a large amount of their set wandering around on the floor, in and out of the onlooking crowd, engaging himself with the audience and ensuring that everyone is warmed up and ready to go. 7/10

Next up are Sumo Cyco, who have created a cult following for themselves in this country over the past few years. From the moment they hit the stage they throw all of their effort into their performance and the audience seem incredibly receptive. Vocalist Skye Sweetnum races around the stage like an overly excited whippet, and screams like a banshee with seemingly never ending supplies of energy. The unfortunate issue that the band have here is that their songs are all very similar and uninteresting. This is not to say they are poor by any stretch of the imagination, they just seem fairly recycled and unoriginal, with a cover of System Of A Down’s classic BYOB providing the highlight of their by-the-numbers set. 6/10

Headliners CKY hit the stage and dive straight into the classic Rio Bravo from their beloved debut album, and Sporadic Movement from their second, to get the crowd whipped into a frenzy. This is a band who have been around the block more than a few times and know exactly what they are doing when it comes to writing a setlist for any occasion. Songs such as Flesh In To Gear and Shock & Terror sound as good now as they did when they were released over sixteen years ago, and Chad I Ginsberg does an excellent job in recreating the dulcet tones laid down by Deron Miller.

The tracks Replaceable and Head For A Breakdown from 2017’s The Phoenix get as strong of a reaction as any of the older songs in the set, with the guitar solo in the latter sounding particularly impressive with a couple of extra licks being thrown into the mix from Ginsberg. However predictably, the biggest roar from the crowd of the night comes when the band’s breakout single 96 Quite Bitter Beings rears its head at a surprisingly early stage (it is normally used to close out the show) and when the band follow that up with their version of the late, great GG Allin classic Bite It You Scum the crowd are in a state of absolute euphoria.

When they come back onto the stage for the encore the party atmosphere continues. There is no over-the-top stage production, pyro or anything of the like, just three talented musicians who seem to be genuinely enjoying their time together on stage and have their adoring crowd eating out of the palm of their collective hand. They entertain the crowd with a superb version of Disengage The Simulator and Santa’s Coming before treating us to a medley of classic songs by request to a deafening response, all adding to the fun-filled atmosphere that has been flowing throughout the entirety of the evening. The band then close out their conquering set with the amazing Escape From Hellview, and it’s a job well done for the veterans. A lesson in rock and roll and a great time just before festive period really closes in. 8/10 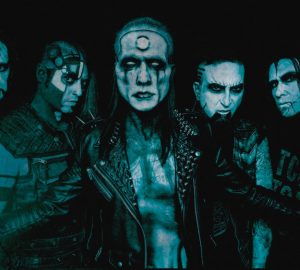 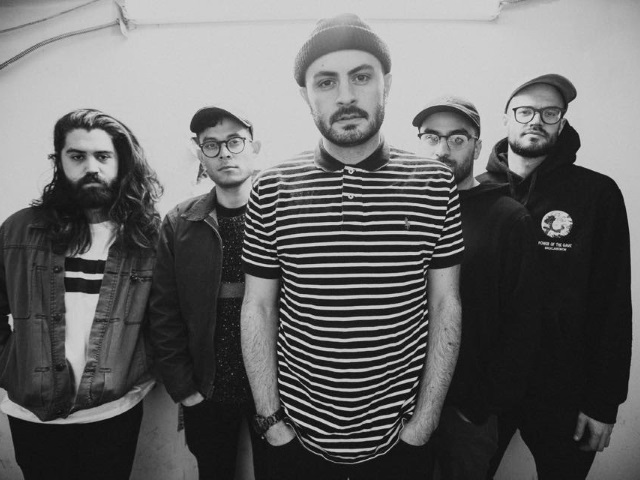