BTNUK EXCLUSIVE: Just About Done Discuss Their Time In The Studio Recording ‘I Am Getting By’ 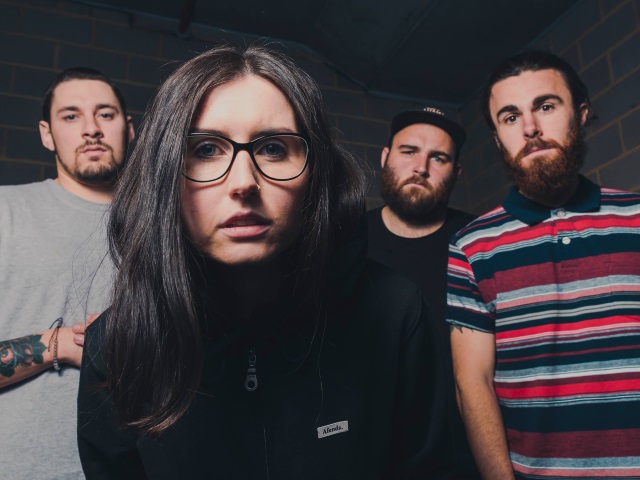 Aussie pop-punks Just About Done recently released their sophomore EP I Am Getting By. Beginning life as a school band, Just About Done reveal that their ambitions lie in bringing the art back into music, with vocalist Samantha McGee emphasising that they want to be part of the community to push along: “Listening to albums from start to finish; attaching music to memories; really being there in that point in time, listening and watching a performance, rather than watching through a screen. We know it’s possible.”

I Am Getting By is self-described as sounding like Violent Soho if you “throw a female singer on top.” Borrowing from early Paramore and The Story So Far they deliver atmosphere and attitude, in three hard-hitting pop-punk doses that brim with enthusiasm and potential. Now they are here to give you a deeper insight into how they recorded the material…

“In the lead up to recording I Am Getting By, we really made sure we were prepared. This not being a first time in the studio, we wanted to be as efficient as possible when getting in there, ensuring we had everything down.

We had recently set ourselves up with a space at home where we could track our songs to decent quality to do our pre-production. This helped us immensely and gave us the opportunity to chop and change things at the click of a button to test ideas, and also allowed us to be really critical in our songwriting process. We sat on the songs for a while and made many adjustments before settling on our final songs.

Going into the studio, we knew we wanted a different sound to our previous recordings. To do this, we searched around for a new producer, which is when we found Chris Vernon. He has produced a handful of bands from our scene so it seemed fitting to work with him and try and get the sound we wanted from him. It was the first-time meeting Chris and we immediately got along. It was a very relaxed vibe throughout the sessions, but productive at the same time. Chris also had a brand new kitten (named Jeremy McKitten) to keep us company during our downtime!

We had booked in four days to record the EP. Considering we had three songs to track, we delegated one day per song, as well as an extra day for tweaks and drum recording. The process was to track the guitars to midi drums first, which allowed us to do minor edits along the way. On the last day, we tracked the drums once everything had been decided. We tracked the vocals intermittently to ensure Sam had enough time to rest her voice.

We are really happy with the outcome and have had a heap of support from others which we are so grateful for. We think the production of this record really helped us to push our sound where we wanted it to go and helped shape I Am Getting By to what it has become.”

Just About Done‘s new EP I Am Getting By is out now, available to purchase HERE.

VIDEO NEWS: Memphis May Fire Release Video For ‘The Old Me’