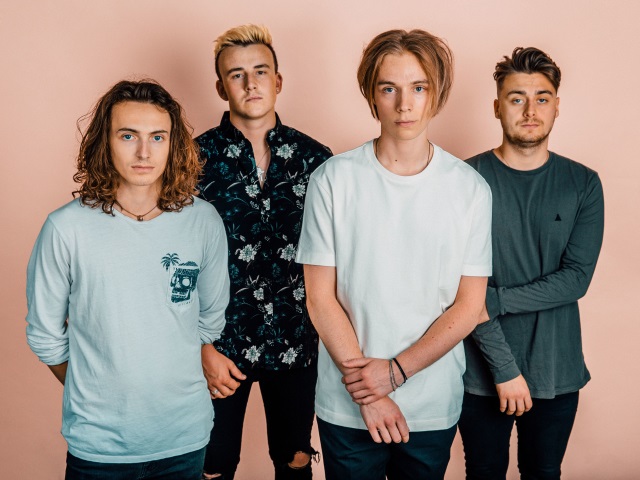 After playing on the BBC Introducing Stage at Reading Festival, we sat down with Tom Harper-Ward and Harry Acreman from Sun Arcana to hear about their busy summer, their debut EP, festival anthems and more.

You’ve just played Reading Festival, how was it for you?

Harry: It was great, fantastic

Tom: Amazing. We loved it. it was phenomenal to play the Introducing Stage.

H: It went too quickly as always. Really grateful to be there.

How are you looking forward to playing Leeds tomorrow?

Are you going to stick around or are you straight off?

T: I think we’re going to stick around, see a few bands and a few headliners.

Your debut EP As I Take A Breath… was recently released, what has the response to that been like?

H: It was our first, well everything we’ve done before had been in the bedroom.

H: It was nice to go to a studio for ten days and smash out an EP and add that professional quality to it. I think we got the best feedback we possibly could have at that stage.

T: Well they might hate it but they aren’t telling us!

You’ve had a really busy summer but what’s been the highlight for you so far?

T: I think all the festivals and stuff like we’ve played Download and now today like Reading. We never expected to get any of this at all.

H: We only found out about this a couple of weeks ago. We thought we were done for the summer!

What can we expect from an album? Who would you love to work with?

T: I think the person we’re working with Chris Coulter. His sound really fits us musically, we get along with him really well. I don’t think we’d want to work with anyone else. It’s a dream to work with him.

How did you getting a slot on the BBC Music Introducing Stage?

H: I think it was Ollie from BBC Essex, I think we were just lucky enough to be selected.

T: He put us forward and we’ve done a few sessions with him. He’s a great guy and plays us on the show a lot.

What would be your favourite lyrics which you’ve written?

T: That’s really hard. There are some new songs we prefer more…

H: There’s probably one but I’ll probably remember it on the way to Leeds.

T: I couldn’t say a specific lyric to be honest. Each song is about us and stuff that we’re going through. Hopefully, it’s relatable to our tragic lives. I couldn’t really say a lyric!

T: Plug In Baby by Muse. That absolutely bangs.

T: Seen them a couple of times and that’s been great. So yeah Plug In Baby by Muse.

T: We’re in the studio now and that stuff. Hopefully, there’ll be like a single.

H: A single this year, an album next year if we’re still alive by then.

T: Exactly and maybe a tour.