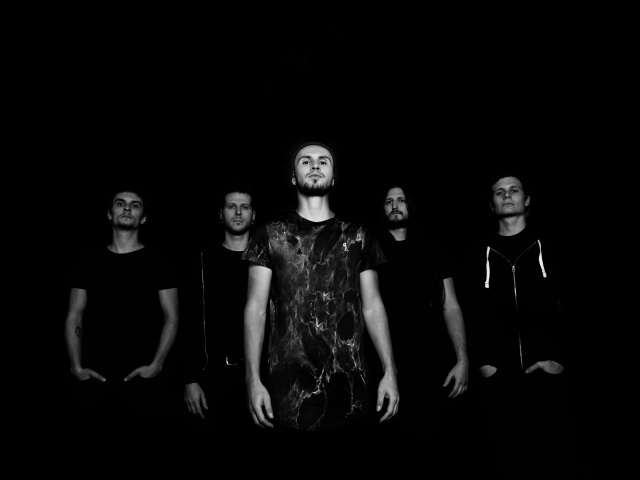 There are some seriously impressive bands coming out of France at the moment. Gojira, The Dali Thundering Concept and Betraying The Martyrs to name but a few. One that has been criminally overlooked so far in its brief lifetime is The Walking Dead Orchestra.

Since their inception 2011 the band have honed their sound and created a particularly brutal approach to modern metal music.

Following the release of their debut concept album Architects Of Destruction (based around a character named ‘The Architect’) in 2013, the band have toured extensively, sharpened their skills and polished their sound. The plan with the second full length album entitled Resurrect (which follows on the story from the previous release) seems to be taking the band to the next level and growing them into international headliners.

The album opens like most modern metal albums seem to these days, which is with a pointless thirty second track of noise and atmospherics named Calvaire, before getting into the real opening track Resurrect The Scourge. When it gets going though it is business as usual for the French bludgeoners, with drums from Cédric Ciulli resembling heavy machinery and the stringed instruments sounding thunderous, serving as the perfect backdrop for Florian Gatta to deliver his vast vocal range over.

The album continues very much in the same vein, with tracks such as Through The Realms Of Chaos and Vengeful Flavours assaulting the senses with a cavalcade of progressive time signatures, blast beats and low tuned, chugging guitar riffs. If it wasn’t for the ever-present, intricate lead guitar parts laid down by Jean-Baptiste Machon and Kevin Reymond then there would be absolutely no sign of melody in this harsh and unforgiving deathcore/death metal soundscape. But fear not, because the lead parts are readily available and not only provide melody for the tracks, but also give the guitar worshippers in the audience something to really sink their teeth into and enjoy.

After the mid-album instrumental Area Of Desolation comes the highlight of the album Demoligarchie, which appears to take a influence from the kind of stylistic shift that Thy Art Is Murder have on their latest outing Dear Desolation, where the deathcore elements take more of a back seat in exchange for a track the oozes old school death metal stylings. The vocals from Gatta are nowhere near as overproduced as they have been at certain stages of this album, and the mixing makes everything much clearer and crisp giving the well-chosen guitar tones a chance to shine.

Towards the back end of the album the style shifts back to pure brutality. With tracks such as Necrosphere and Desecrate providing plenty of head banging moments and calf-shredding double bass work from Ciulli; however, when you are three quarters of an hour into an album that barely changes from the same path throughout, it can grow a little thin and lose its impact somewhat. The upshot of this is that Resurrect becomes very stale in the latter stages and the heaviness is simply not enough to maintain the focus and interest of the listener.

Overall this is not a bad album at all; but when there are plenty of bands around the genre creating equally good, and often better and more original albums than this, it is easy to see Resurrect being lost in amongst the many. If you are looking for an album to throw on for the sake of a good head bang and decent technical death metal then this will do the job wonderfully; however, if you are looking for something new and original then we suggest that you look for that elsewhere.

For Fans Of: Thy Art Is Murder, Aversions Crown, A Night In Texas