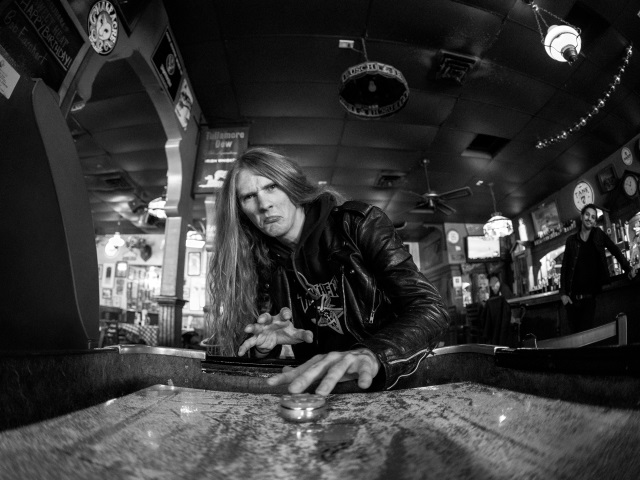 To metal fans across the globe a bit of nostalgia is always welcome. In recent times we have seen a number of bands such as Power Trip and Municipal Waste have been throwing back to the late 80s era of thrash metal, with all of the characteristics of old school thrash metal but with the clean and attentive production work of the modern era. Black Fast are another one of those bands.

The outfit formed in 2010 in St. Louis and quickly set about carving out a name for themselves as real players in the modern day thrash metal scene with their debut self-titled EP release, before being followed by two full length albums Starving Out The Light and Terms Of Surrender. The band now sit upon their third full length release and are looking to build upon the base that they have previously created with their latest outing Spectre Of Ruin.

The album opens with the track Cloak Of Lies which wastes no time in giving you an uppercut to the sweet spot on the chin. The drums are out of the gate at the speed of sound and the stringed instruments cut through you like a buzz saw through butter (a recurring theme throughout the whole of this album). The snarling vocals from frontman/guitarist Aaron Akin dial up the aggression of this song perfectly and still manage to remain as clear and distinct as ever, with the clean and crisp production work from Erik Rutan allowing them to stand out and not get lost in the mix as so many do.

As the album continues Silhouette Usurper has much more swagger rather than the previous song’s sprint. The guitars are slowed down considerably to show off the impressive selection of tone that Aaron Akin and fellow guitarist Trevor Johanson possess. The drums themselves, however, continue in the same Dave Lombardo worshiping way that they do for a lion’s share of Spectre Of Ruin, and the use of the varying paces of the instruments adds a real layer of texture to an already well written thrash metal song.

As the album progresses tracks such as Phantom I Am and Mist Of Ruin thunder their way through the speakers with their ferocious tremolo riffing and galloping by drum beats. The technicality of the music shows very little sign of diminishing as the album pushes on. The only criticism to be found at this point is the lack of variety or wandering away from the thrash/blackened thrash template that the band have worked off of so religiously.

Crescent Aberration however flips the script completely and shows Black Fast applying the handbrake somewhat. The song is still not slow by any stretch of the imagination, but it shows that the band can switch it up with devastating effect when they so choose (it is just a shame that they don’t see fit to a little more often). The track itself has some superb lead guitar work running through and the guitar solo that the audience are treated to two thirds through the song is simply sublime.

This is a very well written album and we have no doubt that it will certainly appease both their own fan base and fans of the modern era of thrash metal; however for those in the audience who get a little tired of the repetitiveness that some bands in the thrash metal scene provide, it may seem a little samey. This may seem hyper-critical if you consider that this band are not trying to hide the fact that they are an out and out thrash metal band (albeit with some black metal and technical death metal elements thrown into the mix for good measure).

All in all, Black Fast are a band that certainly know their way around a high velocity track. The pits are certain to be whipped into a frenzy when they throw tracks such as Temple Of Leviathan and Husk, and they will no doubt do very well if they keep this upward trajectory going. So just close your eyes, put on Spectre Of Ruin and imagine you are in a sweaty Bay-Area nightclub in the late 80s.

This is an album to enjoy, not to overthink.

VIDEO NEWS: Waterparks Release Video For ‘We Need To Talk’ 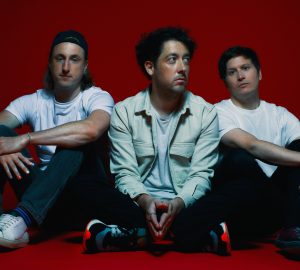