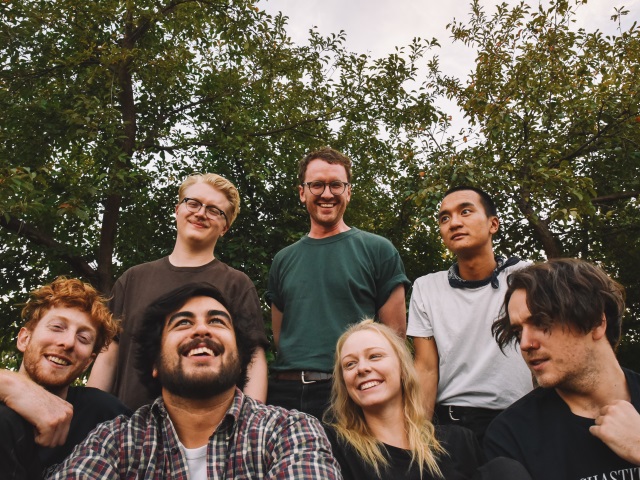 Due to release their brand new album Different Beings Been Different this month, we caught up with seven-piece West Thebarton to hear all about the record, the thriving music scene in their hometown of Adelaide and more.

To those who are new to West Thebarton, tell us a bit about yourself and how you formed.

Where do I start….. Well I guess West Thebarton started as an outlet for us to make an oversized garage rock band. All of us had been playing in other bands around the Adelaide music scene and we all loved talking about how much we wanted to play Ty Segal covers. A few years on, a bit of a change in shape, but we’re still pretty much the same people… we just don’t play Ty Segal covers anymore, instead we play pub rock that doesn’t sound like pub rock.

You release your debut album ‘Different Beings Been Different’ later this month, what are your key influences both musically and non-musically?

When we were writing and recording Different Beings Being Different, I was listening to a lot of 80s Australian rock to be completely honest. I loved the feel and vibe of 80’s INXS and Midnight Oil, but a lot of the raw parts of the record are inspired by a mish mash of things really. I’ve always appreciated it when artists open themselves up and I really tried to show that on the record. For example, when we were writing ‘Reasons’, all I could really think about was Blame Game by Kanye West. It’s his song where he just opens up, says things how they are and shows that not everything always gets resolved.

Non-musically, honestly, I really just draw influence from friends and family. I was never one to really idolize people I didn’t know personally, but I’ve got a lot of good people in my life.

Are there any standout moments from the recording process?

We recorded the album in a week and that felt and still feels like such a blur. Late nights, early starts, take away coffees, beers and an ever-half empty bottle of whisky always seem to come to mind, but there were some things that always stick with me. I had lots of trouble being happy with the vocal take for ‘Reasons’. I think some of the lyrics in that some are the best I’ve ever written, but when I was recording them, I just wasn’t happy with my takes. I kept on repeating pass after pass after pass, without really giving much through to what I had previously done. Frustrated at the end of what felt like 3 hours singing the same 3 verses, I pissed off home. When I came back in the morning, our producer Dylan, showed me a take, which ended up being the one we used. I was stoked, but I couldn’t work out where it came from. It was the third take I did….. I sang that song over 30 fucking times, and the best one was number 3. I’m still stoked with the sound of the take to be honest, but just wish I didn’t have recording fever.

Is there a song on the record that you think your fans will relate to the most?

Can I say the whole album? I think when we were writing the album, we noticed how relatable the whole thing is. Because most of the songs are stories from points in our lives, they are things that everyone really has had to go through, or at least knows about. Buuuuuuut….. if I had to put my money where my mouth is…. The album opener, Anatomy, is definitely something I know everyone can relate to, and if they say they don’t they’re a fucking liar. Pretty much this song is about how much I hurt myself when I was a kid doing stupid shit. Running down hills at full speed, climbing on things, name something stupid, I’ve done it and I’ve fucked it up along the line. But when you’re a kid, falling down and grazing your knee feels like the end of the world, but when looking back on it, you just wish you could go back in time and tell your younger self to keep their chin up. Essentially, this song is really about wishing I could go back and cheer my younger self up when he got down about hurting himself. It felt like the end of the world, but it was fucking far from it.

You guys are from Adelaide, what’s the music scene like there? Are there any local bands who you think we should check out?

The music scene is thriving at the moment, I feel like the city is inundated by a huge amount of great bands, artists and producers. Absolutely, check out Paradise Club, Siamese, Faraday Waves, Bec Stevens, Burnside Mums, Stork, Champion the Boy, Heaps Good Friends, Goonbomb, JD Gunslinger, Colourblind and so many more – I wish I could write down all of them.

You’re playing Boardmasters and Reading & Leeds in the UK this summer, what can we expect from your live show?

When can we expect you to tour over in the UK in support of the new release?

Through August, but past that point, I’m not sure! Hopefully soon! 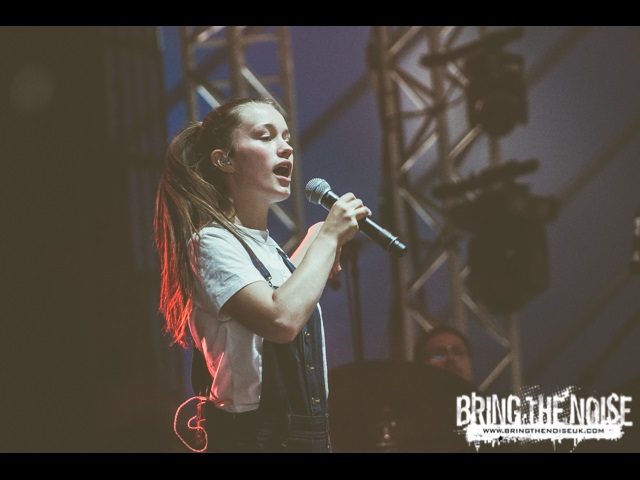 FESTIVAL FEATURE: Ones To Watch At Reading & Leeds Festival 2018