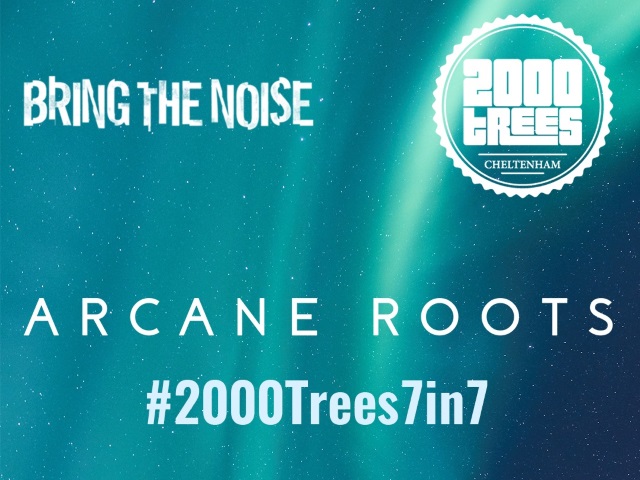 With the surge of the digital age making music more accessible than ever, bands need to pull out all the stops when it comes to capturing their audience. Live music is arguably more crucial than ever, in both venues and at festivals; Adam Burton, bassist of rock trio Arcane Roots, agrees: “live music has always been important, but in recent years, it has become vital to bands,” he explains. “With record sales/revenue from the sale of music diminishing, playing live is the best way for bands to earn what they need to keep going. This has definitely been true for us. Festivals are especially important, as they are a way of putting you on a platform where you are playing in front of people that might not know who you are, so they are a chance to gain new fans.”

While the popularity of streaming services such as YouTube and Spotify may seem somewhat detrimental to music revenue, they also allow for greater access to new music through recommendations, which in turn can lead to an increased fanbase. “I think the various online platforms that people listen to music on, have actually helped to get more people to shows,” Adam comments. “Speaking from personal experience, we get many fans and people at our shows saying that they stumbled across us on YouTube, through recommendations, or through a Spotify playlist etc. Without them they wouldn’t know who we are and therefore wouldn’t be at our show.”

Whether a band is playing to curious festival-goers or dedicated fans, it’s crucial to put on a showstopping performance that will leave the crowd wanting more. If you’ve had the pleasure of seeing Arcane Roots live, you will know how meticulous they are when it comes to their show; in fact, “endless minutes, hours and days go into planning,” Adam explains. From lighting to interludes, the trio consider every fine detail. “Our priority over the last few tours we have done, is to write the whole set, creating moments between songs, trying not to drop the energy, but also creating moments of calm where it’s needed,” he adds. “Creating extra sounds and moods through synths that can cover us between songs, has become important. But the biggest thing for us has been implementing our lighting show. Because our lighting is all in sync, each light is programmed meticulously within each song, which in itself takes days to do.”

“I think we have grown a lot over the years, and matured, this especially comes with our live show,” Adam comments. The more a band plays together and understands their audience, the more they will hone in on what their live show should entail; the admiration of the crowd at any Arcane Roots show is a testament to their ability to grasp this point wholeheartedly. “We have always tried to play with a lot of energy, and put everything we have into our show, I don’t think that has changed. But sonically, and making each show more than just a ‘gig’ and some guys playing some songs, has become a priority for us,” he explains. “When we first started out we wanted each gig to be pure, just the three of us, guitar, bass, drums and vocals. But as we have gotten older and experienced tours and shows with bigger bands, we have learned that to fill a venue with your sound, you need to look beyond your basic instrumentation. Synths and soundscaping have become vital to our live show. This also goes hand in hand with our lighting production, which we carry our own gear, specially tailored for our set.”

A lot more planning goes into live music than you might think. Not only does a band have to consider what goes into their performance, they also have to plan it based on what type of show they are playing. “There are a couple of things we consider for a festival show that we can’t really get away with for a tour set,” says Adam. “The first thing, what is the ‘vibe’ of the festival. I think we have a fairly eclectic mix of songs under our belt, so we have the luxury of writing a set for each festival, whether it’s heavier, more melodic or even more electronically based. The other main thing is just the practicality, how can we make the songs we want to play, as good at a festival, as they are at our own shows, without having the luxury of extra time and space that we do at our own gigs.”

Arcane Roots are gearing up to perform at 2000trees in July, a festival that has supported the three-piece continuously over the years, and one that they hold close to their hearts. As Adam reminisces: “I think we have all joked in the past that we get angry when we are even ‘asked’ to play, as it’s the one festival we will always do regardless of anything else going on, so we tell our team, always say yes! The guys behind the festival are incredible, they think about each detail to make the experience amazing for both the bands playing, and the fans. We have been playing 2000trees for many years now – even earlier in our career, when we were less well known, we were asked to play. So it kind of feels we have grown together, and we have seen the line up and the profile of the festival just get bigger and bigger, which is just amazing.”

“Each time we play, we are further up the running order. We have now made it to the main stage, which is just an honour to play, and we can’t wait to play this year,” he adds. We ask him if he has a standout memory of the festival: “I think a favourite memory, personally, was recently, throwing a rugby ball around with some random people at the festival on a sweltering day, with a beer in hand. It just encapsulated the vibe of the whole place. We had just played to a brilliant crowd, and here we were, amongst them just chucking a ball around.”

So what can we expect from Arcane Roots at this year’s 2000trees? “We have a few things planned that we are keeping under our hats, so a few surprises,” Adam explains. “There will be some old and new songs thrown into the mix, as well as some possible alternate versions. As always we try and make each show different. And this year we hope to make the show a special one.”

We’ll see you down the front.

2000trees Festival takes place in Upcote Farm, Cheltenham between the 12th-14th July. For further information and to purchase tickets head to the 2000trees website.

MUSIC NEWS: As It Is Announce Details Of New Album ‘The Great Depression’