ALBUM REVIEW: Senses Fail – If There Is Light, It Will Find You 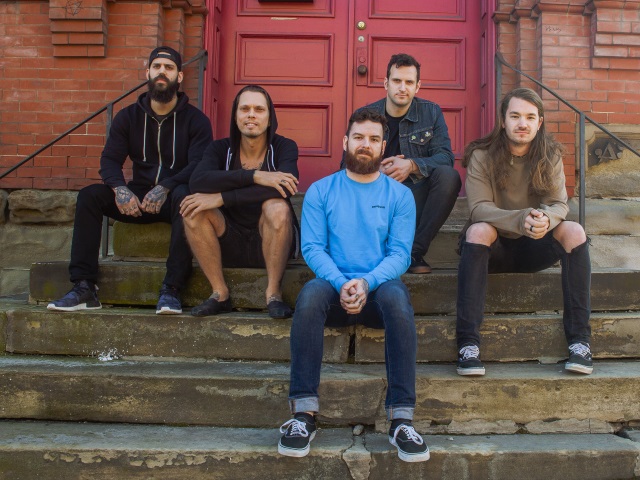 When post-hardcore barged its way back in to our collective view with its revival in the early 2000s, very few would have imagined that many of the bands that emerged around that time would still be alive and kicking to this very day; and to be fair in many cases, they were right. Sure, certain bands such as Silverstein, Underoath (after around thirty member changes and a hiatus) and Alexisonfire (again, after a rather lengthy hiatus) are still fighting the good fight, but plenty of decent bands such as Funeral For A Friend, Hundred Reasons and The Bled have fallen away and folded in recent times.

One of the bands that have lasted through the years is Senses Fail. The quintet have learned throughout the course of their sixteen years, seven full-length albums and three extended plays that you have to roll with the punches. After all, you adapt or you die. Over the years the band has mastered the art of creating heavy, guitar driven music and fusing infectious melodic runs with screaming, aggressive vocals to appease all sorts of fans. Throughout recent times Senses Fail have experimented a little more, particularly with their 2013 release Renancer which threw aside virtually all of the clean singing that had been such a prominent part of the Senses Fail For well over a decade. This decision paid off in the long run as it gave the band a chance to vent their aggressive tendencies and gave them a new lease of life, which continued with the follow up release in 2015 Pull The Thorns From Your Heart.

The big question on the minds of the fans leading in to If There Is Light, It Will Find You is whether or not they will carry on down this heavy route or head back towards their more melodic roots?

The answer is the latter and it’s one that is found very quickly. The opening track Double Cross begins with a riff that wouldn’t be out of place on the band’s stellar debut full length release Let It Enfold You, and provides the kind of groove that is sure to throw any listener back to the summer of 2004 for a little taste of nostalgia. Vocalist Buddy Neilson has found his singing voice again and powers his way through the catchy verses and colossal chorus hooks, with the ever-present backing vocals provided by former bassist, come guitarist Gavin Caswell, adding another layer to the proceedings. This song is a wonderful throwback to Senses Fails’ earlier releases and this is none more obvious than the heavy, screamed break in the second verse of the track which is a welcome shift in dynamic and a brilliant example of the band’s ability to shift gears at the drop of a hat.

The next standout track on the album is New Jersey Makes, The World Takes. With its upbeat, up tempo rhythm in the introduction and accompanying melodic chord progression the track gives off more of pop punk feel than the straight up hardcore stylings that the band have been using of late. The contrast throughout this song is fascinating, with the vocal melody and almost jovial instrumental work differing completely from the morbid subject matter that the lyrics tackle. Neilson talks about how he is desperately worried about his friends and their current states of mind, whether it’s through drug abuse or depression, and how he came through the other side of the battle with his demons and intends to ensure that they do as well.

As the album continues we see another one of the albums highlights Gold Jacket, Green Jacket… which is another fun, sing-a-long tune that is sure to get the concert goers moving. This song is full on pop punk. Once again the lyrics are in complete contradiction with the styling of the track itself, which appears to be upbeat with the vocal melody and chorus standing out, leaving a lasting impression on the listener (this one in particular is a real ear worm). One thing of note for this song is the brilliant music video that accompanied it prior to the release, which shows Neilson wandering around a suburb in the US blowing glitter in miserable people’s faces to get them to lighten up and join in the party. Simple, but entertaining.

The only issue to be found with this album is one that comes down to opinion. If you are a fan of the aggressive side of Senses Fail that the band mastered with Renancer then there is nowhere near enough of that brand of song on this latest release. However, if you just so happen to be a fan of the more melodic and sickly-sweet side of the band then you best pull up a chair and tuck in because there is plenty for everyone.

This album just goes to show that even this far into their career the boys in Senses Fail still do what they have always done: write clever, emotive music that keeps the fans happy and the neutrals paying attention. They may not be breaking new ground with If There Is A Light, It Will Find You, but this album is yet another great addition to a superb back catalogue and will sit snuggly in and amongst the previous releases on the band’s forthcoming setlists.

For Fans Of: Silverstein, Taking Back Sunday, Hawthorne Heights

VIDEO NEWS: Frank Carter & The Rattlesnakes Release Live Video Of ‘I Hate You’