2000trees have confirmed their first wave of acts for 2018, due to take place in Upcote Farm, Cheltenham between the 12th-14th July.

The first headliners confirmed for the festival are At The Drive In (UK festival exclusive), who will perform on the Thursday.

“We’re very excited to announce that 2000trees Festival is now a full 3 day festival and for the first time ever we’ll be opening our main stage on the Thursday,” says festival organiser James Scarlett. “I can’t think of a better way to do this than with our headliners AT THE DRIVE IN. Let’s not forget that this is a band that released arguably the most important rock album of the last 20 years (with ‘Relationship Of Command’) and influenced literally ALL our favourite bands in the process. That’s before I even mention their live show. The band are absolutely on fire right now, touring with the also brilliant Royal Blood on their recent UK dates together. At 2000trees Festival they’ll be playing a full length headline set and I for one cannot wait!”

Also added to the line-up are Creeper, Arcane Roots, Basement, Touche Amore, Hell Is For Heroes, Turbowolf and Gold Key.

For further information and to purchase tickets head to the 2000trees website. 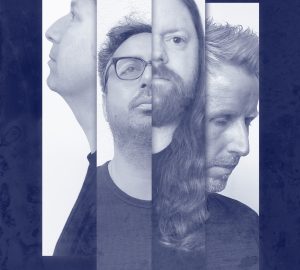