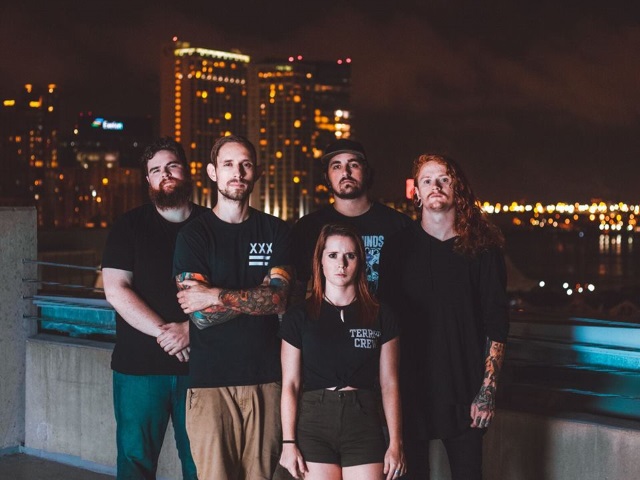 Hardcore outfit Sharptooth have joined the Pure Noise Records roster, due to release their debut album Clever Girl via the label on the 27th October.

To coincide with the announcement the five-piece have released a video for the title track Clever Girl, which has a very important message behind it as vocalist Lauren Kashan explains:

“Clever Girl the track is all about aggressively fighting back against the hands that chain us. It’s about “biting back” against oppression of all forms, be that by people in your life, in your society, or systemic forms of oppression like sexism, racism and bigotry. The song was inspired by an argument I had with a guy who tried to tell me and a bunch of other women (many of us survivors of sexual assault) about how WE should feel about sexual violence. And all I could think in that moment was SIT DOWN AND SHUT UP because this person had absolutely no right to speak on the subject, let alone talk down to us. I think anyone can relate to the experience of having someone who has no idea what they’re talking about, either trying to talk down to you or control you. This is a call to arms for any and all marginalized people for our voices to be heard and for everyone else to take this time to simply listen.”