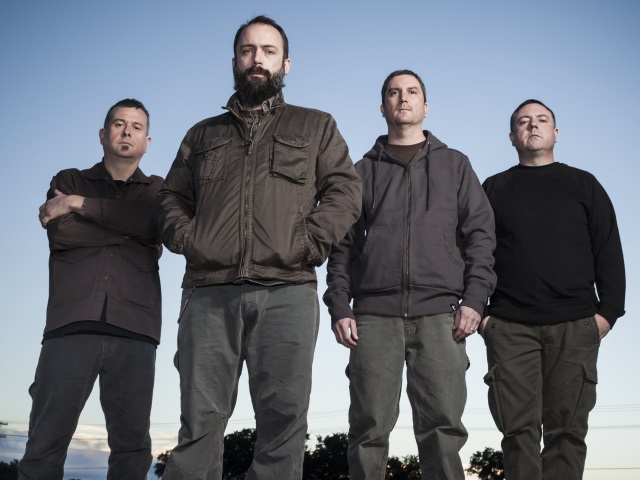 Download 2017 saw Clutch take to the Zippo Encore stage – we spoke to drummer Jean-Paul Gaster about the challenges of having eleven albums worth of material to choose from and why doing things their own way has been vital to their success.

We’re talking to you at Download, what does the festival mean to Clutch?

It’s a legendary festival so it’s an honour to have been asked to play before and we love coming back especially when it doesn’t rain!

Is there anybody you’re hoping to catch today while you’re here?

Opeth plays right after us so I’m hoping to see them and then right after them is Slayer so I’m going to make an effort to see both them. Then who knows what’ll I do after that!

How do festivals compare to playing headline shows and do you find it hard to shorten your setlist?

It can be tough to shorten the setlist as we have so many records now that have been around for a long time so it’s a pretty diverse collection of songs that we can choose from. Sometimes it makes it more difficult as the set is short, we’re putting a new song into the setlist today and we’re excited about that. I like them both as festivals give the opportunity to play in front of fresh ears and we very much enjoy that but then a club gig is a club gig and we enjoy that too.

Do you find the old or the new stuff is better received by the fans?

I’m proud to say at this point our fans are pretty well versed in the older stuff as well as the new material. There was a time here especially when we came to the UK where they weren’t familiar with the older stuff and I think Blast Tyrant was a record which really caught a lot of people’s ears and that record seems to have a special place here so we enjoy playing those songs. But I think Clutch fans are pretty dedicated as they’re versed in all the material.

Did you always know you wanted to be a musician or did you have other career ideas?

I had other ideas, I never really persued them in a real way I was a welder for a while I didn’t particularly enjoy that. We started the band and the idea was just to play shows and make good recordings, we never set out to make this thing a career. The idea was not to make a million dollars, it was not to be on the radio, it was not to sell out arenas, it was really just the four of us getting together to make music. Fortunately, we’ve been able to make a career out of it and we’re very appreciative of that.

You set up your own record label in 2008 but what made you decide to do that?

We finished our obligation to DRT which at that point was probably the fourth, fifth or sixth label we’d been signed to. Signing to other labels is always a source of great frustration for us as I think the label would get excited and see that the band had an audience and they thought they could blow this thing up and make it huge. But you know Clutch music is not an easy sell, it’s a different sound to a lot of the more popular bands out there. We don’t really look particularly cool and I think because of that the label would immediately be as frustrated as we were as they couldn’t sell us as well as they wanted to. We decided we had to do this thing on our own and if we did it really terribly we thought it would be better than any other situation we’ve been in. It’s turned out for the best. We’ve continued to learn and try new things with each release and at the end of the day, it’s a much better place to be in.

Finally, what’s next for Clutch?

A new record. We’ll go and record shortly after the new year, we’re still working on exactly what that record will be as we have a collection of tunes now. Like I mentioned before we have a new track in the set, for us that’s a very important part of the process as you really get to see what the song is really about at that point. These days as a drummer I’m very conscious of the pulse of that tune as I’m very conscious about not just what I think should be the pulse. I really try to let the music speak for itself so the things you pick up in a live setting are crucial as for me that’s where the song comes to life and I can really feel what this tune is supposed to be. I listen to the other guys and the audience reaction and it helps to build the song which is super important.