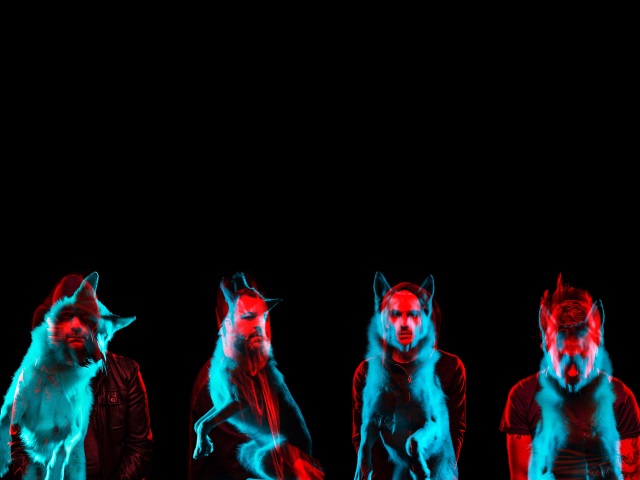 American punk band Rise Against are back with their eighth studio album Wolves. Never a band to shy away from politics or global issues, the record is heavily influenced by the recent US election and the current administration.

In this day and age any punk fan worth their salt knows about Rise Against, be it from their previously acclaimed albums Appeal to Reason or Endgame or from their collaboration with Vans, creating a vegan friendly range of products. For those not in the know, Wolves opens with the album title-track and is exactly what the band represent: it’s loud, aggressive and who doesn’t get pumped up with lyrics like “But are you ready to explode? Like a tiger in a circus? Cracking whips are all I know. And searching for a sense of purpose.” It’s Rise Against through and through, and as introductions and opening tracks go, it’s a fine way to kick off a charged and emotive album.

We mentioned that Rise Against have always been active on the political front, with their Democratic views no secret, so it’s no surprise when looking at tracks like How Many Walls and Mourning In Amerika [sic] that once again, they’ve expressed their views through their music. Mourning In America is a protest track, like there is a mourning to what is happening in America and, to an extent, in the wider world – vocalist Tim McIlrath has even been quoted saying that “We’re not an American band, we’re a global one. We have Trump, the U.K. has Brexit. This is a human problem.”

It’s not too difficult to figure out what walls – both literal and figurative – the band are singing about in How Many Walls. We would recommend that you seek the lyrics out from this track, it’s very well written and clever, focusing on walls that are so prevalent in the media these days. McIlrath does have a way with words, and throughout the band’s career it’s always been the content of the vocals that sets Rise Against apart from other bands.

Interpret it as you wish, but all we can say is despite the current administration and the state of the world, at least it provides good writing material!

Bullshit continues this political trend and pretty much describes what the band think of the issues we’re facing: they sing about burying your head in the sand and how silence brings about compliance, and the more you listen to it, the more you want to make a difference. This track has a sense of familiarity to it, sounding quite like the Endgame track Help is on the Way; and it was a clear favourite of ours.

We also really enjoyed Politics of Love; it could be interpreted as a track about the end of a romance, as well as not stopping something bigger happening. It’s about events that have happened and how they could have been different, as the band puts it, “So we board up the windows we used to look through
I should’ve said something. Yeah, I should’ve said something to you”. It’s probably the only track from the album that gave us goosebumps.

In terms of the actual content,  At 11 tracks and 40 minutes, some might argue it’s too short but, we’re happy with it and gives us the excuse to stick it on repeat!

For Fans Of: Billy Talent, AFI