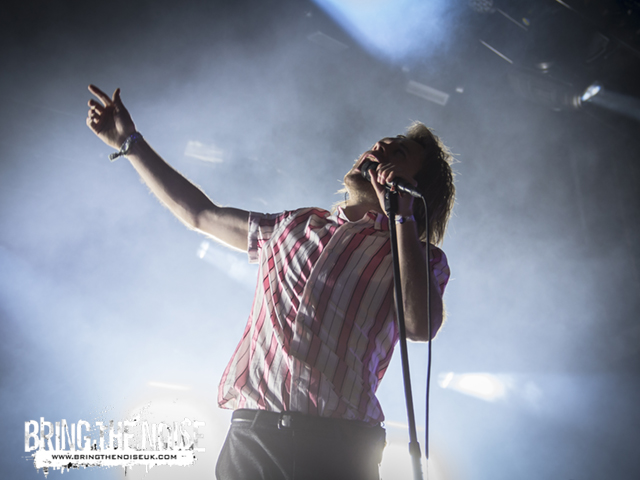 It was foretold that Slam Dunk Festival comes but once a year, falling on the bank holiday of May. What we know for sure is that the annual event signals the beginning of the music festival season and as always Bring the Noise UK was there to help get the the party started with some of our favourite bands from across the globe.

Kicking things off on the Jaegermeister Stage (Main Stage) was Andrew MacMahon in the Wilderness, this is the guy that used to front pop punk outfit Something Corporate. He’s one of those guys were you have heard his music before but not realised it’s him. Opening with Walking in My Sleep the crowd begin to wake up a little. Performing his set with ease, the energy gradually picks up. MacMahon effortlessly runs through his set in which he plays a cover of I Woke Up in a Car from his Something Corporate days as well as putting his heart and soul into his better known singles. It’s a shame he got the bad deal of opening the stage as he could have drawn a far bigger crowd, but he still put on one hell of a performance. 6/10

Over on the Signature Brew Stage we are force-fed a gallon of wakeup juice in the form of punk mentalists Sorority Noise, who up the energy factor and get the festival crowds worked up. Hailing from Hartford, Connecticut it’s the very first time these guys have touched down on Slam Dunk soil and they are here to shred your faces off. Blasting onto the stage with as much energy as humanly possible these lads clearly want to burn a lasting impression into your cerebral cortex. Running through tracks from their latest outing You’re Not As _____ As You Think its fairly safe to say it wont be long before we see these guys back in the UK again. 8/10

One of the bands that we were most hyped for were the Japanese bringers of mayhem Crossfaith. Bringing back once again their brand of electronic infused metalcore all the way from Osaka our ears are treated to a vicious roasting. Last time they were here they were hidden away on a tiny little stage in the O2 Academy, this year they have been upgraded to first class. Now adorning the Jaegermeister Stage in Millennium Square they obliterate the crowd by pumping through hit after hit. Opening with the title track to their 2015 album Xeno, they quickly power straight into huge hits such as Monolith before being joined on stage by Beartooth frontman Caleb Shomo to perform Ghost in the Mirror. Fans leave happy after Prodigy cover Omen is performed in the latter minutes of the set. 10/10

Next up we had to get our running shoes on and make a mad dash across the festival site back to the Signature Brew Stage in time for Milk Teeth. Fronted by vocalist come bassist Becky Blomfield we are treated with a teen angst and attitude-fuelled set and we love it! Recently signed to Roadrunner Records, big things are expected from this quartet. We all know you don’t get signed to Roadrunner for nothing, and these guys definitely lived up to our expectations. Playing hits from their recent studio album Vile Child we are treat to one hell of a set. Blomfield has so much attitude as a strong and talented front women and definitely spearheads the next generation of female led rock bands. 8/10

Back over to Jaeger now for festival veterans We Are The Ocean who are here to perform one of their very last shows as a band before going their separate ways. They performed on this stage just a few years ago with a pretty action packed set. This time things seem a little different and its almost as if their is no atmosphere between the band members anymore. The set lacks a certain something and the band could easily be confused for a set of session musicians who have been hired to perform at an evening suarez. They looked bored, worn down and as if they are waiting for the set to finish. It’s a sad way to see the band perform in their final shows, but it seems as if there is just no passion there anymore. They fail to draw much of a crowd resulting in a slow paced and painful set. Liam Cromby lacks his usual charisma that usually keeps the band afloat. 2/10

We stay put at this stage and wait it out until our pals Bury Tomorrow make their entrance to deafening screams. Stopping off in Leeds in the midst of their travels the lads take to the stage with all of the might and fury of an oncoming storm. Ripping through tracks such as Man on Fire and Knight Life these Southampton based noise makers impress over and over again. Always proving that they are at the top of their game in the metal scene, their set is a massively memorable moment in the days proceeding and goes down a treat with their fans 7/10

Turnover are the surprise of the festival with what we could only describe as music to surf to. What they achieved in Leeds was the recruitment of many new fans. It probably isn’t a surprise that their chilled brand of dream pop is likely inspired by their roots in Virginia Beach US. There is a certain intricacy in their sound the we feel incredibly bowled over by and the band are so humble in their reception to their fans. The voice of vocalist Austin Getz has a soothing quality that goes hand in hand with the band’s unique style. 7/10

The new stage for 2017 is the Fireball Stage, taking place in a brand new location; the Leeds First Direct Arena. We make it just in time for ska punk legends Reel Big Fish who seem to be completely bowled over by the scale of the venue and the sheer volume of screaming fans in attendance. Going through the paces of their usual high energy set of greatest hits they put on a fine performance but are unfortunately lacking a little bit of their usual charisma. They end the set with their classic cover of Take On Me much to the delight of their fans. 5/10

Making a maniacal dash back to Millennium Square we manage to take position just as Beartooth clamber onto the stage to a ear drum popping reception. These Ohio natives are one of the most anticipated acts of the day and burst into their first track Aggressive with all the might of a hungry orca hunting a seal pup. Rallying through track after track the crowd are euphoric; and as the set comes to an end with final track Hated the fans can’t help but feel the set ended far too prematurely. It would have been insane to see these guys play through some more of their skull obliterators, but we guess we all need time to recover for the headliners. 8/10

It’s late afternoon and we suspect something special is going down, the Signature Brew Stage is flooded with teenage girls and their hormones swooning after the frontman of the next act. Solitary sticks of incense burn in each corner of the stage signalling a calm before the storm and as the sound guy signals he’s ready the crowd comes alive. Strolling onto the stage wearing a long green trench is ex My Chemical Romance guitarist and his band Frank Iero and the Patience. Now it all makes sense, as the riffs kick in our ears are treat to blast of high tempo post punk awesomeness. As he rallies through a set of tracks from album Parachutes the fans are loving every second of it and rightly so, it was one of the biggest moments of this years festival so far. 10/10

Don Broco are next to take the lead over on the Jaegermeister Stage, they bring their unique eighties infused brand of hollister-core. Presenting their bizarre style for the second time in 3 years at the festival, the crowd receive them well despite a rally of technical issues as they take to the stage. Stopping the whole set to complain to the audience about the issues, frontman Rob Damiani creates an uncomfortable and cringing few moments as he struggles to function outside of the rehearsed set structure. The mood picks up a little as the band put their signature energy into performing singles such as Automatic and working through to close their set with Pretty. Towards the end the band rescue what started off as a disastrous set, unfortunately it still leaves a sour taste in the mouth of some festival goers. 3/10

Headliner time is here and as the lights go down on the arena everyone is on a knife edge. It’s ten years since Enter Shikari released their ground breaking debut Take to the Skies and tonight they promise to celebrate that in the only way they can. Opening with track Enter Shikari they rally through track after track of pure gold. Beneath a sky of lasers and strobes the lads from St Albans have perfected their art over the years and performed a set that represents a more mature incarnation of the band without losing any of what made them so special when they started out a decade ago. Performing the down tempo and eclectic track Adieu the band leave the stage before returning for an encore of Redshift and Ok, Time for Plan B. 9/10

As the set ends there is a sense of Deja Vu induced electricity among fans of a night that wont be beaten for a very long time. 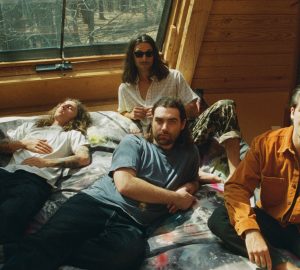 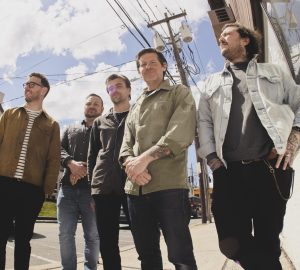