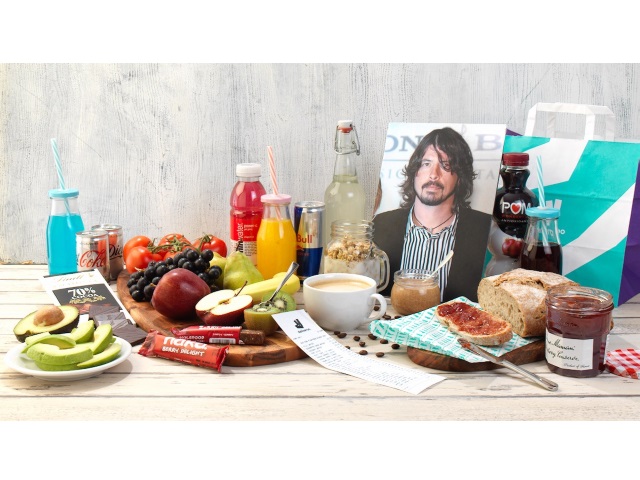 Missing out on going to Glastonbury this week? Deliveroo have got you covered with their Rockstar Riders, allowing you to live like a rock star and order the food demanded by some of the stars performing at this year’s festival.

The packages are available through the Deliveroo app and online between the 21st-26th June and will offer food identical to that demanded by the Foo Fighters, Katy Perry and Ed Sheeran in their dressing rooms before taking to the stage.

“Glastonbury is a British summer tradition, but we know that every year, a large amount of people miss out on the experience,” comments a spokesperson from Deliveroo. “We wanted to do something fun for the disappointed fans at home, and we hope eating and drinking like the stars will give them a taste of Glasto from the comfort of their own homes.”

Foo Fighters frontman Dave Grohl has an Everlong package made up of ninety-two items, including 65% cocoa chocolate bars, pomegranate juice, crunchy peanut butter and jam with over thirty-one pieces of fruit to keep a healthy balance. This rock stars rider will set you back a grand total of £145.10.

Equally, you can chow down like California Girl, and pop diva Katy Perry with some slightly more up-market demands, including a bottle of Pinot
Grigio, dried apples, and some freeze-dried strawberries. These mixtures of fresh and fancy delights for one costs just £21.90.

Alternatively, eat like Ed Sheeran and his A-team for £57.31, by enjoying some down to earth Robinson’s squash, Fanta, and a jar of manuka honey to sooth those sore vocal chords before singing along with the TV.

All you have to do to get your hands on one of the riders is go onto the Deliveroo website or app and search for Rockstar Requests – but be quick, as they will sell out fast!

Which one will you choose? 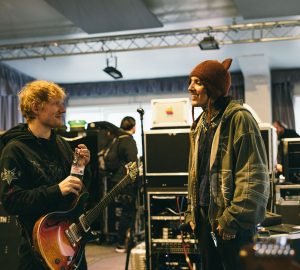