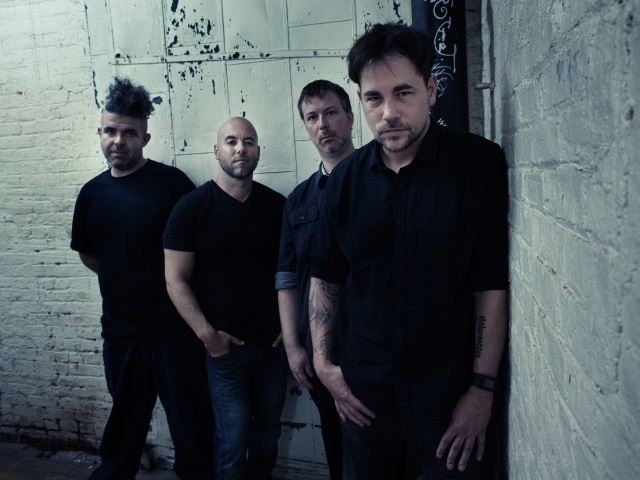 Having released their third album Meta in September 2016, Long Island tech-metallers Car Bomb recently toured the UK with the mighty Gojira. We caught up with bassist Jon Modell to hear his tips and stories from the road, from his most embarrassing moment to the most rewarding.

That moment right before we take the stage. That rush of adrenaline and nervousness. Should I take a piss? A shit? Ehhhhh…no time for that!!!

Clean Socks/Underwear
Coffee
Water (both full bottles for consumption and empty ones if you need to piss in a pinch)
Earplugs (mostly for everyone else…I’m a snorer!!)
WiFi
** Bonus One ** PATIENCE!!!

Sightseeing when in Europe.

Finding out that we were going to be direct support for Meshuggah on their 25-year anniversary tour. It was our first time in Europe. Such an honour!! Does it get any better?

I, on a few occasions, have fallen down while performing. I don’t know if it’s that rush of adrenaline or the beginning of a neurological disease, but it’s pretty funny seeing me go down…and down hard!!! BOOM!!!

During this past Gojira tour, Head and Ray from Korn came to watch our set in Germany. They were playing elsewhere the same night and popped out of their gig to see ours. We had no idea that they were even fans and were completely honoured and humbled by it. Fucking Korn!!!!

Mike passed out in the Sprinter late one night on the The Dillinger Escape Plan tour. He had had a couple of drinks. We were doing like 70mph down some highway and Mike thought we were stopped. He stood up in the van and opened the sliding door as to walk out to take a piss. We were all like ‘WHOOOOAHHHHHH MIKEY!!!!!’ Our guitar tech, Nick, grabbed and pulled him down. He then realized that we were moving and was sobered by the moment.

Also during this past Gojira tour, we had an off date and played our first European headline show in Derby UK. It was a Monday night and none of us were sure how the night was going to go down. Would anyone show up? Would there be 5 people there? To our delight, about 200 kids came out and were singing and dancing to our tunes for the hour or so that we played. Apparently, we can hold down a headlining spot…on a Monday night…3,500 miles from home! Thanks Derby!!

BTNUK EXCLUSIVE: All At Sea – ‘Systemised’ EP Track By Track