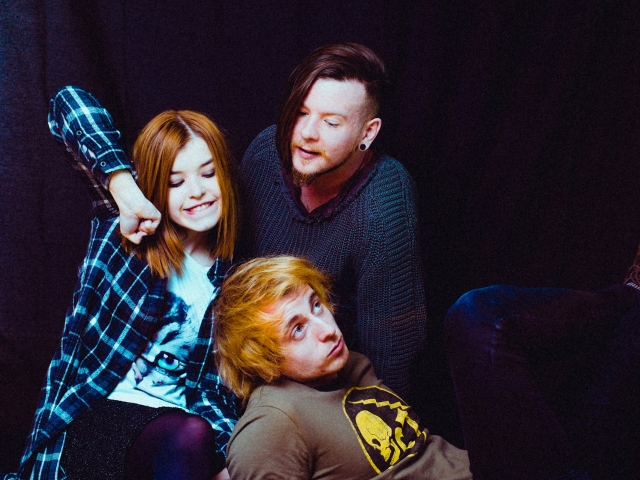 Currently in Austin, Texas performing at showcases for SXSW, before they return to UK shores for a shows in support of their forthcoming single Not My Fault, it’s non-stop for False Advertising. We caught up with the band to hear their stories from the road, from being at Abbey Road to late night Greggs.

KFC, we fricking love KFC. We’re not looking for any endorsements, it’s just a fact. In an ideal world we would like to eat healthy on the road, why nobody has dared to open a healthy fast food restaurant chain is arguably a sad reflection on society.

Driving, I have to drive us everywhere because the other two in the band don’t and hiring drivers wipes out your budget. First world problems I guess, keeps me sober too which is a whole load of laaaaaaaaame.

Sweets, Good playlists (we made a playlist of our ultimate road trip tunes just the other day actually),
Google Maps, Lord of The Rings Documentaries, daft in-band humour.

Attempts at ’20 Questions’ and similar games have failed miserably, generally music is key and we talk business too as this is about as close as we get to band meetings.

For me it has to be going to Abbey Road to get a couple of tracks mastered (courtesy of Too Pure Singles Club). I’m a sound engineer by training and Abbey Road is the world’s first purpose built recording facility – hallowed ground. Our engineer Sean Magee was a total dude and answered every one of my incessant barrage of questions.

When we were filming a music video in an amusement arcade, Josh went for a smoke outside and messaged us “There are owls out here”. The next hour was spent stroking and learning about owls, it was ace.

We still haven’t managed to trump Jen walking on stage without her guitar and having to run backstage again leaving me and josh looking bemused. It was our first ever gig though so fair enough I guess.

Finding out we had been picked by Bob Mould to support him at the Academy 2 in Manchester. Totally mental and a true honour. Admittedly some story about being arrested would be more outrageous but we all a bunch of goodie-two-shoes.

We recently played a gig in Newcastle and the venue owners ran it like a private party, we ended up having a Jam afterwards with this 9 year old kid called Charlie on drums, he was ace. Then went onto an awesome rock club I do not remember the name of followed by Greggs at 4am? How? Then back to the our host’s house for hot tub and whisky times. Jen was trying to beat her personal record for holding her breath for reasons only known to herself.

Playing Kendal Calling and seeing our crowd grow and grow throughout the set until it became the largest crowd we’ve ever played to.

Not My Fault is out on the 31st March.

Catch False Advertising at one of the following dates: 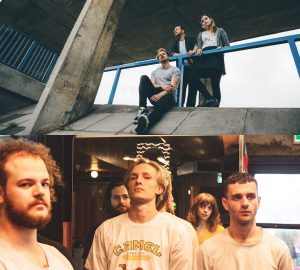