2000trees Festival has announced further names for their 2022 event. The festival will be taking place between 6th – 9th July 2022 at Upcote Farm, Withington.

20 new additions have been added to the festival line-up and include the likes of The Chats, Roam, Dream State, Delaire The Liar, Tigercub and Phoxjaw. The new names also include a number of British artists making their 2000trees debut including ZAND, Superlove, Swim School, Ian Miles and The Hara.

Speaking about their appearance at the festival, The Chats’ Eamon Sandwith says: “After being stuck in Australia for nearly 2 years, I have never been more excited than to get out to the Cotswolds to drink some warm beer and play at what we’ve been told is the best festival in the UK”

The new names added to the line-up can be seen below alongside the previously announced artists which include headliners IDLES, Thrice and Jimmy Eat World. 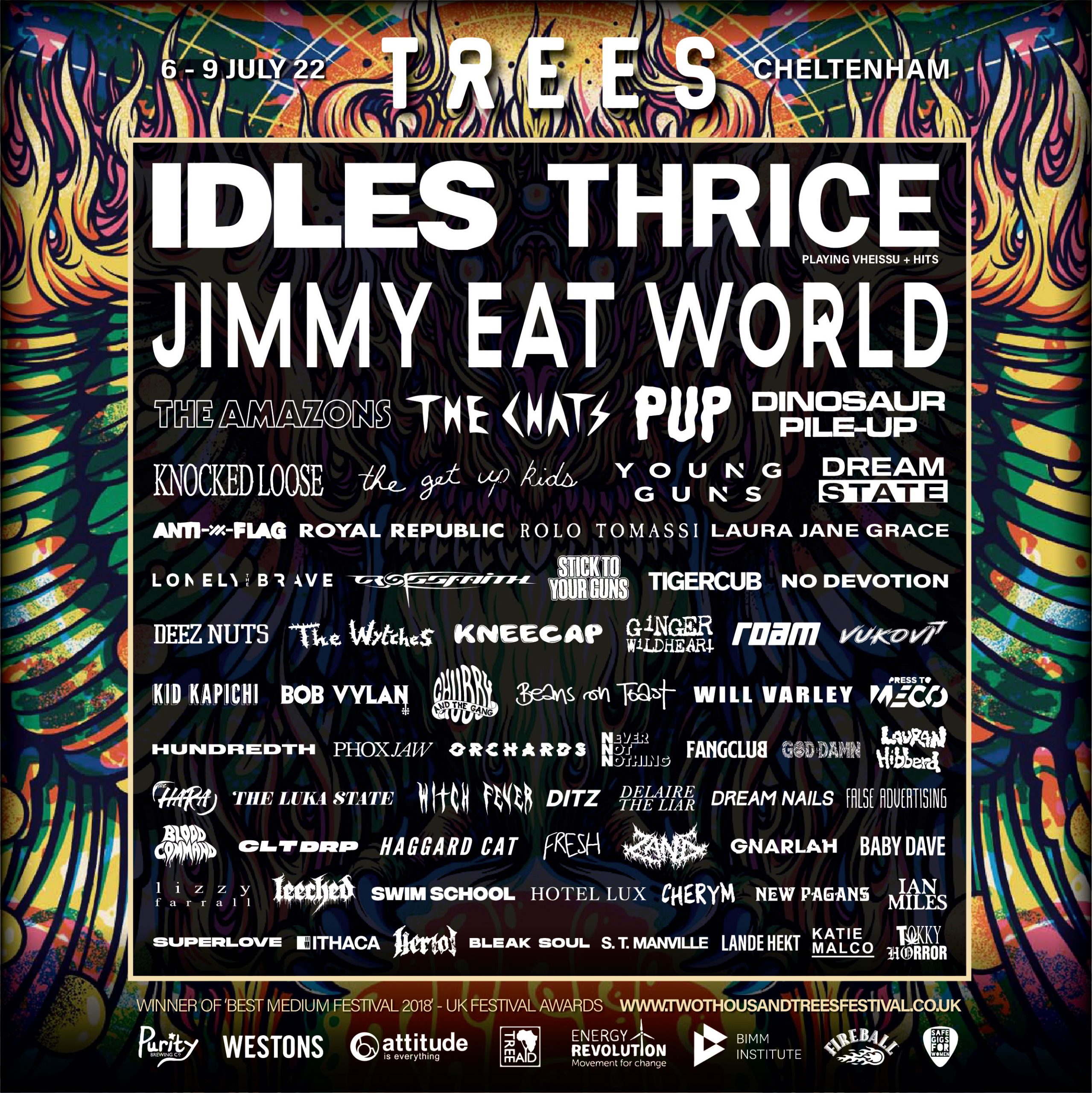 We can’t wait to see who else gets added to the 2000trees line-up. Keep your eyes peeled for more additions to the line-up including the artists who will be performing on the Forest stage.

Head here to get your tickets for 200trees festival 2022.