With the newly released album Nova as their weapon, the RavenEye boys are slaying on their UK tour this Halloween season. Since its release we haven’t stopped playing it, but did it live up to expectations in a live atmosphere? (Of course!)

Opening the show were unoffensive but mediocre Rough Trade, who sounded like they were having band practice in a garage. Stepping up the support game were Cairo Son who came with their own dedicated following – and we can see why! The perfect combination of bone shakingly hefty guitar riffs with a power surge of vocals had everyone warmed up. Frontman Magdy Abdel- Rehim vamped up the crowd with his quirky song intros and witty anecdotes. We will definitely be seeking these guys out in future! Despite RavenEye’s transition into straight up rock ‘n’ roll with new album Nova, Cairo Son out-heavy the trio and we wonder whether they really fit the bill; but from opener, Come With Me, to closer, Hey Hey Yeah, we were forced humble pie down our throats and it was delicious.

By Inside, the boys had stolen the show and were in full swing; Oli Brown and his vicious vocals make everyone want to bounce off Walls. Even on slower tracks like Supernova, and the beautiful acoustic Eternity the boys maintain a kinetic energy with the audience. Signature song Breaking Out showcased Adam Breezes’ ability to bash beats like a beast, whilst our album favourite Madeline was next to knock us off our feet. Oli’s silky stage presence and sexy scale work shines with raunchiest track of the night and bluesy- doozy Oh My Love; the had bassline from Aaron Spier made us want to drop our beers (and pants.)

The album has a more mature sound which is similarly reflective in the audience, a true mix of all ages and a packed out house. The boys reached rock Hero status with their encore track, adding their crazy stunt which saw Oli on Aaron’s shoulders for a victory lap around the crowd. Their humble ability to melt everyone’s ears to serious levels and have fun is what RavenEye are all about. By the end the boys had everyone craving more, and their new material doesn’t just sound good live, it sounds better!

We suggest you grab the chance to see RavenEye whilst their shows are raw and intimate because take it from us, they have arena ability.

VIDEO NEWS: wars Reveal Video For ‘The Art Of Not Knowing’ 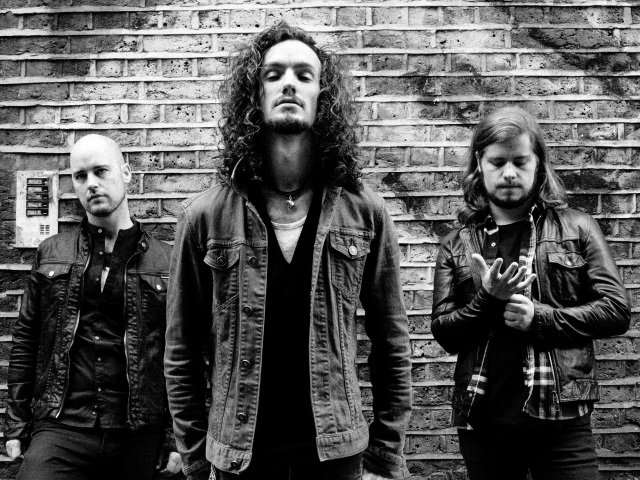