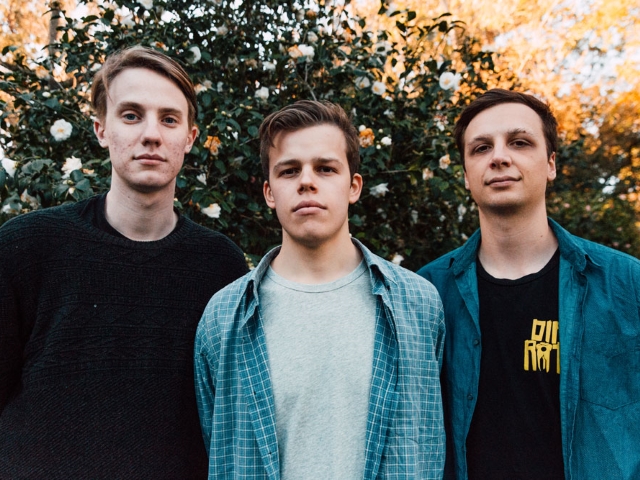 Alternative punks Columbus are currently on the road with ROAM, having arrived from down under in support of their latest album Spring Forever. We caught up with guitarist/vocalist Alex Moses to hear his stories from the road, including why he had to play a show in his underwear…

One of the best things about touring is waking up in a different city every day. It’s always an amazing experience being somewhere new every day, in new cities and meeting new people.

My least favourite thing about touring is probably coming home. Touring is a pretty immersive time, where each day you have a schedule and purpose. It’s an addictive lifestyle which sometimes home can’t really compare to.

Toothpaste, water bottle, good music, a sleeping bag and a bottle of whiskey.

In the van we usually will take turns playing albums, listening to some different music. I also get a lot of study done in the van, smashing out a bit of uni work on the laptop always passes the time!

Playing Soundwave in 2015 will always be a huge memory for me. It was such an overwhelming experience playing a stage so big and being able to open up such a huge national festival for alternative music.

Just on this current UK tour, Dan (drums) lost a game called “odds” and had to clap and applaud the pilot of the plane on his landing. He started clapping and everyone else on the plane joined in!

Once I called in sick to work, back when I worked at McDonalds, because I had a gig that night. I mistakenly also invited my manager to McDonalds to the gig event on facebook. It was a pretty embarrassing next shift.

I was out seeing some bands one night in Brisbane. I brought a flask of whiskey and also got a bunch of free beers from the bands. I got smashed watching bands and ended up leaving the venue, getting put in a cab by a police officer. I don’t remember any of this, but I woke up in a taxi suburbs away from my house, and ended up having a $181 taxi bill. Went to work the next day as well.

Every night that someone comes up to us and says their songs have helped them out, or helped them get through a difficulty in their lives, is always so rewarding.

Columbus are currently on tour with ROAM, catch them at one of their remaining dates:

The band’s latest album Spring Forever is out now on UNFD – check out their latest single Say What You Want below: