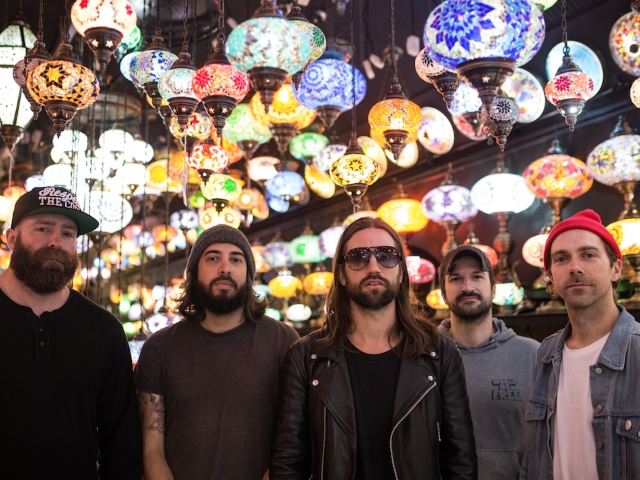 It’s been almost a year since Every Time I Die’s Keith Buckley had his world turned upside down. During a day off in Toronto, Buckley received a call that his wife was in hospital fighting for her life and his daughter had been born several month’s premature. Both Buckley’s wife and daughter survived, but it was a situation that shaped both his life and the band’s new record Low Teens.

A majority of Low Teens was written as Buckley sat in the hospital and it shows, as it proves to be the bands most hard hitting record to date.

Low Teens opens with Fear and Trembling. Musically the song hits just as hard as you’d expect, but it’s the lyrical content that takes centre stage. The track sees Buckley battle with the concept of death and the fear of loss, as he screams: “Death cannot tear us apart.”

The themes of life and death run through the record as Buckley pulls from both personal experience and religious imagery. Glitches accumulates in one of the most ferocious three minutes on the record, as he screams about loss of control. It’s in Glitches where the production of the record begins to show itself. Often in records such as this vocals can be overwhelmed by screeching guitars and barbaric drumming, this isn’t the case here. Given the importance of the lyrics on Low Teens, it’s to producer Will Putney‘s credit that every heart wrenching scream can heard with ease.

At this point the record has been nothing short of an emotional whirlwind, in steps C++ (Love Will Get You Killed) to introduce the first flash of melodic vocals. Although in true ETID fashion, the screaming returns almost instantly.

Whilst emotive and raw, there is a cleverness to the dark lyrics found on the record. Two Summers and Awful Lot showcase Buckley’s writing ability, before I Didn’t Want To Join Your Stupid Cult Anyways, Petal and lead single The Coin Has A Say blows the listener into a fit of rage and riffs.

The record carries on in much of the same vein throughout, as the struggle between life and death clashes with self-loathing, religious imagery and the need to understand, as Religion of Speed and Map Change showcase this best.

Low Teens is a tough listen, but it is also a record that sees Every Time I Die flourish both musically and lyrically. Whilst the band have a strong catalog of releases, Jordan Buckley, Andy Williams, Stephen Micciche, Daniel Davison and Keith Buckley may have put together their most complete record to date.

Standout Tracks: Glitches, Petal, The Coin Has A Say

For Fans Of: letlive., Alexisonfire