MUSIC INTERVIEW: Between the Buried and Me 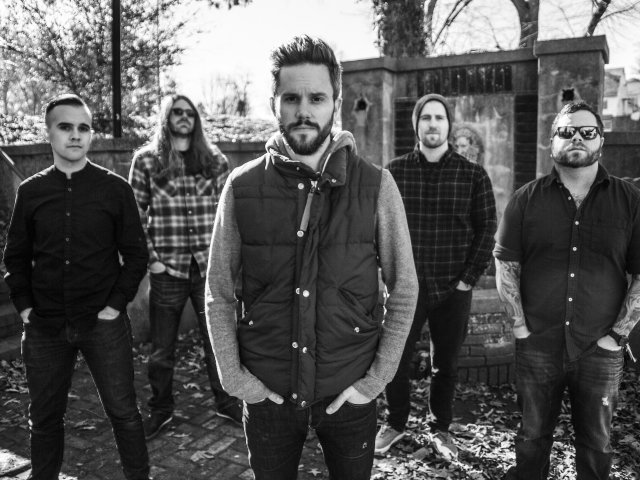 The very last day of UK Tech-Fest 2016 marks the first visit for headliners Between The Buried And Me. We caught up with bassist Dan Briggs for some thoughts and feelings on the festival, as well as some words about the band’s latest release, Coma Ecliptic.

The first description released for your recent album Coma Ecliptic was that it maybe wasn’t quite as heavy as your other releases, at the very least vocally. Was this deliberate or just the natural progression?

We always do what’s most natural. I think we had 2 and a half or 3 years after the time of The Parallax II and I had been involved with a lot of other records outside the group, Tommy had done stuff outside the group, you just grow individually. And it’s kinda fun because you start writing and you can tell that people have gotten a couple of years older and that you’ve just learned a little more overtime.

All of this comes through musically as well?

Yeah, one point that used to come through a technical side of things, the idea with this one was more the arrangement in compositional base, laying more of a groundwork, the music being more of a full range dynamically so that you could do more with something like the vocals. Tommy did a little bit of that in The Parallax II and we were really excited at the potential of getting into character for the record, because he does that really well. And yeah, I think that was just the natural progression of things, whatever feels good is what we’ve always done.

The idea of a story being told throughout an album has been present on many of your records now including Coma Ecliptic, is this something you guys are particularly keen on with every release?

So many of my personal favourite records are concept albums. There’s something that’s so cool about the music all connecting and then the lyrics tying in, the artwork, the video, the whole T-shirt art layout that you do for the whole run, having it all coming back and being connected to one thing is a cohesiveness that’s bigger than just putting a couple songs together. And that’s just kinda fun, it’s something we really enjoy, we tend to just naturally write like that. With this record, we were trying to do more with less and since a lot of the themes were melodic it really laid the groundwork to play with them throughout the album and bring them back in different forms which is something we love doing as well.

When you finish a record, before any public reaction and opinion, are there any songs that immediately strike out as being a must-have on a live set?

Not really, for a couple of reasons. When we write them, we pretty much come into the practice space with the songs already written, maybe tweaking with them on the spot. When we’re doing that, we’re learning it with Blake and he’ll kinda go through and record the section to get through the song like that. And then after that, we’ll demo the rest of the song by adding the guitars and such, sit on it the rest of the week and then when we come back we might make some changes here and there, but we don’t actually play in the same room until we’re prepping for tour.

So practices are more geared towards solely rehearsing the songs and less about writing the songs?

Pretty much, I mean in the old days people would come into practice with maybe a riff or two, play around with it and it would end up being something like 6 minutes into the song with no real idea whether or not we were at the middle, end or wherever. We done so many records like that and this one’s kinda turning the page on that, The Parallax II was where people would bring in full compositions. If you’re running with an idea you tend to just come up with something entirely and that’s ok, as long as everyone’s on board with it. But with putting songs into the set, you just gotta try them and play them. I mean we haven’t played all the songs off Coma Ecliptic yet, though I’m excited to! Usually when you play all the songs in album context, it works when you wrote it, but for instance with The Parallax II, we’ve never taken the song Melting City and put it in the set because for some reason without even trying it, it might feel a little weird. Though in the context of the album, it works totally fine.

Do you feel personally like the band needs to do something new with every release or is there also the element of touching upon a theme within an album and exploring it further with the next?

I think we’re always trying to do something new, but I think that’s just part of being what drives us as a musician. I consider listening to music a lot, it’s always been a passion of enjoyment and entertainment for me but there’s also an educational side to it. During the process of when we’re writing, I’m listening to something be it a King Crimson record from the 70s or a symphony, I was actually listening to a lot of musicals when we were writing Coma Ecliptic. You’re really digging in, it felt like I was back in college doing musical score analysis, even when we did it in school it wasn’t for any creative purpose, it was just to figure out what was happening in the song. And I think it’s very much a tool. It’s the idea of you’ve never done learning and there’s always new things to do. For some bands it might be about trying to out-shred, and we’re not into that, we just want to write good music!

As performers, do you guys notice a difference in vibe between a standard venue gig and a festival gig?

Absolutely, we actually used to hate the festival gigs. I think part of that was maybe people being less familiar with us, getting bad slots and just feeling like we’re throwing so much at these people and they’re not catching any of it. But we’ve had a good run for the past couple of years when we’ve done festivals, they feel a lot better, so I think we’re turning the page on that. I mean we’re headlining tonight, but it’ll just feel like a Between The Buried And Me show as opposed to this different entity.

Following on from that, do different festivals have clear differing vibes from each other are do you feel like they all follow suit in atmosphere?

Yeah they definitely feel different, I mean we did Bonnaroo in America and I think it got a reputation for being a bit of a hippie fest, but now it’s just a celebration of music. The year we played it, we were one of two heavy bands, then it was country bands, Tears For Fears, Earth Wind & Fire, it was so cool and we were treated so nice. We weren’t treated like the guys in the heavy band, we were treated just like musicians. It felt really refreshing and the show was great. But that of course has a different feel from a metal festival!

Regarding your live show, there seems to be a lot of bands who will go up on-stage entirely as themselves, but there will be others who tend to put on a persona as such and perform with that. Do you personally feel that yourself or the guys come under either of those?

I’m very in the middle, the feeling on stage is so different with the different groups that I have. With Between The Buried And Me it’s mainly trying to replicate the songs as they are, we’re playing to the metronome and it’s not very free because that’s just the nature of the beast. And that is totally different to a free form jazz freakout group where it’s different every night. I mean, you could play totally fine but what’s being felt between the three of you was a little different, or there could be exciting bits of improvisation that could happen.

You mentioned earlier that the artwork has to fuse together with the theme of the album. Just how important is the artwork to the themes present on your releases?

Incredibly and with this one specifically so. We had an immediate image in our heads and it was something that we were trying to produce through photography, through creating real scenes that were very surreal going along with the story of this guy in a coma going through different worlds that seem familiar but are fucked up. Our art director, he does great kinda trippy art but it’s not photo based, so he acted as getting the sets together, finding the photographer and model, basically just getting the whole look together. But we had no idea how it would really come together and he fucking blew our minds on the first go.

So it was really a first try on artwork and that was exactly what you wanted?

Yup, that’s it, originally the idea was to have different scenes from each songs on the album but that was going to be like 10 sets we would have to set up, but the end product was infinitely better.

We mean, you guys don’t seem to centre on one style of artwork, many bands might settle on one artist even but The Parallax II is different to Colors, Colors is different to The Great Misdirect, musically and artistically.

Yeah exactly, I mean with Colors it was all coming to us as it was happening. Obviously there wasn’t a big lyrical theme to that record so the art director was pulling things from the lyrics wherever he could to try to tie together a product. I don’t really remember having art conversations for that album! But definitely yes, as time has gone on we’ve been infinitely better about having an idea and putting the team together to pull it off.

Do you tend to feel particularly proud of certain songs off a new record or is it more of being proud of the entire thing?

Stoked in general, especially with this record. I remember driving around with some mixes, before it was done but when it had come to life and was pretty close. I was driving around blasting it feeling very proud, because it felt like it was the first time we had set out to do something as far as create this theatrical story that we were trying to do. And it was like holy fuck we did it, it just felt really good, it was exactly what we intended. I mean I’m not saying the work was amazing but we had a direct goal and to listen back having achieved it all was just an incredible feeling.

Thanks for your time Dan, good luck with your headline set!