Beach Slang is the sort of band that you have to see live if you want to “get” what they’re all about. They’re a rock n roll quartet built on beer and chaos, and luckily their set at The Joiners in Southampton readily supplied both.

The first support comes from Cornwall punks Bangers. The trio have played with Beach Slang before, and their ease on stage conveys this fact pretty well. Playing on their LP Bird, which was released in August of last year, the band’s set is fast and loud. A technical malfunction leaves the band talking their way through an awkward gap in the set, which lasts a few minutes while they switch amps; but they handle it well and no one seems to mind. Their best song is undoubtedly I Don’t Feel Like I’ll Ever Be Clean Again, which epitomises the Bangers‘ sad but screamy ethos. It also goes down best with the crowd watching. Beers and fists are pumped and lyrics are screamed out.

Next up is Petal and although they’re normally a full band, the focus is on frontwoman Kiley Lotz. With the exception of a few songs, she performs alone. It is novel, amidst the loud and brutal sets of the other two bands, to see a vocalist perform with just an electric guitar. Petal therefore makes for a really interesting twenty five minutes. Whereas such a minimalist set risks appearing clumsy or unrehearsed, this isn’t so in Lotz’s case and Petal is, in some ways, the highlight of the night. Her vocals are clearly the foundations of the songs, and the lyrics really strike us – especially on Nature and Silly Heart. This tour is Petal’s first time in the UK and Lotz seems overwhelmed and grateful to be here. Judging by the crowd’s reaction, they love her right back.

There seems to be some kind of rule dictating that you can’t see Beach Slang and be sober. By the time the band are due to start playing the whole room has transformed into the very setting of many Beach Slang songs – a drunk and sweaty punk rock Mecca. Despite our guesses that they would open with Throwaways, the band choose to start off with Filthy Luck, which is a somewhat surprising move. This old favourite, where the whole room sings along to the hook “turn the amps up to nine, I don’t want it too loud” makes for an even better way to kick things off.

Maybe it’s because of the sheer excitement to see such a good live band, or their fervent style of playing, but Beach Slang tear through their set with little banter: only pausing to down drinks and to play a bit of that Sweet Child O’ Mine riff that we all know and love. A steady pit is going, and a couple of people attempt to stage dive to varying degrees of success. It’s easy to allow the songs to pass you by in one rush of adrenaline, but Kids and Bad Art And Weirdo Ideas stand out to us as great sing-a-long moments. Surprisingly, the band don’t play Too Late To Die Young, which upset us a little bit. Then again, there’s something fun about jumping up and down for an hour and screaming non-stop, and maybe it’s better to leave out the slow acoustic jams in such a hectic run of songs.

It seems like they have only just breezed in, but before we know it Beach Slang have cranked out a rousing cover of Bastards Of Young by The Replacements, their indicator that the night would soon have to draw to a close. We’re left reeling and sweaty but satisfied.

The show at this scrappy DIY venue couldn’t better reflect Beach Slang’s romantic sensibilities. There’s no debate about it; Beach Slang’s heartfelt performance made the whole evening feel fun and special, like getting punched in the gut by your best friend (in the best possible way, if that makes any sense). 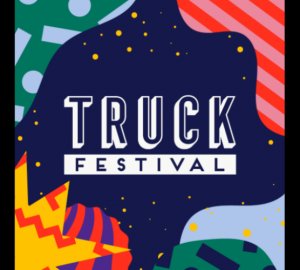