Here's everything you need to know about 2000trees' band announcement last week.
shares

You only need to look at the success of Netflix's Stranger Things and the sudden obsession with corduroy miniskirts to see that there's been a rise in 80s nostalgia culture. It's no wonder, then, that Philadelphia quartet Beach Slang have captured the hearts of punk rockers young and old with their new album 'A Loud Bash Of Teenage Feelings'.
shares

Check out the video that Beach Slang have released ahead of their UK tour and Reading & Leeds Festival appearance.
shares

There's no debate about it; Beach Slang's heartfelt performance made the whole evening feel fun and special, like getting punched in the gut by your best friend (in the best possible way, if that makes any sense).
shares 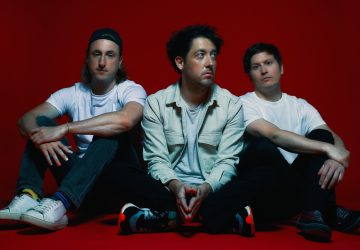