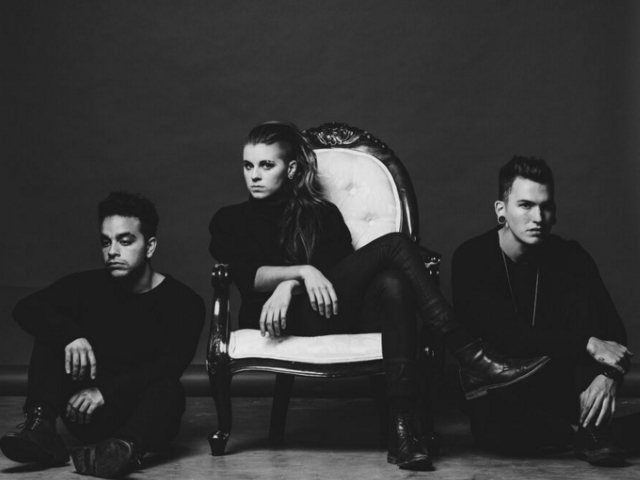 PVRIS have confirmed that they’ll be releasing an extended version of their critically acclaimed debut album White Noise.

The double-disc record will be out via Rise Records on the 22nd April and will feature the four videos for Smoke, Ghosts/Let Them In, Eyelids and latest single You & I, as well as a CD featuring unplugged versions of You & I, St. Patrick, Holy, My House, Fire AND a new trackcalled  Empty.

The trio have released the video for new single You & I, which was premiered on the Radio 1 Rock Show last Sunday. Check it out below.

You and I
Empty
Smoke
St. Patrick
My House
Holy
White Noise
Fire
Eyelids
Mirrors
Ghosts
Let Them In
You and I (Stripped)

You and I
Smoke/Mirrors
St. Patrick
My House
Holy
White Noise
Fire
Eyelids
Ghosts/Let Them In

Pre-orders of this new edition of White Noise are available via iTunes.

PVRIS return to the UK in April for nan entirely sold-out headline tour. Dates are as follows: