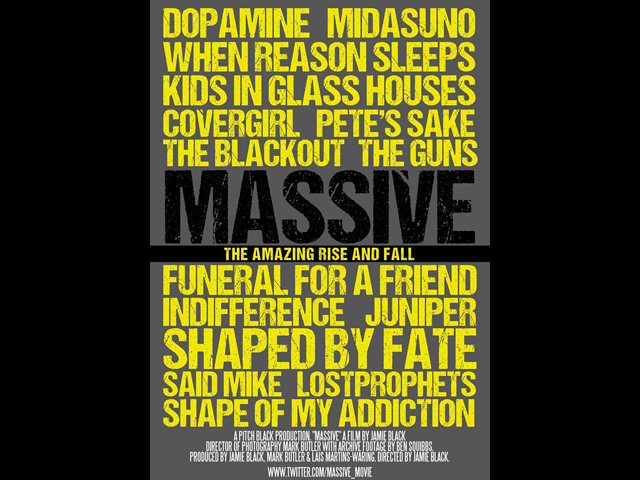 Rewind ten years ago and the Welsh music scene was one of the strongest within the UK, with alternative acts flourishing and building names for themselves that would see them go on to release countless albums and tour across the world. Now, there is little to no music scene left within the valleys. The Massive documentary, written by Jamie Black and Lais Martins-Waring and staring members from bands such as Kids In Glass Houses, Funeral for a Friend and The Blackout puts a focus on the Welsh music scene and features interviews and archive footage with both band members and the fans who solidly supported them along the way. A journey that included both earth-shattering highs and the darkest of lows.

Watch a trailer for Massive, below:

The film will be premiered on February 7th at The Tramshed in Cardiff and will be available to view soon after. For more information, visit: www.facebook.com/MassiveMovie