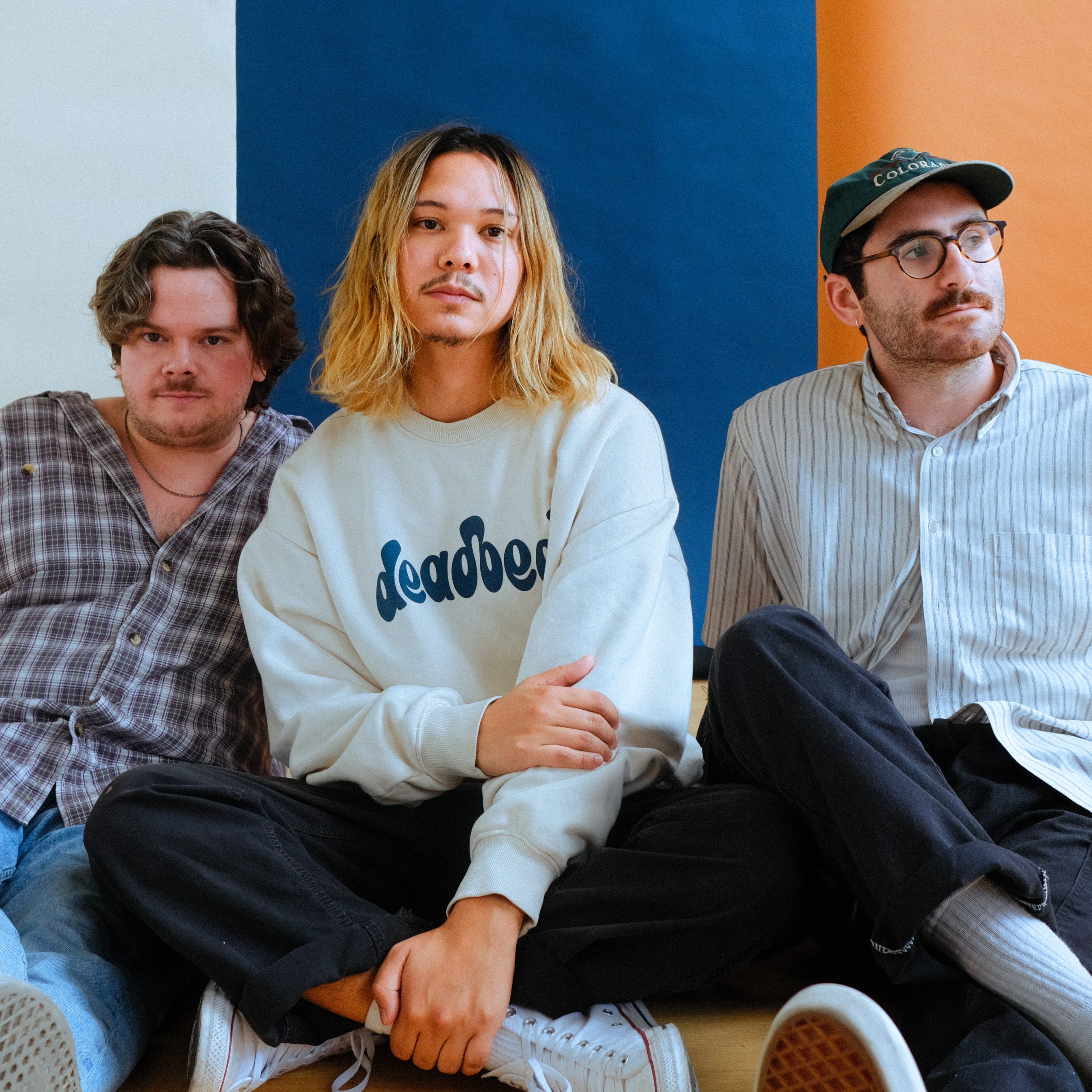 Pop-punk trio Young Culture are back with their brand new album You Had To Be There, the follow-up to 2021’s Godspeed EP. On release day the band shared their pop-fuelled anthem Not In Love, the opening track to the record, which immediately had us hooked. We caught up with the band to discuss the single’s writing process, themes, music video and stories from behind the scenes.

This is a song about how everyone deserves to have someone show them love. I think it’s a very universal feeling of wanting to feel wanted, no matter how deep or shallow the connection is, if it’s love, sex, friendship etc, everyone can relate.

This was one of the first times we wrote a song from scratch in the studio during the making of You Had to Be There. Before this album we hadn’t done a lot of co-writes and it was something we were eager to do, so this song came to life in about half a day working with Anton Delost and quickly became one of my favourites.

The lyric “we’re not in love, we just need someone” stuck out to me as the theme, because it could mean we might not have to share whatever connection forever, but let’s be there for each other when we need someone, so the rest was centred around that.

As far as the video goes, we decided to match the visuals with the album artwork and rollout theme, with a lot of CGI bubble letters and stuff drawn by Gabe.

Since the video is so largely CGI based there was a lot of “imagining” when we were filming, so Ben Lieber had us pretending like we’d see words and images flying around us, which in turn looked so silly if you were in the room.

This is the opening track and is such a good introduction to Young Culture if you’re a new listener. Thank you to anyone who has rocked with us, we love you!

Young Culture‘s new album You Had To Be There is out now via Rude Records (UK/EU) and Equal Vision Records (ROW), available to stream or purchase HERE.