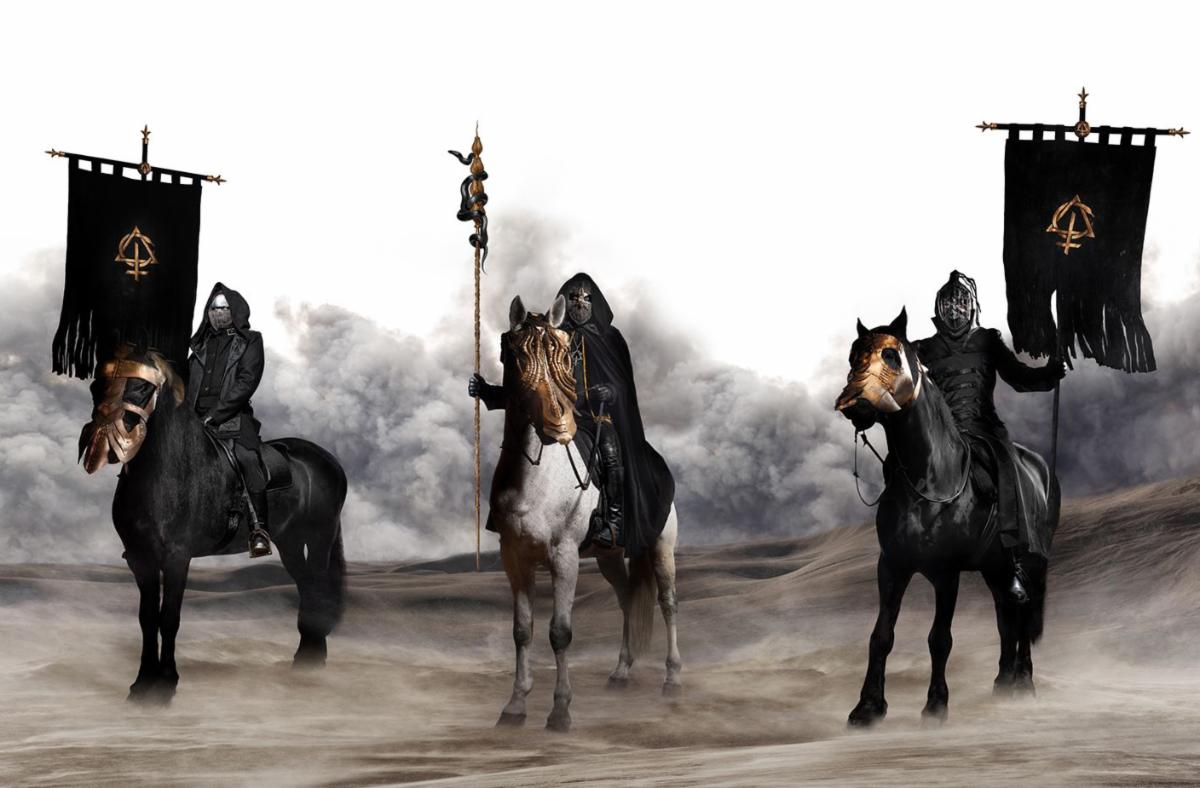 Behemoth are a band well on their way to creating one of the finest legacies of any modern day metal band, certainly black metal. Despite nine records before 2014’s ground-breaking The Satanist, it was that record that really took them from the underground to the metal mainstream.

The record event went on to be named Rock Sound’s album of the decade, and it’s pretty hard to argue with that statement. After over 31 years in the business, it’s fair to say that 2018’s follow-up, I Loved You at Your Darkest was a strong effort that perhaps did not quite live up to the heights of The Satanist.

Coming into 2022, the band’s latest and twelfth effort, titled Opvs Contra Natvram, which is a term that essentially means work against nature, could potentially signify a swing of momentum for a band that arguably peaked in 2014.

Kicking off the record, Post God Nirvana (which is a hell of a track name), begins mysteriously and features some cool atmospheric production. Until Nergal’s cry of “O Libertine!”, followed by a speech and a chant of “hoc signo fertote lvx”, it’s scary, intense, and enticing.

Malaria Vvlgata is more vintage Behemoth: ludicrously fast drums and a great bass tone etched in organised chaos. After such a modern sounding opener, it’s a great switch back to the old school. After all, who doesn’t like a Slayer style solo?

The first of the singles on this LP, and arguably the pick of them, The Deathless Sun follows. There are chants of “I am nothing, without him, nothing is” as the track pays tribute to Sol Invictus, the Roman God of Sun. It showcases the band’s more melodic side, whilst certainly sticking to their merciless roots.

Ov My Herculean Exile was the first taster of this album back in May. The opening riff takes you back to the almost iconic riff of Blow Your Trumpets Gabriel, before opting for a slightly laid-back verse, in the context of black metal. Perhaps this is Behemoth at their most accessible – although the context is still black metal. It’s Adam “Nergal” Darski’s guitar solo which provokes your interest in this track, but realistically it doesn’t do enough to keep it.

Neo-Sparticvs is yet another example of how well bass can be used in extreme metal. Tomasz Wróblewski’s tone is magnificent and fits in this track like a knife through warm butter. Whilst Disinheritance shows the creativity of the band’s hugely talented drummer Zbiginiew “Inferno” Prominski in a typically ambiguous Behemoth track, which features one of the album’s biggest riffs.

Off To War! features a proper circle-pit riff, accompanied by some brilliantly unique and creative cymbal work on the drums. The talent of this band is really quite something. Nergal questions himself throughout the track, as he beckons “am I to act alone? If so, I’ll separate the meat from the bone” – one of the colder lines of this LP.

Once Upon a Pale Horse features a riff that if tuned down would be a hell of a headbanger, but instead it’s more subtle rather strangely. The track pretty much just plods along before a quintessential Behemoth finishing stanza.

Towards the back end of the record, Thy Becoming Eternal has a proper stomping headbanging feel to it and a well-worked spoken word vocal section, essentially reiterating the point that “we are Behemoth and we hail Satan.”

Closer Versvs Christvs is unlike any Behemoth track, opening with a piano piece and clean Nergal vocals that sound like they are being spoken by Voldemort and Till Lindemann. It’s frightening. The track gradually builds up into a vintage Behemoth track, which was slightly predictable.

What was less predictable is the closer crawling back into its cave of startling ambiguity, before inevitably returning to its roots. Nergal’s solo almost sounds like a scream, the guitar does not sound like it is enjoying being strung one bit. Yet again highlighting one of Behemoth’s strengths of not allowing the listener to sit comfortably.

To conclude, this album is pretty good. Everything Behemoth does well is in this record. Fantastic production, excellent riffs, breathtaking bass, innovative and brutal drums. If you’re a black metal fan you’ll like this record, although if you’re new to the genre, you might struggle to.

For Fans Of: Batushka, Belphegor, Marduk