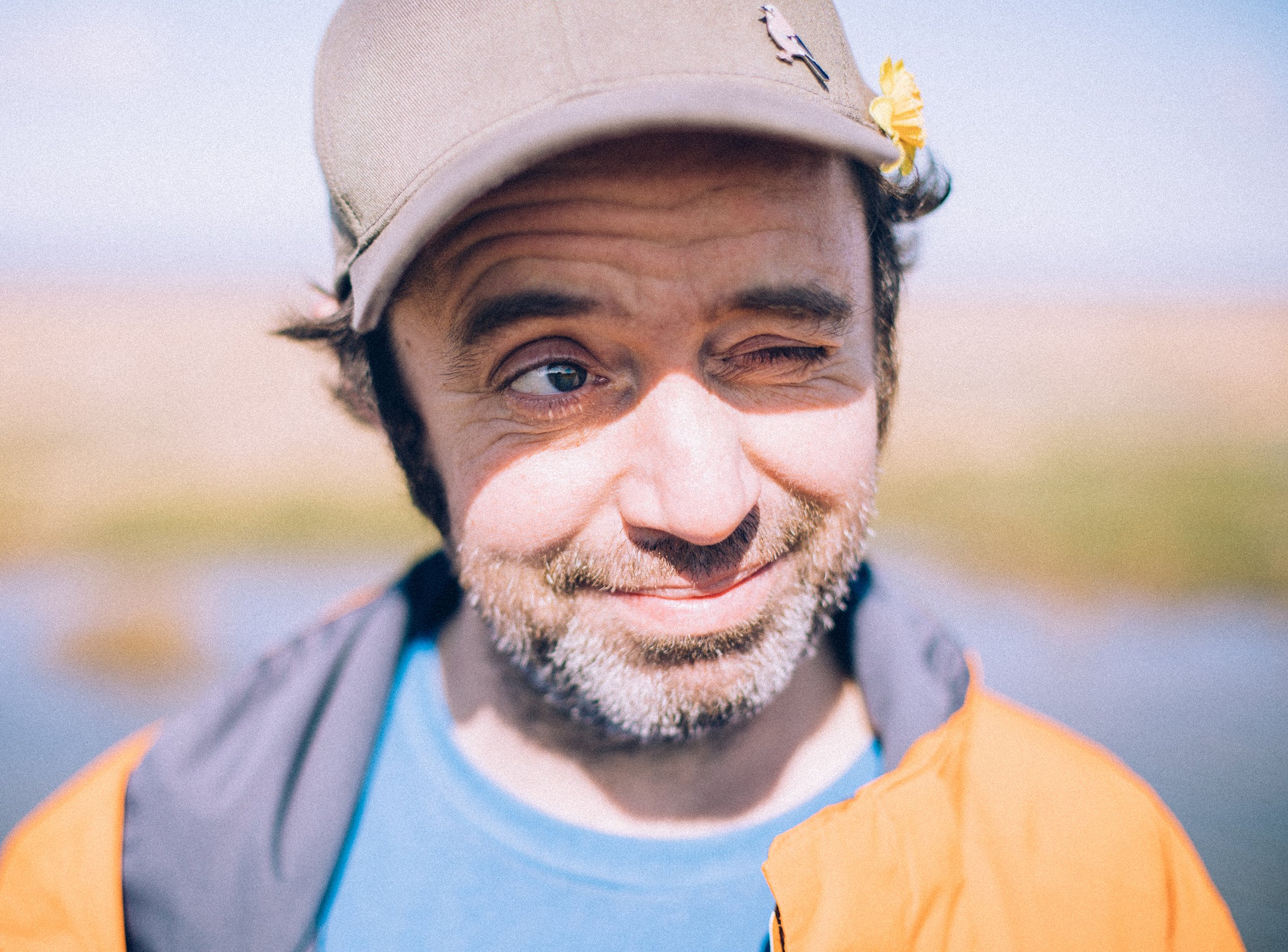 An undisputed god of the festival scene, campfire folk singer Beans on Toast has done just about every festival the UK has produced and is now making his own festival, in the form of the Foolhardy Folk Festival in Nottingham. We spoke to him about creating his own event, Glastonbury, and his opinions on 2000trees.

Although we’re at 2000trees, the photos from Glastonbury a few weeks back looked immense, how was that experience for you?

Glastonbury means so much to me and I’ve been going for so long. Sometimes you worry that you’ve set such a high bar for it, and if it’s going to be everything you want it to be, but it always does, and this year was no exception. Shows aside, it felt like I met so many people throughout my life all there in that same place. I’ve been dreaming about it, it took me about six days to come out of the bubble, I’d close my eyes and I’d be there in the rocket lounge fucking grooving. It’s so all-encompassing because I was there for a week, and nothing outside of the fence matters because there’s so much to do, and like it’s the perfect meditation because when you come back into the real world, you do feel changed. It was a really profound and strong experience for me, I still feel like the answers to the world’s problems are in places like Glastonbury and 2000trees. My only criticism of Glastonbury is that not everyone can go to it, but that’s a logistical fucking nightmare!

Do you think you could compare 2000trees to Glastonbury, despite it being a midget compared to the giant that is Glastonbury?

I don’t think you need to compare festivals to one another, because Glastonbury is like the big mama of the festivals. A lot of festivals are children of Glastonbury, and they hone in on certain things, but there’s a lot of people that will get more from 2000trees than Glastonbury because it knows what it is. It’s got its heavy music, it’s kind of shouty, it’s got this vibe, it’s got this common interest people are drawn to, it’s still outside, it’s got that festival feel. I’d hope that young kids come here and 2000trees is as impactful as Glastonbury was for me.

On the topic of festivals, you’ve recently announced the Foolhardy folk festival in Nottingham for 27th August at The Arboretum. What was the thinking behind that?

During the lockdowns, DHP Promotions put on a string of events in The Arboretum, which is a beautiful botanical garden in Nottingham city centre. They basically approached me asking if I wanted to do a gig saying there is some money for supports, and it’s on a Saturday and I was like “shit! Can we put something on all day, and spend more money on supports and make it into a bigger event?” and I had my book coming out, so can I brand it with my own thing, and they were like “yeah, of course”. So it’s a great set-up for me because they organise the site, the bar, the license, and all the stuff that’s difficult about festivals and then I just put my name on it, get the posters ready, and book it. Call in favours, tap in mates and pull in some favours to get some bands I’d like to play, and when it happened last year, I was thinking is it really a festival? Because I saw people DJ’ing out of the back of robotic cockroaches and I don’t have any of that shit. I’ve got a band stand, six bands, one food vendor and one bar, but at the end of the day, the music was good, the setting was amazing and the day was so beautiful. I kind of like the fact that it was a very simple old-school idea of a festival, you’ve got some booze, some food, and some good music, done! Keep it cheap, rather than saying “shall we have this?” I’m not knocking that, it’s just do as little as possible, and make it lovely is the vibe of Foolhardy. It’s a good chance for me to book something and get my favourite acts coming.

How hard was it actually booking your own acts for a festival because to us, it seems like a dream job?

Well, I mean it was favours and friends, because the truth is there isn’t enough money in the pot for the bill I’d put together. So it was like “heyyyy comrade, how you doing?”, so with all the bands on the line-up, we’re good friends so I called upon them for that, and that’s why it works well for DHP because they are getting a bargain line-up. I wanted to keep it very cheap, with it being only £25, and we’re going to do an afterparty this year as the festival finishes at 10pm, so we’re going to do an afterparty, and I’m going to DJ my wedding bangers set probably at the Bodega or something afterwards.

That’ll be class, will it be a yearly thing or are you just going to see how things go?

If we get it right this year, I’d love to make it annual, and everyone wants to, but at the moment it’s not too much hassle and it’s been fun. But running a festival is fucking hard work and hats off to everyone that does it, but with this set-up it works for me, because all I have to do is go around and ask a few mates. I’d love for it to be an annual event, I think this year is the crux and so far it’s selling really well, so I’d love to make it an annual thing.

So, you play hell of a lot of festivals – we wondered if you had kept count like the likes of Frank Turner have?

No, I’m the opposite, I don’t even know how many gigs I’ve played this month.

Aha fair enough, what would you say is the key to knowing you’ve played a good festival set?

It’s weird, its sort of the harsh answer but it’s also the truth – numbers are unfortunately a big thing. If you walk out a big festival and the field is full, I always walk out of here and say “my job here is done.” I feel like I’ve won before I’ve even started if there is a huge turnout, not that it should be about that, but sometimes if there isn’t too many people in the tent you end up playing better. There’s something about having a big turnout at a small stage at a festival, then I just get this feeling of “I’ve already won”, we can just do what we want. There’s not many festival gigs I haven’t enjoyed, and although it sounds stupid, all my gigs to me are very, very similar because I love them all so much. As soon as the gig gets rolling, I’m just doing what I want to do and I’m really loving it. I just fucking enjoy it for everything it is, so in that sense, you just enjoy it for what it is.

This might be a bit of a stupid question, but we’re assuming you’ve played The Forest Stage at 2000trees before?

No, I actually haven’t been up there. I’ve been up there today, I’ve seen photos of it. I mean I played here in their first year in like 2008 or 2009 or something like that. I knew there was some really early footage of me playing 2000trees back before gigs were filmed all the time, and back before I was wearing a cap. A few years ago in the middle of the Trump-era I dug it out and I found the footage of me on the old stage complaining about Tony Blair and George Bush, and it was almost like “fucking hell, we didn’t realise how good we had it!” It really rained down about how much worse things have got in the political landscape and that was kind of weird seeing that so I know the festival well, but it was only today I’ve actually seen The Forest Stage, and it’s fucking right up my ally.

That’s exactly what we thought as your style live, and your style of music matches that vibe and atmosphere perfectly.

Yeah, that’s what I thought, because last time I played here I did an afternoon slot on the main stage. I used to play here a lot, there used to just be the main stage and the other stage, and I’d play there.

It’s really cool how you’ve got things like Camp Frabbit, Camp Turner, and Camp Reuben and the likes here. Frank Turner actually played a secret set at Camp Turner last time out – is doing secret sets something you’d be interested in?

If someone did ask me to play one of those stages, I can’t sing very loud. I’m all about the PA, for me, it would be a little bit pointless. But if somebody did ask and I didn’t know my plans, then who the fuck knows!

See Beans On Toast live at one of the following dates: 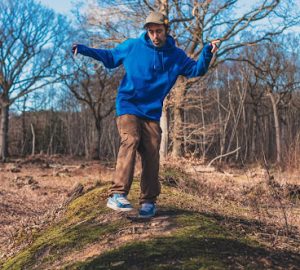