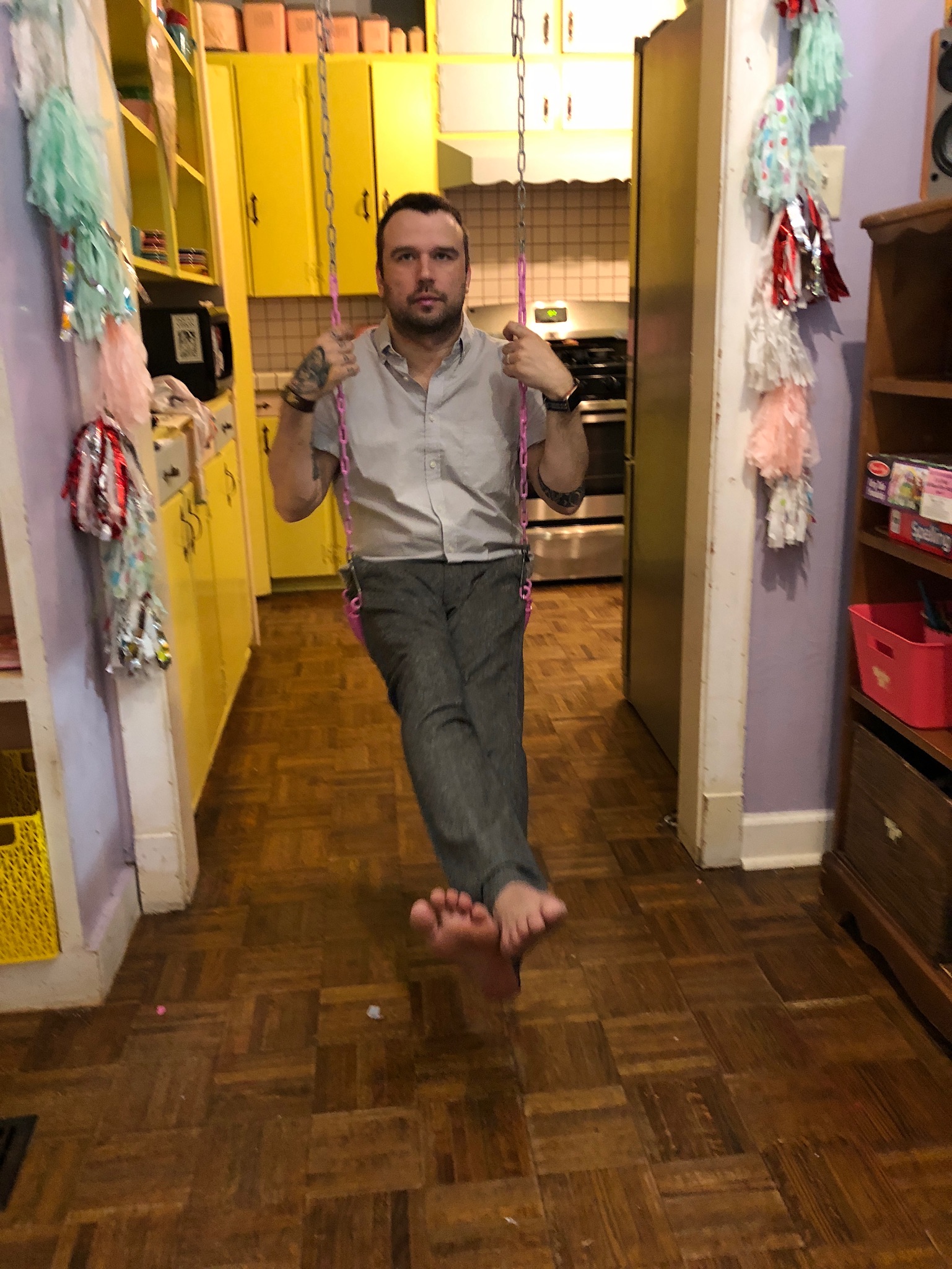 Max Bemis is back, four years since Say Anything announced their hiatus, with his brand new solo album under the moniker Maxim Mental – and sounds nothing like you may expect. We caught up with Bemis following the release to discuss the new project, his pathway as an artist, influences and more.

Firstly, tell us a bit about yourself and your solo project.

I basically sort of stopped liking being in the music industry after a certain amount of time. So I put my band Say Anything on hold and just for a long time I had a hard time listening to indie rock, because I think anyone who’s in sort of like industry can probably attest that the more time you spend around something, the more you become jaded towards it. Hip-hop was actually the first music I listened to of my own choice and then kind of got overwhelmed by listening to and playing punk music. And when I sort of got annoyed with the people in indie music I sort of defaulted to hip-hop again and started listening to it exclusively. So after awhile I just really wanted purely to make music like the music I was listening to. So I started making some tunes that were closer to the stuff I was listening to in the hip-hop world, and the sort of trap world, and Maxim Mental is what came out of it. Basically I wanted to make a project that sounded, even if it was full sonically, that felt like it was one person. In the same way that Beck, no matter what, creates it still kind of feels like it sprung from one person’s brain. And I think Say Anything, even though there was a good amount of that element, it still was a band. On certain records it was very much so a band with equal contributions musically from other people. And a lot of people contributed to Maxim Mental musically, but I think it still does come across in the way a Justin Timberlake record does, where it’s in service of like his voice as opposed to it being like a rock ‘n’ roll thing.

I’ve been releasing music for about 20 years now, a little bit over 20 years. You know, I really started doing it because in piano lessons I would get bored playing other people’s music. I really just wanted to play the music I wanted to hear. And so when I started Say Anything, it was for various reasons. Probably to impress the girl I liked at the time, but mostly because I wanted to make music that was a fusion of all the music I liked, as opposed to trying to find what I like in other people’s music. There’s never been a time that I was separated from my music or I didn’t like what I was creating, ’cause it’s always been in a way of what I want to be listening to, how close can I get to the sounds and songwriting of what I enjoy. And then the fact that people start to like it, I started to also cater to those people. But at the same time I think the people that really enjoy my music often have the same taste as me. It’s never been a struggle to enjoy whatever I’m doing necessarily, I mean for me the only issue is like the lifestyle not matching up with my lifestyle as a dad of five kids.

Just like basically being affirmed by my piano teacher that what I was writing was actually really good, ’cause you don’t, you have no idea. You don’t know until someone tells you that this is actually good. I actually think the first time that I probably knew that I could do it professionally I was 14, and I ended up somehow finagling my way into playing for Drive Thru Records and they offered to sign me on the spot. I had no idea something like that could or would happen. I was in no way involved in the music industry, I never played a show, I wasn’t in a band, nor did I really have friends who were in many bands, so it just came as some like random left field thing and I kind of slowly immersed myself in it. But I do feel like I’ve always been a bit of an outsider in the industry, merely because I didn’t pursue it, it sort of came to me. What I originally wanted to do was, you know, write stories and direct movies & stuff like that.

I feel really influenced by, At this point when it comes to my music, in terms of like actual influence, would be just the people who enjoy it and what they want to hear at this point. You know at various times it’s been various bands, or you know in high school it was Saves The Day, then I got older and it was The Beatles, then I got older from there and it was something else. Now, you know if we’re talking musical influences you know Jay-Z is probably my biggest influence, I look up to him a lot. I look up to Pharrell a lot and I love Kanye West‘s production. But I really do think my biggest influence to even do this is that it has a positive effect on people, so when I hear what they like about my music I sort of gravitate towards that, doing more of whatever that is.

What do you aim to achieve with the project?

It’s funny, originally I just wanted to show that I could produce. I think I’ve been really interested and enjoyed production for a really long time. Even all the way back to high school making our first record and then separating myself from Say Anything, it became something I really wanted to immerse myself in. I still haven’t yet, because I kind of got sucked into making this record as an actual record, it just really sort of came out of me in sort of like confessional way and it wasn’t meant to be anything stylistically, except for I didn’t want it to sound like Say Anything. Then it really just ended up having its own voice, it’s own thing. I could see other records sounding different from this record. I just think that linking pattern of Say Anything is more like tenge Foo Fighters, in that it’s like one person’s video but it’s really shaped by the musicians involved. Then Maxim Mental is kind of like Prince or something liked that.

For those who are yet to see you live, what can they expect from a Maxim Mental show?

Same deal as the record in that it’s not just very loud amps, you know, cranked to 11 with me jumping around. I really like I look up to people like Grimes or Japanese Breakfast when it comes to how they perform live, because you can really do it with like an intense live show, or you can perform by yourself with like a DJ or someone playing your music off of like a PA. So I really do want it to feel like an intimate experience in that way.

What’s next for Maxim Mental?

I have no idea. You know I have my long term goals as a musician and as a writer, but I’ve kind of learned to let go what each particular stage is going to be that gets me there. I just have to believe in the long term goal. There’s a billion things floating around, I know that I still want to do more hip-hop related music and maybe even something more hip-hop than this record, so that might be something that comes next. But beyond that I have no idea.