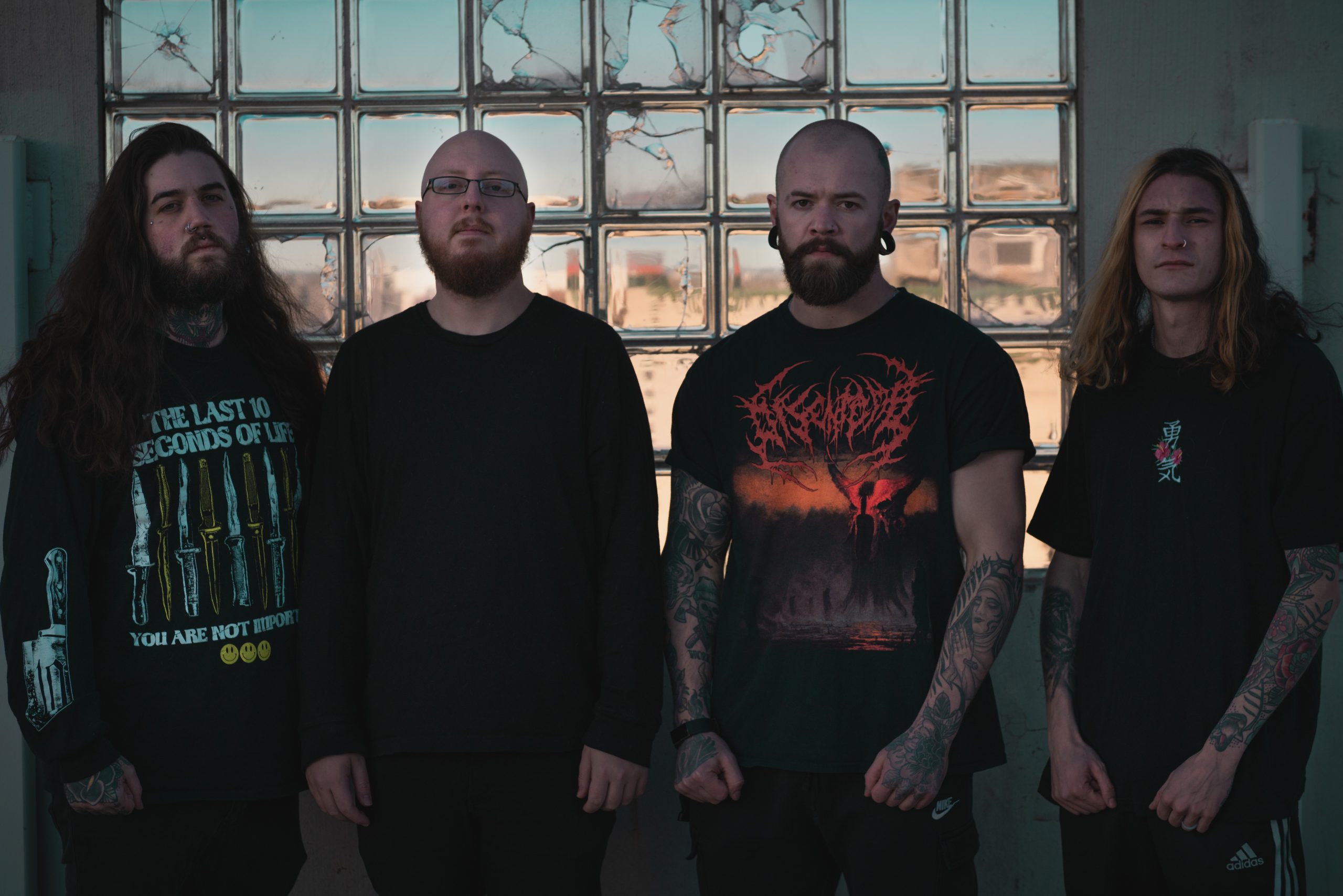 When it comes to good music sometimes it really does come down to quality over quantity, and that is exactly what we get with the new extended play from Crown Magnetar. Alone In Death follows on perfectly from the band’s 2021 debut full-length The Codex of Flesh, with another six examples of crushingly heavy, impossibly technical death metal.

As a listener, you are subjected to an onslaught of gravity blasts and flesh-ripping guitars from the moment the title track kicks in. The vocal range from Dan Tucker is as undeniable as ever, as he plays ringmaster over the top of the ensuing chaos, shifting from demonic gutturals to banshee shrieks with terrifying ease.

Striking while the iron is hot, the band continue to beat your eardrums to within an inch of their lives. Hellsphere is a chaotic track that features even more drumming insanity from Byron London. The pig squeals from Tucker hark back to the glory days of Job for A Cowboy and the atmospheric guitar lines make sure everything remains contemporary in order to balance things out.

There is absolutely no time to catch your breath, as Crown Magnetar deliver another ferocious one-two combination with the tracks Realistic Flesh Mask, which features a superb guest appearance from Molotov Solution’s Nick Arthur, and The Pain of Existence, which sees the band calling on another friend from scene trailblazers I Declare War. A testament to the kind of waves that the band are beginning to make in the extreme metal world. Both tracks include the same intent as the others, that is to lay waste to whatever is in their path, ensuring when Crown Magnetar bring this release to the stage there is plenty of ammo to whip the crowd in to a frenzy.

The closing song on the EP is another example of unbridled rage and surgical precision in equal measure. The intricate guitar playing from Nick Burnett take centre stage on this track, as he seamless melds together a mixture of tremolo lead parts and string-skipping riffs. Far too often these sorts of things get drowned out in the mix with this kind of heavy music, but in this case, everything get its time to shine and the EP benefits from it as a whole.

As you may have deciphered by now, there is a theme that runs through the entirety of this release. It’s manic, it’s suffocatingly heavy and Crown Magnetar have zero time to pull punches, ensuring that they destroy everything in their path. There are plenty of bands that rely on breakdowns to make everything seem more brutal, but when the songs are this well-crafted and executed with such vigour it makes them almost redundant.

Crown Magnetar are a superb band, lying in wait for their time to take the reins on the genre and lead from the front. With Alone in Death, they may well have the firepower with which to do so.

For Fans Of: Osiah, Enterprise Earth, Shadow Of Intent