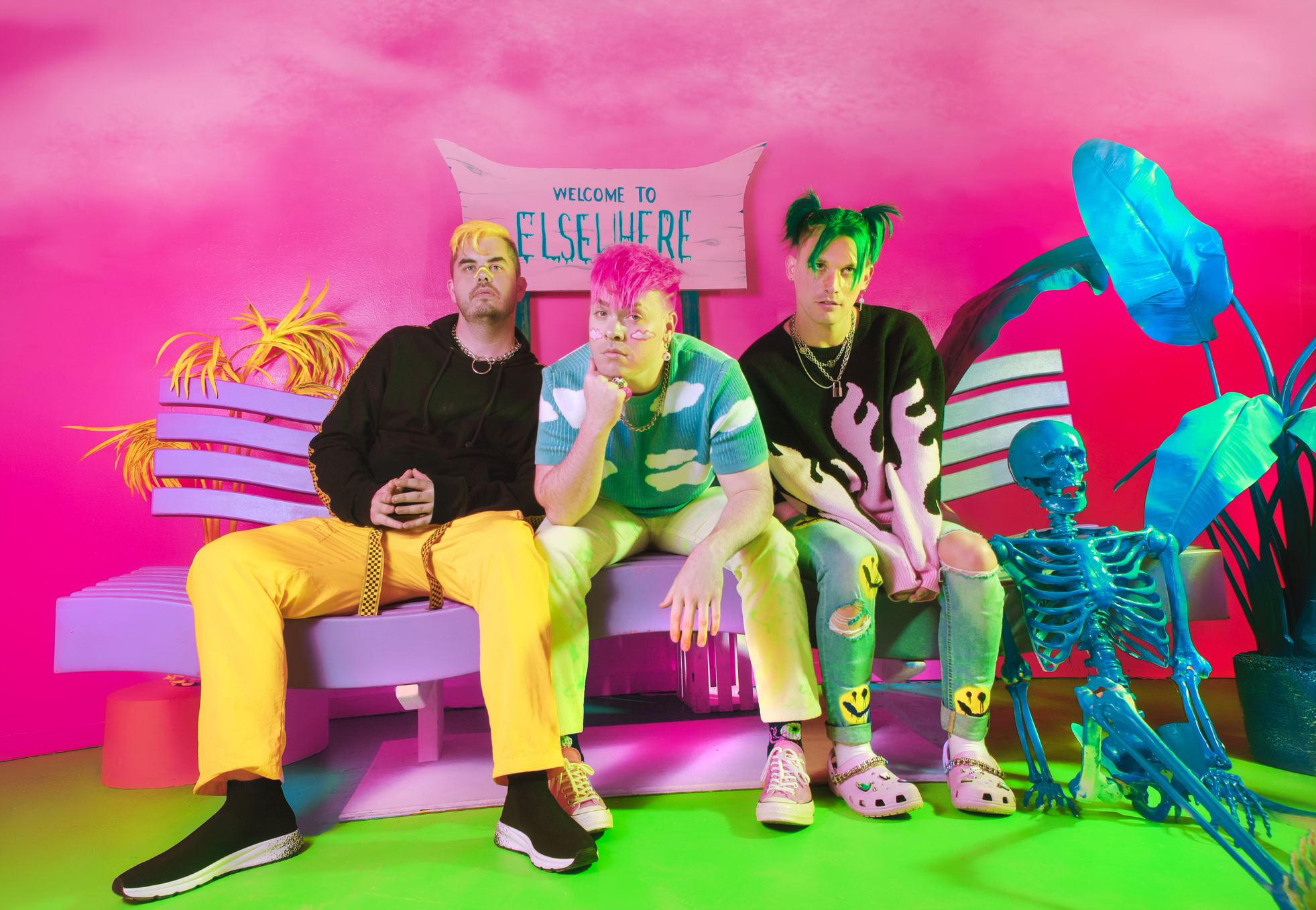 Set It Off are back with their new album Elsewhere, an album that promises to take listeners on a ride through an unseen side of the band. Previously known for their own cinematic style of pop-punk, Set It Off did start to sway towards dropping the punk part and aiming for pop perfection. Though this album blurs the lines of genre and perhaps makes them even harder to pigeonhole, which in the industry is often no bad thing.

The record opens with Skeleton, a track that starts off gently but builds momentum as we reach the chorus. This is when the real flesh is added to Skeleton‘s bones with a catchy melody and riff. That’s not all though, we even have a rap element to solidify the direction Elsewhere is going in.

Up next is Projector, a song that vocalist Cody Carson tell us is about people that project their issues onto other people and do not accept responsibility for their own actions. Lyrically it’s an angry song accentuated by the half singing, half rapping Carson. As is so often the case with bands that use overly emotive lyrics, its musically upbeat chorus creates contrast.

Both the aforementioned songs were singles from the album, so fans may have already been familiar with them. The next couple of songs are a pleasant surprise, the likes of Loose Cannon really show off the pop possibilities that the band have previously nodded towards. This is evident in the production as much as the nature of the songs.

Tracks like Why Do I are more of a mix of genres – this particular one involves wind instruments and more angry lyrics. The only let-down that becomes apparent on this album is the lyrics sometimes seem predictable, repetitive or just a little forced. Why Do I may very well confuse listeners who could find themselves conflicted between slightly awkward instrumental work and an absolutely awesome hook.

But hey, not all tracks can be flawless and they don’t always fit with each other. Maybe the problem is that music fans require every song to be perfectly balanced and compliment each other on an album. When actually, just being able to enjoy each track as a stand-alone song could be enough.

Other standout tracks from this album include Who’s in Control and Dangerous. The first is very poppy and the rhythm will have your hips wiggling if nothing else. Dangerous uses those rap elements again, but much more successfully than on previous songs. In general, they do a great job of creating a well-rounded album of 16 songs. A few more than on your average release, which gives them a little leeway to have an odd weaker song or two. The album ends with the song Better Than This, which makes use of strings and keys to finish things off memorably.

On this album nothing is out of bounds, that is to say anything goes. Any genre, any instrument, any lyric. Set It Off are pushing boundaries with this release and are coming into their own style once again, reinventing themselves. Yes, that can lead to a hit or miss situation, but it’s thankfully the case that there are more hits than misses on Elsewhere.

Standout Tracks: Projector, Who’s In Control, Better Than This

For Fans Of: Stand Atlantic, Point North, The Summer Set