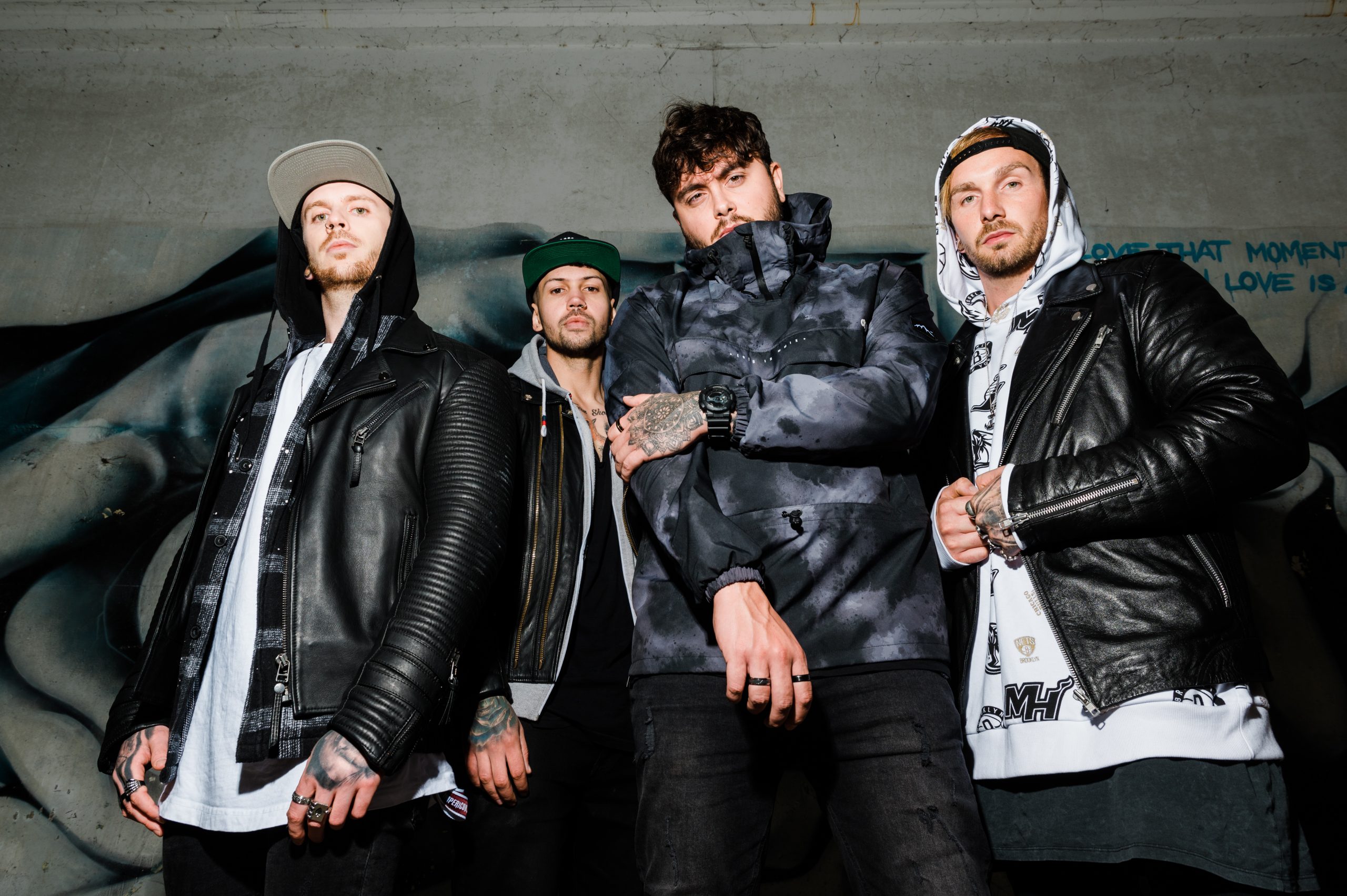 Metalcore quartet InVisions blew us away with their recently released third album, Deadlock. Last October the band returned with the first single from the record, the stomping Annihilist, a track “all about being on the brink of giving up.” We spoke to guitarist Lucas Gabb to discuss the single’s themes, stories from behind the scenes and more.

Annihilist is everything you could possibly want from a modern metalcore song! It’s heavy, fast, catchy as hell and has a euphoric breakdown that will send you into another world! From the moment this song was completed it was an instant standout. I don’t think we’ve ever written a song that’s quite as poppy whilst maintaining that traditional iV heavy! It’s opened a lot of doors for us and showed us that we can blend the two together without it feeling forced or unnatural!

The whole writing process for this record was a little different, as I was tracking the guitar and having a more hands-on role in producing the record. It meant we could spend so much more time messing around with the post-production elements such as strings, synths and pads which 100% give this song it’s unique vibe! We wanted to try and capture a similar vibe to Sempiternal with the production, layering in the chorus and then there’s a huge production break in the middle section which isn’t something we have done before!

Straight up, writing songs can be hard, especially when you’re three albums deep and don’t always know what you want to say! Annihilist is all about being on the brink of giving up. It’s looking at all the sacrifices you have made, trying to find your self-worth and being able to push through that cloud of doubt and move forward! I think the chorus in particular embodies the relief when you separate yourself from your demons and you can almost laugh in the face of them and just say fuck it, “let it burn”.

I think it’s an unwritten rule that if you’re in a metal band you’ve got to have pyro in a music video at some point – and this track just screamed for it! We got to work with Tom Campbell, an incredible lighting engineer and production designer, who designed this amazing set which gave us a world to perform in! With all the videos from the new record, we wanted to step up our game massively and what better way to announce a new record than with fire!

We actually shot this video before the album was even complete and it was the first time we had all been in the same room together in months! We travelled down south the night before to make the next day’s early start a little easier, but it’s safe to say we were all so excited to be doing something again that we had a few too many beers that night! Which made the shoot the next day a bit of a rollercoaster!

Make sure you pick up a copy of Deadlock and let us know which track is your favourite! It’s easily our favourite record we have ever written, and we hope you love it just as much as we do!

InVisions‘ new album Deadlock is out now, available to stream or purchase HERE.

See InVisions live at one of their album release shows: