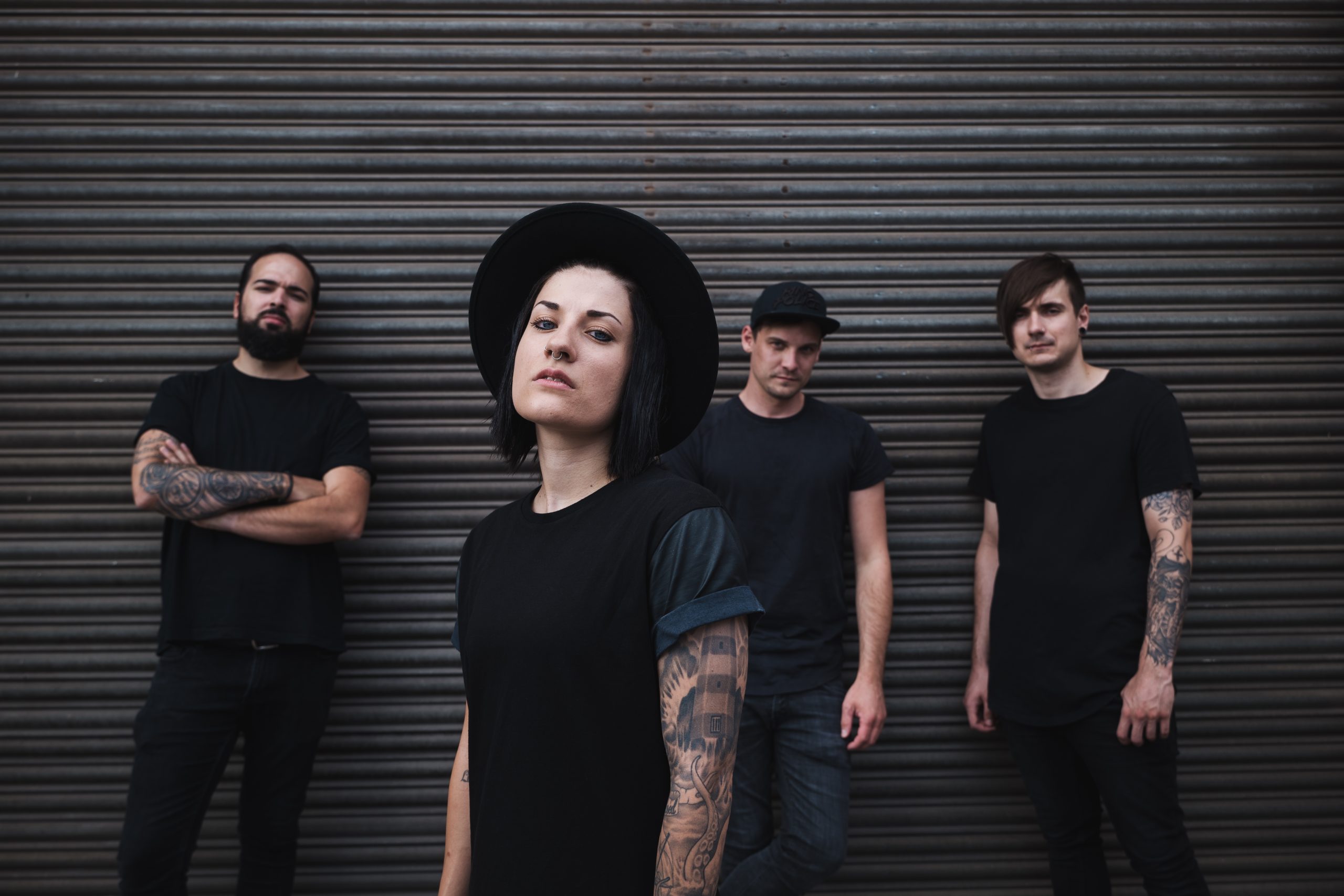 It is always exciting when you come across a relatively new artist who know exactly what they stand for and how they want to present their art. That is exactly the case for German outfit SETYØURSAILS. The post-hardcore band may not be reinventing the wheel musically, using the tried and tested metalcore method of weaving together melodic choruses with heavy as hell break downs, but one thing they aren’t here to be is apologetic about what they want their music to represent.

The band’s new album Nightfall delves into topics such as racism, sexism and homophobia, but does it in such a way that it doesn’t feel like they are being directly political or are trying to push an agenda. Rather they are use their songs to tell stories and experiences of the impact these issues would have on the victims of them.

The record kicks off with a track which has one of three featured artists on it, with Ghosts featuring Rudi Schwarzer of Annisokay, The song starts of with a slow build up of a rumbling guitar, but just when you expect the song to drop SETYØURSAILS offer up a more melodic approach. This allows vocalist Jules Mitch to really introduce themselves onto the track with their clean vocals, before the song ramps up and they unleash the first guttural raw of the record. If the band wanted to put a song forward to showcase what they are all about, then opener Ghost is certainly the right way to go about that.

Even though SETYØURSAILS are putting their brand of post-hardcore front and centre, they aren’t afraid to give nods to those who have paved the path for them and even compliment them. On the album’s title track the band bring in Andy Doerner, vocalist of German metalcore legends Caliban, and it’s an absolute stroke of genius. His voice perfectly compliments Mitch’s and the parts where he comes in doesn’t dilute the band at all. If anything, they accentuate the heavy aspects of the four-piece’s music, where Mitch’s vocal line focuses in on the melody.

There have already been comparisons made of SETYØURSAILS to bands such as Dream State and As Everything Unfolds, and to would be ignorant to note that some of Mitch’s melodies do sound reminiscent of those of CJ from Dream State. But not to say fans of those bands won’t enjoy SETYØURSAILS, rather they should be judged on their own merit.

It’s songs like single Mirror which really demonstrates why the quartet deserve to stand on their own, rather than being pigeonholed into a box. The chorus alone will be something that lyrically hits home with so many people, but is catchy in a way that listeners will have it in their heads long after the track has ended.

For a second release, this is one hell of an effort from the German outfit. Every single track has a unique hook to it and on every listen you discover something new. Nightfall offers up so much for so many varieties of heavy music – it will be hard going to find a heavy music lover that doesn’t enjoy at least some elements of this record.

What is exciting about SETYØURSAILS is that they aren’t afraid to take risks – closing out the record with a cover of a Lady Gaga song is a bold move. But by enlisting the vocal skills of Mike Perez from No Bragging Rights, the band put together a unique rendition of the song Shallow from the film A Star Is Born. And they have put enough of a twist on it that the track could stand as a SETYØURSAILS original rather than a cover.

With Nightfall racking up 13 tracks it looks quite lengthy on paper, but there is never a dull moment throughout, and there is no doubt that this record will resonate with so many different people and will open the band up to a much wider audience this year.

Stand Out Tracks: Nightfall, Mirror, Into The Storm

For Fans Of: Dream State, As Everything Unfolds, VENUES