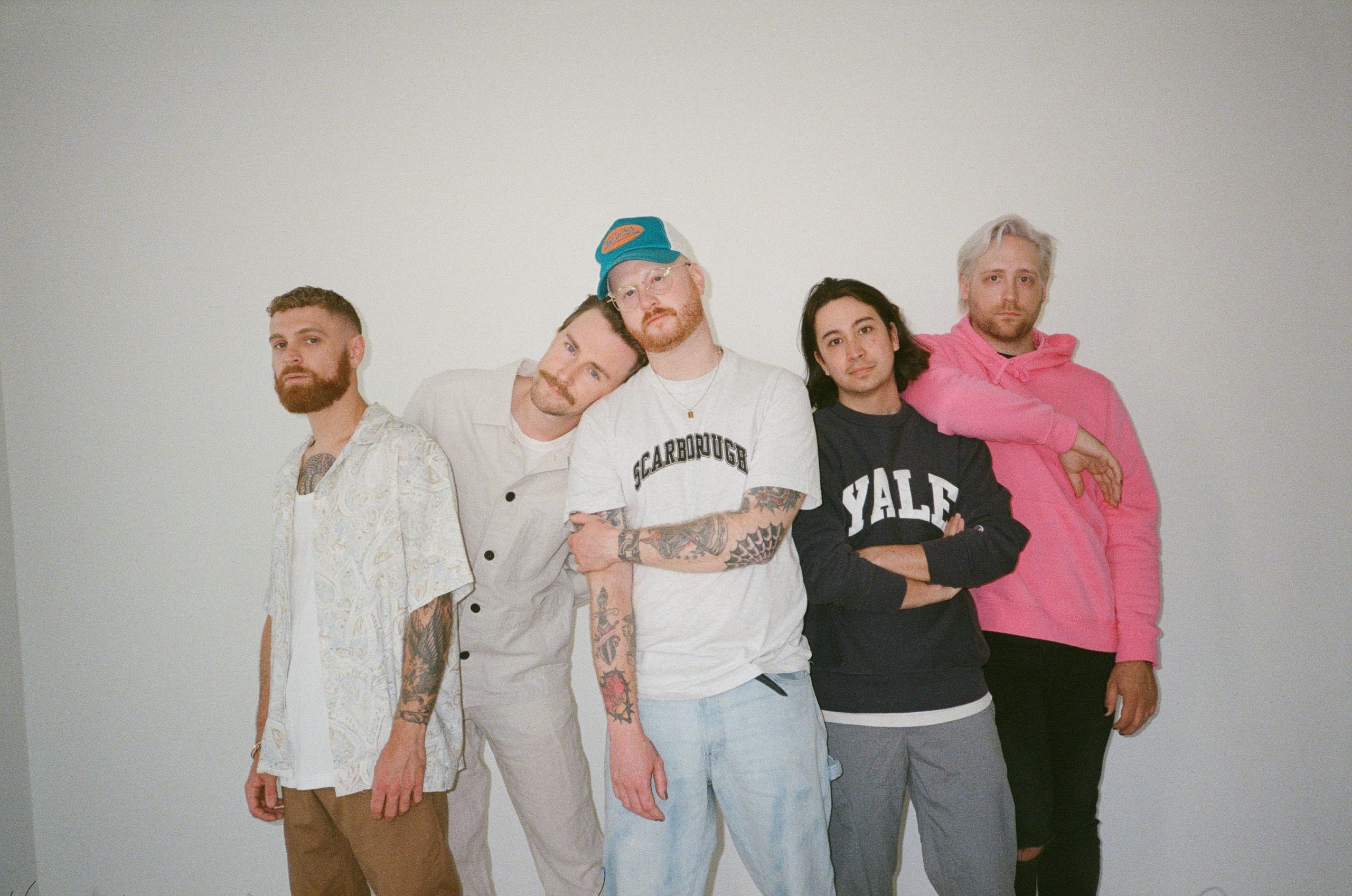 Toronto’s Like Pacific are a force to be reckoned with. Taking over the scene by storm with their 2016 debut Distant Like You Asked, the melodic-rock five-piece are back with their third full-length, Control My Sanity.

Though the album was written and recorded over video chat and iPhone demos, the ten-track record is easily the band’s most coherent body of work to date, telling the story of vocalist Jordan Black’s experiences through heartbroken and frustrated lyricism.

Latest single Ketamine Jesus opens the record with a sense of familiarity from Like Pacific, the high energy chorus making us equally angry and sad at the heartache Black sings about.

A strong opening guitar riff follows with Love Them and Leave Them, a call-out to see if anyone feels just as hopeless and alone as he does, while singing about the desire to lose himself in someone else: “craving body heat and rest. I take off my clothes and you help me forget.”

In the past two years, Black explains that he went through “the worst depression I’ve ever experienced,” and title track Control My Sanity expands on the album’s consistent theme of depression and anger. With lyrics sharing his brutally honest thoughts – “You’re the reason I don’t want to live” – Like Pacific manages to avoid the topic becoming repetitive, by having the lyrics painfully relatable to anyone who has been through a bad breakup or depression.

Hollow Tears offers a slightly different energy to the album, the chorus coming in heavier than what we’ve seen so far on the prior tracks. It will be one of those that will easily translate the energy of the lyrics during the band’s future live shows.

Waste Of Breath comes in as a breath of fresh air on the tracklist, opening with a melodic guitar riff that eases into a catchy chorus, spilling the tale of bitterness at someone who comes across as a pathological liar.

Through a steady drum beat and lyrical melody comes Fail To Speak, a strong effort that instantly makes you feel the frustration and hope that translates through – allowing us to practically picture the aggressive finger pointing from fans if this song makes it onto future setlists.

Dropping in energy, but continuing the passion with tattoo-worthy lyrics is Rest In The Dirt,  the penultimate song on the album and the token mellow track. “Do I throw it all away or live another day?” sings Black, “am I destined to rest in the dirt?”

Closing out the album is Time Won’t Heal, a song discussing the feelings of wanting to give up because it’s simply too hard to continue, “I can’t do this anymore.” Kicking it up a notch is an electronic bridge in the song,  a heavier guitar riff shows up to build momentum, before switching into a full-blown guitar solo. This aspect isn’t seen on earlier songs, and encapsulates the despair of giving everything you’ve got before you simply can’t continue anymore.

With the majority of the songs clocking in at under three minutes long, Control My Sanity displays Like Pacific‘s effortless ability to portray the resentment that comes with the negative feelings surrounding toxic relationships and mental health.

For Fans Of: Real Friends, Trash Boat, Between You & Me