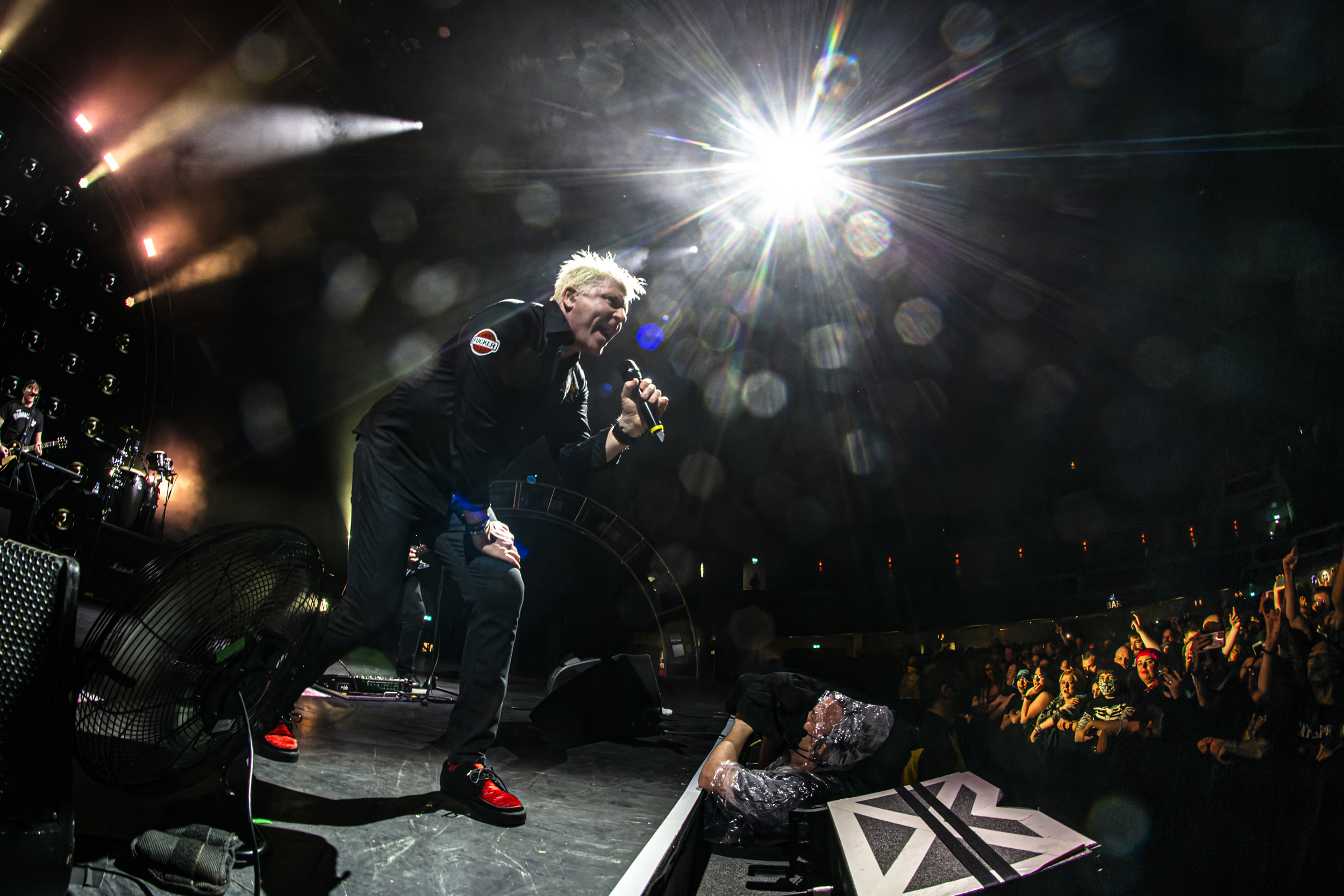 Earlier this year SoCal punk-rock outfit The Offspring released their tenth studio album, Let the Bad Times Roll. The band headed out on tour in support of this album but to also showcase some of the tracks from the back catalogue which have made them such musical icons. We headed to the Glasgow tour date and you can read on to find out about our experience.

‘And it feels, and it feels like heaven’s so far away. And it feels, yeah, it feels like; the world has grown cold now that you’ve gone away!’ It was almost as if Dexter Holland was singing specifically for us, specifically about the nightmarish past 18-months since the Covid pandemic enveloped the globe. Thrusting our arms to punch the air and straining our throat raspy to Gone Away as part of The Offspring’s encore was the highlight of the show for us, as we, and 5,000 of my fellow SoCal punk rock fans roared our approval to our American guests.

We were finally back at a gig, back in the sweaty, delightful sea of like-minded rock revellers. Horns up, pint in our paws, music stirring our souls and our heart full of the feelings, emotions, nostalgia and joy that only live music can create. The Offspring are absolutely one of our gateway bands, a band which led us into the world of rock and metal and into badder, darker and heavier sounds eventually. We still vividly remember, peeling the cellophane of our copy of Smash as a 12-year-old and blasting through our speakers at home. It was, and remains, one of our favourite albums and one we can still play from start to finish without reaching for the skip button.

But we digress. On this night we are front and centre for the full Offspring experience – in live and living 4D colour for their show in Glasgow’s SSE Hydro. Having been rattling and jonesing for live music since the early part of 2020 when the idea of a global shutdown was nothing more than a nightmarish concept. We were there early for The Offspring set, determined, hellbent and absolutely sure that we wouldn’t miss a note, a lick or beat of their set. With The Offspring being one of the bands which first steered us onto the good ship Rock ‘n’ Roll we were of course giddy with excitement and a cocktail of nostalgia glee at a return to live music.

And while we readily admit to wearing rose tinted specs, or should that be rose tinted ears, for this gig it ticked all the boxes, scratched all the right itches and left us swaggering out of the SSE Hydro like Connor McGregor with a winning lottery ticket in our back pocket. Our SoCal superstars booted the doors off the hinges with set opener Staring At the Sun sets the tone for the night and the Glasgow crowd, as tradition dictates, are ravenous for more.

One of their big guns drops next with their mega hit from Smash following next with the crowd sing-a-long Come Out and Play; a song dripping in nostalgia and one which saw the rocket ship strapped to the band and sent them to superstardom. The hits kept coming, the band kept rolling as they reminded us with every four-minute slice of punk rock/pop rock heaven exactly why they burst through the glass ceiling to become the mega mainstream crossover band they are. Want You Bad, Let The Bad Times Roll, Hit That and Hammerhead all followed before another four-minute slice of Smash heaven with Bad Habit had me bouncing around like Tigger after a case of Red Bull.

The pace dropped a little for a medley of covers but who can go wrong with Blitzkrieg Bop/Paranoid/Trooper/Panama/Highway To Hell with a musical tribute to so many of the rock and metal greats.  Gotta Get Away grabbed us all by the lugs again and then it was time for Gone Away. But the band didn’t play their regular full-blooded anthem from 1997’s Conspiracy of One. Instead, they slowed the pace right down and plugged themselves deep into our feels with the new stripped down, piano and strings led version they dropped on their recent record. It does the trick. Nostalgia and emotions of the moment, for us anyway as a long welcome return to the live music front, were cranked up to maximum levels.

The Offspring still sound fresh as Holland wails in the same enthusiastic and excitable manner in which he always did while Noodle’s fingers dance and glide down the fretboard in fearless and frenetic fashion. Why Don’t You Get A Job sounds as fresh and anthemic as it always did before Pretty Fly For A White Guy has the entire crowd singing in tandem and dancing as one, together, in a glorious sea of black shirted, big smiles in unison.

The Offspring have long since mastered the art of pop-punk as demonstrated by the youthful enthusiasm they pour into The Kids Aren’t Alright and You’re Gonna Go Far Kid. There was still time for one more slab of Offspring delights and it was their long-time crowd favourite, and arena worthy, soaring stadium rocker – Self Esteem.

It was a perfect end to a perfect night of heart filling, nostalgic musical moments fuelled by cider and great company built upon the bedrock of a string of turbo-charged blasts. Larga vida a la Offspring – Long live The Offspring.