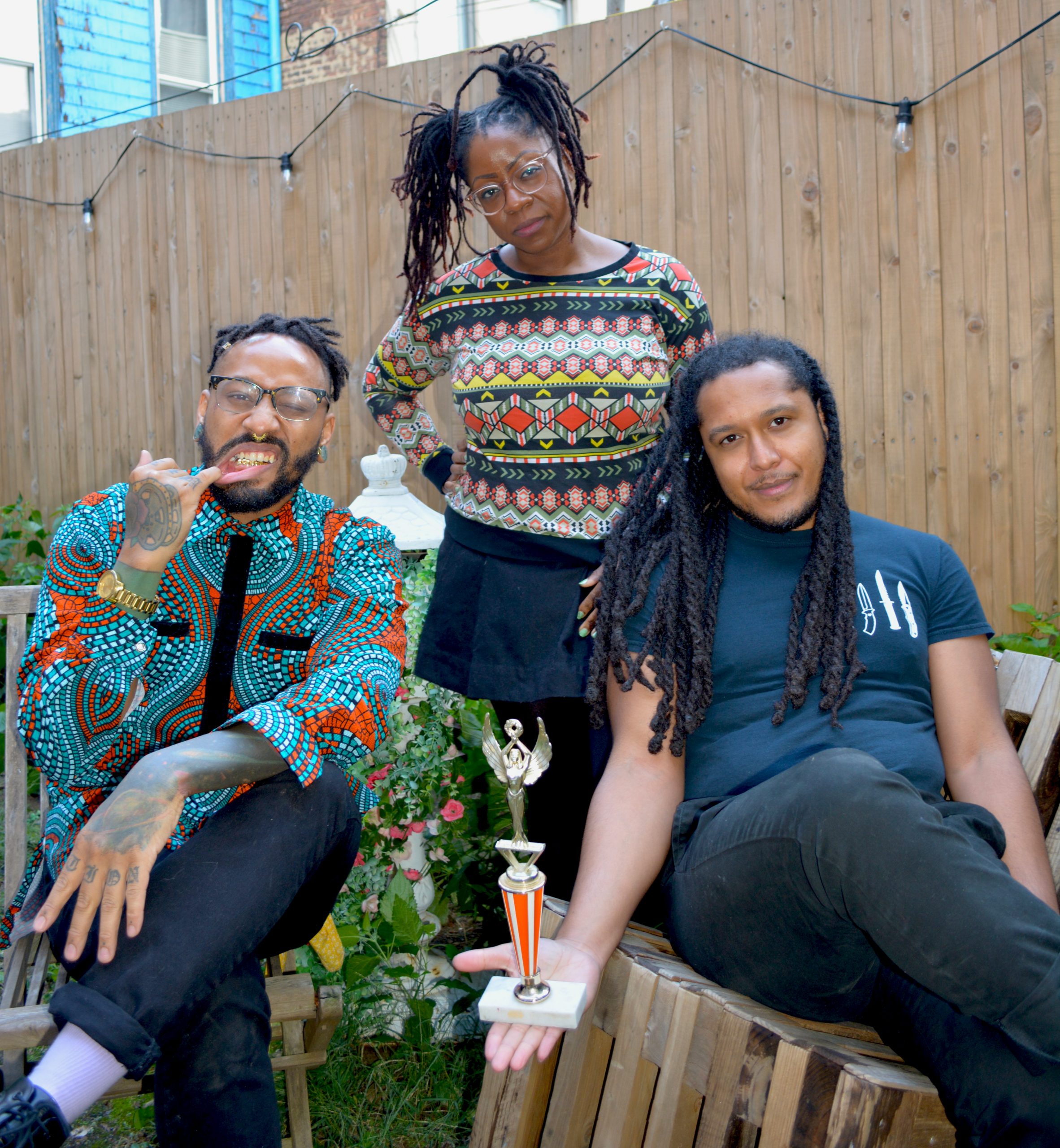 Proper. have released a video for their new single Red, White, & Blue. It is the Brooklyn trio’s first release through Father/Daughter Records who are teaming up with Big Scary Monsters to co-released the band’s new music and acts as the first taste of a 2022 album.

Vocalist/guitarist Erik Garlington says: “It felt like a no brainer. We ended up filming almost an hour of footage for this 2.5 minute song, and then it was stuck in our heads for days to come. I’m talking waking up in cold sweats mumbling something about ‘well dressed & charming, spangled & darling’, hearing 5/4 time signature in nature, and Rorschach test-esque images of Uncle Sam appearing in random places like the produce aisle at our bodegas. We definitely inhaled an ridiculous amount of fog machine smoke… Anyway, the video was a blast!”

Garlington continues: “A lot of millennials in my life share the sentiment that being American feels like being in an abusive relationship that you can’t find the courage to leave. Uncle Sam is this charming older man that you find yourself drawn too and only realize way too late into the game what you’re really dealing with. I knew I wanted to focus on looking at what makes this country what it is, and how hopeless I feel to stop it.”

A performance video has been shared for the track and this was directed by Erik Garlington and edited by Bridget Mcguigan. Check it out below!


Like what you hear? Red, White, & Blue is out now and available HERE.

The trio are heading out on a UK headline tour in 2022, see them at the following dates: