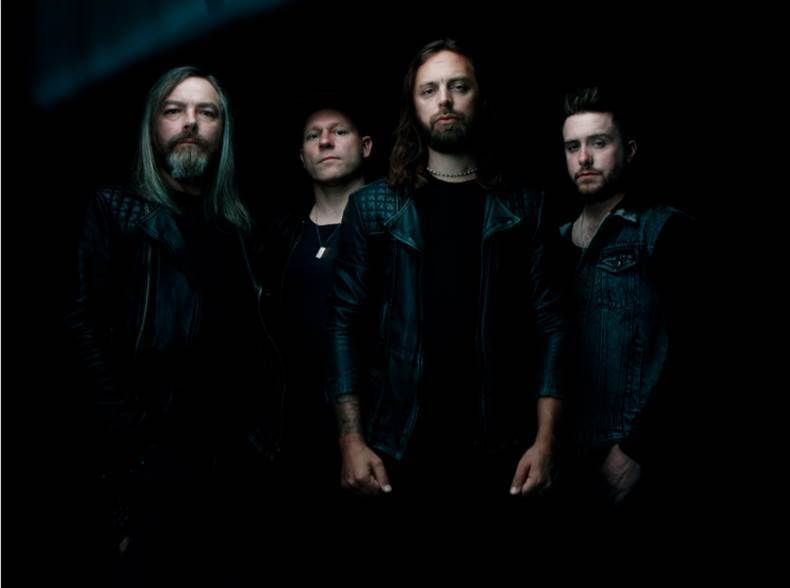 When you think of the most successful modern metal bands that the nations that form the United Kingdom have, Bullet For My Valentine have to be in your top three. Their seven-album catalogue has shown the Welsh outfit boast hit after hit after hit.

However now coming off Gravity, which is a brilliant record that perfectly portrayed the band’s ability to balance melody with vintage Bullet riffs, it did divide fan opinion. If an album was marmite, Gravity was that album.

In this self-titled record, the band are at their heaviest yet – to a lot of people’s surprise. Where bands such as Bring Me The Horizon have spiralled down a pop-tinted route in their recent albums, Bullet have shown that they know their roots and what they are, and this record shouts that in your face.

From the first minute of the album, Parasite acts as a jilted compilation of the best of Bullet, as snippets of the classics are popped into your ear and then swiftly pulled away. This of course leads into some pretty heavy shit. “You fucking parasite” sums up the mood of this track very well.

The lead single from the record follows – Knives. “Let the madness begin” is a brilliant way to sum up this track. Lead singer Matt Tuck’s vocals are at their peak. His raspy, aggressive delivery of the chorus of “bring out the knives to cut and divide, another scar for memories” is huge.

The guitarwork in the single is massive too, it’s a track that will certainly thrive in the live setting. My Reverie almost gives you a breather compared to the last two tracks with its intro, and then a Michael Paget riff comes in and takes full control. Even though this track feels less heavy, before you know it, the ultra-aggressive delivery of “cut me into pieces” perfectly contrast with Tuck’s cleans.

No Happy Ever After feels like a solid metal track from the off, with another consistently good riff being played throughout the verse, and although the “there’ll be no happy ever after” chorus teeters the line of cringe, it’s not a bad track as such.

Jason James‘ bass playing takes centre stage in Can’t Escape The Waves, in a similar way to Muse’s Chris Wolstenholme’s iconic bass riff in Stockholm Syndrome. It’s just a shame it gets a bit drowned out by the other instruments as the song goes on.

With a name like Bastards, you really have to deliver something heavy to back up the title, otherwise you’re going to disappoint a lot of people. Although, it takes a bit of time, the track does get very heavy, much to our delight. There are not many tracks where a group chant of “hate” works, but this is one of them – and an awesome solo follows.

Rainbow Veins follows next, and this really is Bullet at their best. The softly spoken verses about ecstasy are brilliantly delivered. The chorus is perfectly done. The passion of Tuck’s vocals is untouchable, and the riff to back it up is the cherry on top. This all builds up to the huge breakdown, which is the heaviest (and arguably best) moment on the record. It’s a breakdown which would satisfy even the heaviest of heavy metal fans. It catches you out of nowhere and then suddenly you hear “take me over the edge” and an absolute explosion of sound – it’s hard to say how good it is in words.

The lead riff in Shatter ought to have a minute’s silence taken place after, because that thing is deadly. It’s peak-Rammstein reminiscent. We’re not huge on the lead hook of “it’s gonna break me, but that doesn’t matter, another crack, watch me shatter”, but the instrumental is more than good enough to make the track definitely worth your while – the solo at the end is also worth your time. Instrumentally, this is Paget and Tuck’s guitar masterpiece on this LP.

Paralysed is a fairly mediocre track when compared to the rest of the record, it fails to really standout. The chorus of “you make me feel like I’m paralysed” seems a bit lazy, especially when compared to how good some of the choruses are on this record.

Finishing off their self-titled album, Death By A Thousand Cuts starts off pretty damn heavy and has an almost metalcore feel to it. It hosts one of the best choruses on the record, with Tuck delivering in vintage Bullet style to much success. His range is fantastic throughout this LP, with a mix of whispered, melodic, clean, and aggressive vocals all done superbly.

To summarise, Bullet For My Valentine shows off a lot of what Bullet do best. It’s their most brutal work yet, and it’s fantastic. The melodic choruses, which are mostly balanced perfectly with aggression, make this album what it is, and what it is, is a great listen.

For Fans Of: Atreyu, All That Remains, Killswitch Engage 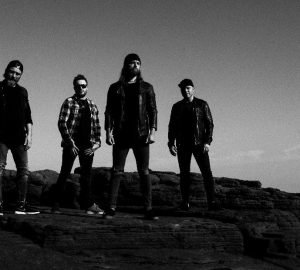