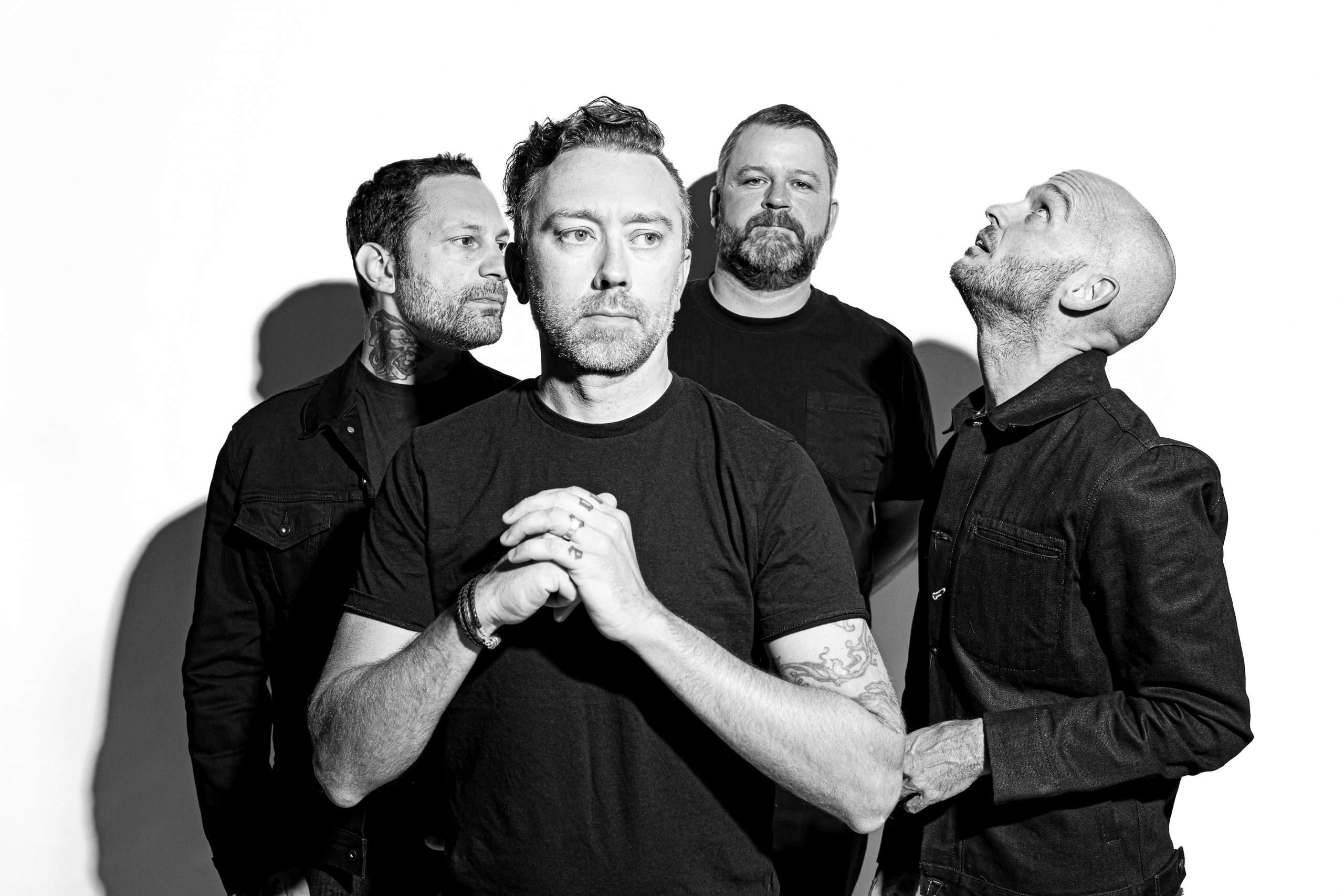 In a show listed as a late celebration of the release of their latest album Rise Against visited Kingston for a stripped back performance. The album in question, Nowhere Generation came out earlier this year in June and after its great reception, the band decided to release a new live expansion version of the record: an EP entitled Nowhere Sessions. The sold-out show held at PRYZM by the lovely folks at Banquet Records was the last in three shows in the UK for the band. They were joined for the show by Lyoness who opened for them.

Lyoness are a band from Hertfordshire, featuring current and former members of Gallows, The Ghost Riders In the Sky and Wonk Unit. The musicians hit the ground running in 2019 when just a month after their first band practice they debuted Lyoness at a Record Store Day festival in Watford and supported Frank Carter and the Rattlesnakes in the Watford Colosseum. At this show, there was a slightly different set-up with just two members of the band on stage, Stephen Carter on guitar and Gigi Gold on vocals.

The rest of the band were in the audience cheering their bandmates on. They played a great set that had a very energetic feel despite the acoustic nature of the show. Gold’s vocals are the type that will make the hair stand up on your arms and send tingles down your spine. In their short set, they seemed to impress the audience who clapped and cheered in all the right places. They are definitely a band to check out at a full-band show as they continue to tour through the rest of the year. 8/10

Much like their support Rise Against did not have a full band set up instead they were down to two men Tim McIlrath and Zach Blair. They played with enough presence to make up for being only half a band. For fans who want to see the full band line-up, there will be an opportunity next year at Download Festival, but on this night the fans did not seem to mind one bit seeing half a band.

The Chicago punk rockers had the full attention of the audience from the onset and were talking to the crowd whilst getting ready to play. They seemed relaxed and approachable like each and every member of the crowd was a good friend of theirs. It’s no surprise as McIlrath has been at this since the band formed in 1999 and it shows in professionalism and stage presence. They opened with Prayer of the Refugee followed closely by The Violence.

As the performance was stripped back it was easy to hear the crowd singing along to every word almost as loudly as McIlrath through the speakers. Despite the show being an album release event, the pair played songs from nine different records so it was quite a mix of their material from throughout the years. Amongst those songs they also played a couple of covers including Mother by Danzig, joking that they played the song how they remembered it which was not necessarily correct.

After the majority of the set was over, the band played Savior and quite to the surprise of everybody except the fans involved a circle pit broke out. That’s right a circle pit at an acoustic show, not something you see every day. It seemed that Rise Against inspire mosh-pits wherever they go because you can’t take the punk-rock out of their shows. As an encore, they played three more songs much to the delight of the crowd finishing on a high with Swing Life Away.

The show was well worth the wait and was well received and enjoyed by all who attended, with these talented musicians living up to their excellent reputation. We may well be the Nowhere Generation that inspired the band’s latest musical offerings but with shows like this, we will always have somewhere to go. A place where people are united by their love of music with artists like these welcoming each and every fan. 10/10