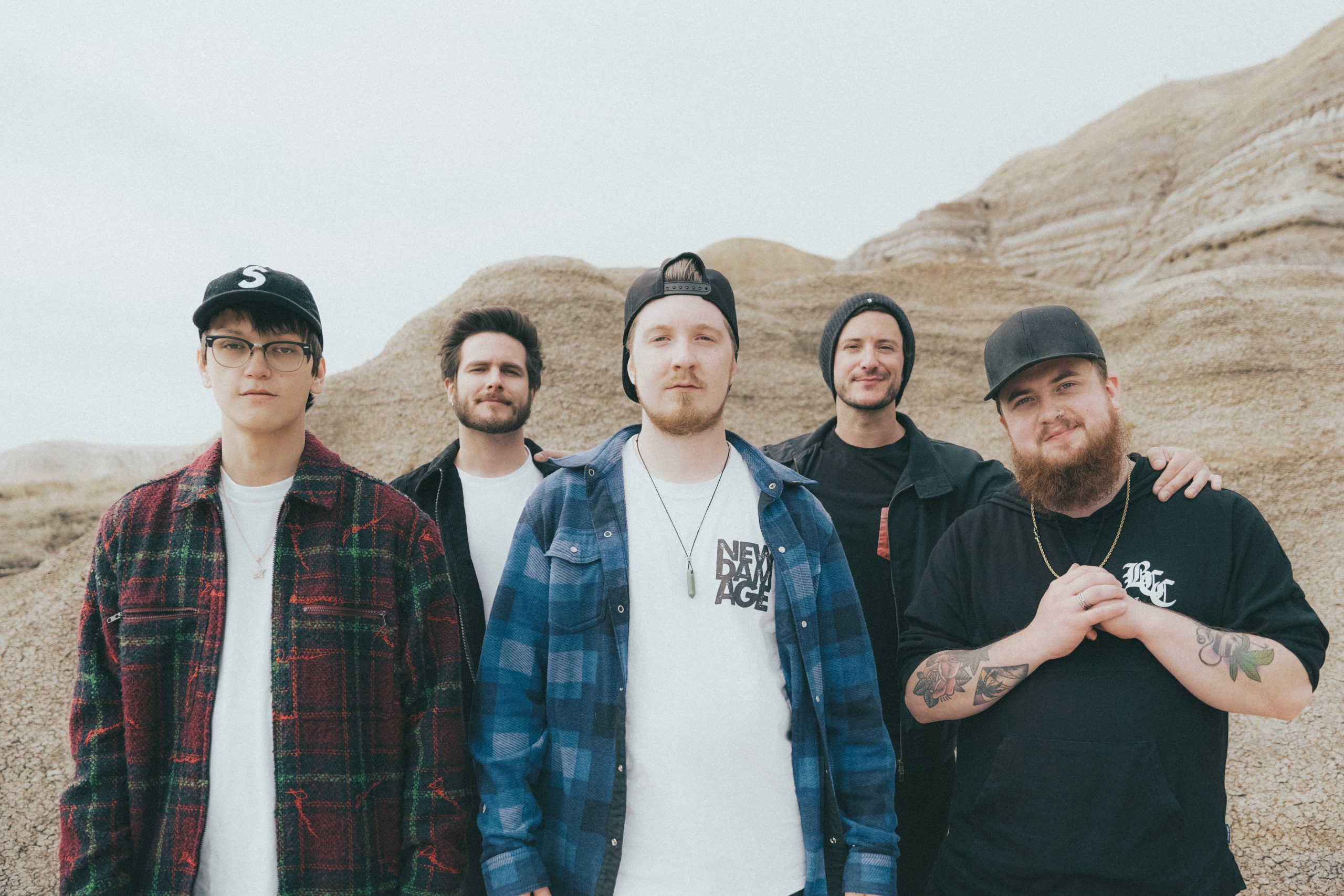 Rising Canadian five-piece Calling All Captains have stepped up their game with their debut album Slowly Getting Better, seamlessly blending pop-punk and post-hardcore to deliver their captivating signature sound. We caught up with guitarist/vocalist Brad Bremner to discuss the band’s formation, their wide range of influences, his first musical memory and more.

Hey I’m Brad, I play guitar and sing a little in Calling All Captains. We’re a five-piece pop-punk/post-hardcore/emo band from Edmonton, Alberta, Canada.

I started the band back in 2014 with our bass player Nick and our former singer, so we’ve been a band for about seven years now. Our old singer Mike and I were in another band previous to this one, and Nick, Luc, and Connor were as well. We actually played a show together a year or two before forming Captains, so we met in the local music scene.

I remember being about 14 years old when I picked up a guitar for the first time. My best friend had bought one and invited me over to hang out. He showed me that he had learned to play Brain Stew by Green Day in like 10 mins and taught me how, and I was immediately hooked. He gave up music a few weeks later and sold me the guitar, and I haven’t looked back since. Music got me through a lot of tough times in my life, so I guess I always thought maybe one day I could create music that would provide that same kind of comfort for someone else that needed it.

The band has a pretty wide range of tastes and influences. Connor is a classic rock and The Beatles guy, Nick is into hardcore, Luc loves emo trap and Northlane, and Tim and I are classic pop-punk guys. But for influences for the band, I would say bands like Knuckle Puck, The Story So Far, A Day To Remember and Trophy Eyes are all big influences and inspirations.

I don’t think any of us were really aware of where the band would take us. We started talking about things that would be cool to accomplish and somehow they all just started happening. We got to play a show on Warped Tour before it died, toured the UK and all across Canada, and got signed to a few labels in the last few years. Our motto has always been “Thoughts become things” and we’re gonna see how far we can take it. Next up on the list of goals: make enough money to actually live as musicians without side jobs.

For those who are yet to see you live, what can they expect from a Calling All Captains show?

Our shows will leave you sweaty, partially deaf, and possibly injured. We play loud and fast and feed off the energy the crowd brings. Our favourite shows are the ones where people are stage diving, crowd surfing and losing their voices screaming along. At worst, you’ll be seated somewhere and have to listen to us yell about our problems for half an hour.

What’s next for Calling All Captains?

We have some songs started for the next record already, so we plan to start working on that right away, and hopefully get back to touring and doing what we love. The pandemic took us from playing 100+ shows a year to ZERO overnight, so now that our album is finally out we want to tour, play some festivals, visit new countries, and just enjoy the ride and see where the album takes us.