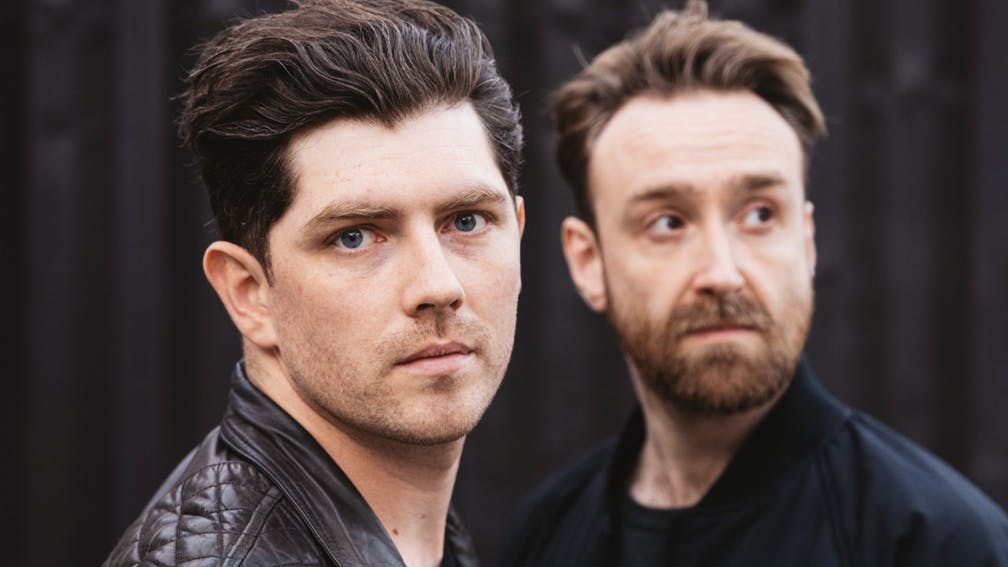 With this show originally scheduled for March 2020, fans had to wait a little bit longer than planned to see the power pairing of genre-blending BLOXX and Scotland’s finest, Twin Atlantic at Bournemouth’s Old Fire Station. But it’s true, good things do come to those who wait.

Openers BLOXX are quite simply badass with the bops to match. From the moment they appear on stage we’re met with a band who exhibit incredible onstage energy with their friendship also clearly displayed throughout. Tonight marked the last show of Twin Atlantic/BLOXX tour and after throwing themselves into album title track Lie Out Loud, vocalist Fee Booth took the time to inform the crowd her vocals weren’t currently at their finest. With their debut album Lie Out Loud released during the height of the pandemic, this tour gave a chance to also showcase newer tracks such as sassy latest single Pop Culture Radio full of funky indie-pop alongside 5000 Miles and its undeniably catchy chorus which saw Taz Sidhu and Booth joking about on stage having the best time, even if the crowd was not as receptive.

Closing their set with Everything I’ve Ever Learned; a track which touches upon enjoying the cards which have been dealt to you and one which the band made clear is incredibly special to them. Walking off stage to “you should learn to hold on, it’s not the end of the world”, it was a powerful message for attendees to remember especially after the year we’ve all experienced. What they might have lacked in vocals at some points tonight, the quartet made up for with sing-along friendly tracks and lyric maturity shining throughout them. Tonight was just a taster of what a spectacle a BLOXX headline show will be. Lucky for us they’ll be heading out on a headline tour next month! Find out more here. 7/10

With this tour rudely interrupted by Covid last year, it was third time lucky for Twin Atlantic. Bursting into action with funky-rock track Bang On the Gong, it was a slow start with the crowd maybe unaware of the relatively new material which launched Twin’s new era. But as 2020’s Novocaine kicked in a switch was flicked to turn on the crowd and this high tempo energy was felt both on and offstage during the track and continued into Volcano. Both showcased the band’s latest album Power which was getting its first real outing on this run of shows.

Twin have perfected their craft over their 14 years as a band with Sam McTrusty having the dominating frontman role down to a fine art. Hold On and No Sleep saw the crowd under McTrusty’s spell, losing their minds thank to the track’s ferocious energy running through their veins with them being advised to “make some noise for yourselves“. Flaunting one of the best guitar outros we’ve witnessed on a live stage, the crowd’s rowdiness was sound tracked by gritty vocals and roaring drum lines too, what more could anyone else ask for?

Tonight was a special night, it was the first Bournemouth show for the band and meant it had been a 14 year wait for them to reach the seaside town, something they profusely apologised for throughout. But that was all forgotten tonight as for many this was their first show back following the lockdowns with McTrusty commenting “seeing strangers is amazing” and we had to agree. Playing smaller venues on this run of shows and also being part of the Revive Live tour, the band haven’t strayed from their roots over the years. Taking the time to thank the backbone of live shows; the venue and the behind-the-scenes crew, they also took time out to dedicate Yes, I Was Drunk to tour mates BLOXX.

The band filled the set with tracks spanning their discography, allowing memorable and unified moments to be made during the likes of emotive and arena-worthy Brothers and Sisters. Fan favourite Free was understandably well received, with the album of the same name soon to be celebrating its tenth anniversary the band have recently announced they will be taking it on tour and performing it in full next year. With Twin Atlantic they’ve simply age like a fine whisky, initiating rousing sing-alongs, synchronised clapping and impeccable vibes, all accompanied by drummer Craig Kneale as the driving force supporting McTrusty’s twangy Scottish vocals.

Twin Atlantic are a quite simply a force to be reckoned with. The Chaser saw the venue shaking after the crowd obeyed McTrusty’s command of “Jump motherfuckers jump” with increasingly catchy backing vocals making it easier for the crowd to get involved with this anthemic track. A gritty, dirty guitar solo and some questionable sing-alongs from the crowd saw the energy reaching a new climax. Instead of a one-man party on stage it became a full venue party, one which wouldn’t be out of place within an arena setting.

But it wasn’t all ferocious energy, as Twin Atlantic are a band who can do both with some stunning emotive offerings provided tonight. With their sound evolving across their time as a band, we had electro to rock to some indie edge for good measure. Oceans and Crash Land stole the show as the stage lit up for just McTrusty, his guitar and some smooth, delicate vocals. In particular during Crash Land, he was overpowered and needn’t have sung as the chanting vocals of the crowd filled the venue from wall to wall allowing for a truly special moment to take place.

As the show drew to a close, we were left wishing more of their Power album was highlighted, thankfully another dose came with Barcelona. Turning it up, Twin Atlantic were the one and only thing which mattered in this moment with the band letting loose whilst being unfaltering musically at the same time. Closing on the only track worthy of such a role was Heart and Soul which has become a rock anthem over the years, with Bournemouth well and truly in their hands from the starting notes. The first, long awaited show here in Bournemouth was a showcase of skill, determination, power and simply flawless showmanship. Try not to leave it so long next time yeah? 8/10