Black Foxxes have announced they are set to release an extended version of their self-titled album on 17th September 2021. The original album was released back in January 2020 and the digital deluxe version of it will feature new four new tracks.

“The digital deluxe release of this record is something we wanted to do immediately upon writing the songs a couple of years ago. We knew the length of the record would be too much to include everything in the initial release, but now that those first 9 tracks have had time to set in for everyone, it feels like the perfect time to release the extended version,” explain the band.

Alongside the album announcement, Black Foxxes have released their new single 45. Speaking about the track, frontman Mark Holley says: “45 was actually written years ago with the old line up. It just felt like a nod back to the early days of the band during the ‘I’m Not Well’ release. It’s just straight up raw. With the way our band is writing music now it feels miles away from the heaviness of this sound, but that’s one thing we said from the offset: that there would be absolutely no limits when it came to genres. It feels nice to throw in one of our heaviest tracks whilst writing some super wanky and pretentious album 4 material. Get a guy that can do both, y’ know?”

Like what you hear? Head here to stream or purchase 45. Whilst the extended version of their self-titled album can be pre-ordered from HERE.

Black Foxxes will be heading out on a headline tour later this year where fans will be able to hear the self-titled album live, see them at the following dates:

VIDEO NEWS: A Will Away Release Video For New Single ‘Spittin’ Chiclets’ 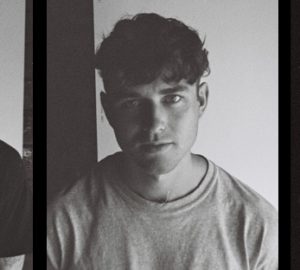