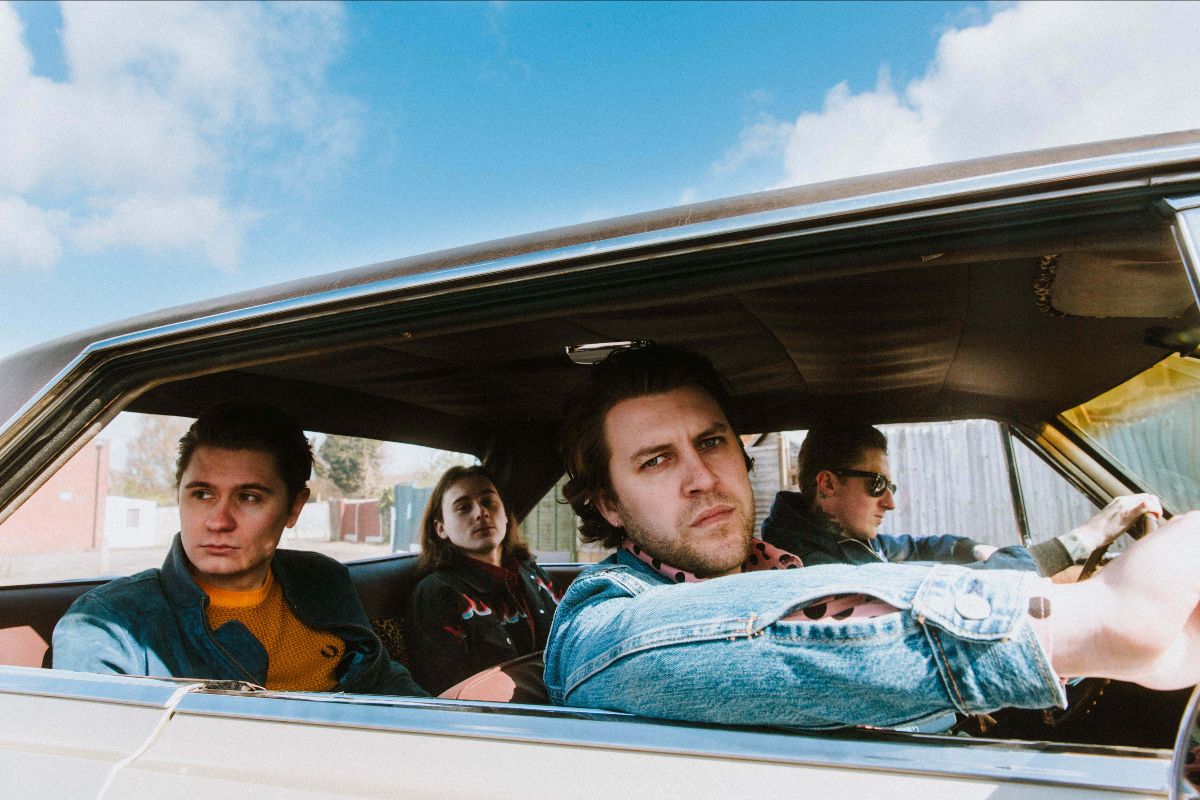 I’m Chino (David), lead guitar player for Lovebreakers. My parents didn’t write ‘Chino’ on my birth certificate, but the band gave me this adopted name as a reminder to the absolutely horrendous chinos that I used to wear. Luckily, the chinos are now retired. The whole band consists of Jack – vocal and rhythm guitar, Christian – bass, myself – lead guitar, and Nathan our new boy on drums.

The band formed originally when our bass player, Christian, asked our original drummer Marcus for a jam. Christian knew Jack from years back and new he would make a great frontman. At this point, the three of them had produced a couple of singles and were beginning to make traction. A couple months down the line, they decided they needed a lead guitar player, and this is where I came into the picture. Christian’s mom is good friends with my mom, and myself and Christian had met a couple of times when we used to look after his dog, Harvey. One day when Christian dropped off Harvey, he noticed all my guitars dotted around the house, so he asked me to try out for this new band (called Lovebites at the time) and the rest is history. At the time of writing, we’ve been together four years.

Clear as day. I can remember listening to Dookie (my first album kindly provided by my sister) and immediately thinking, “I want to give this guitar thing a crack.” Being nine years old at the time, I thought it would be easy. How wrong I was, but luckily persistence paid off and all these years later I’m still doing what I absolutely love.

Overall, we take influence from any timeless rock n’ roll . Whether that be The Who, The Rolling Stones, Tom Petty, The Replacements, Green Day, the list goes on.

Leading on from the previous question, we want our music to be timeless. This is our overall, primary goal as a band. We believe if our music stands the test of time, and is enjoyed as much in 20 years as it is today, everything else will fall into place.

For those who are yet to see you live, what can they expect from a Lovebreakers show?

Timeless rock n’ roll and loud guitars. A couple weeks ago we did a professionally recorded live stream with one of our favourite venues, Boom, up in Leeds. This is available to watch HERE. Check it out!

The rest of 2021 is still completely unknown for the whole industry as far as gigs and tours are concerned unfortunately, so we can’t plan that far ahead. However, in the meantime we’re working our way through album number two and preparing for our tour with Social Distortion next year across Europe and the UK. Providing the world gets its act together, 2022 will be a great year for Lovebreakers.