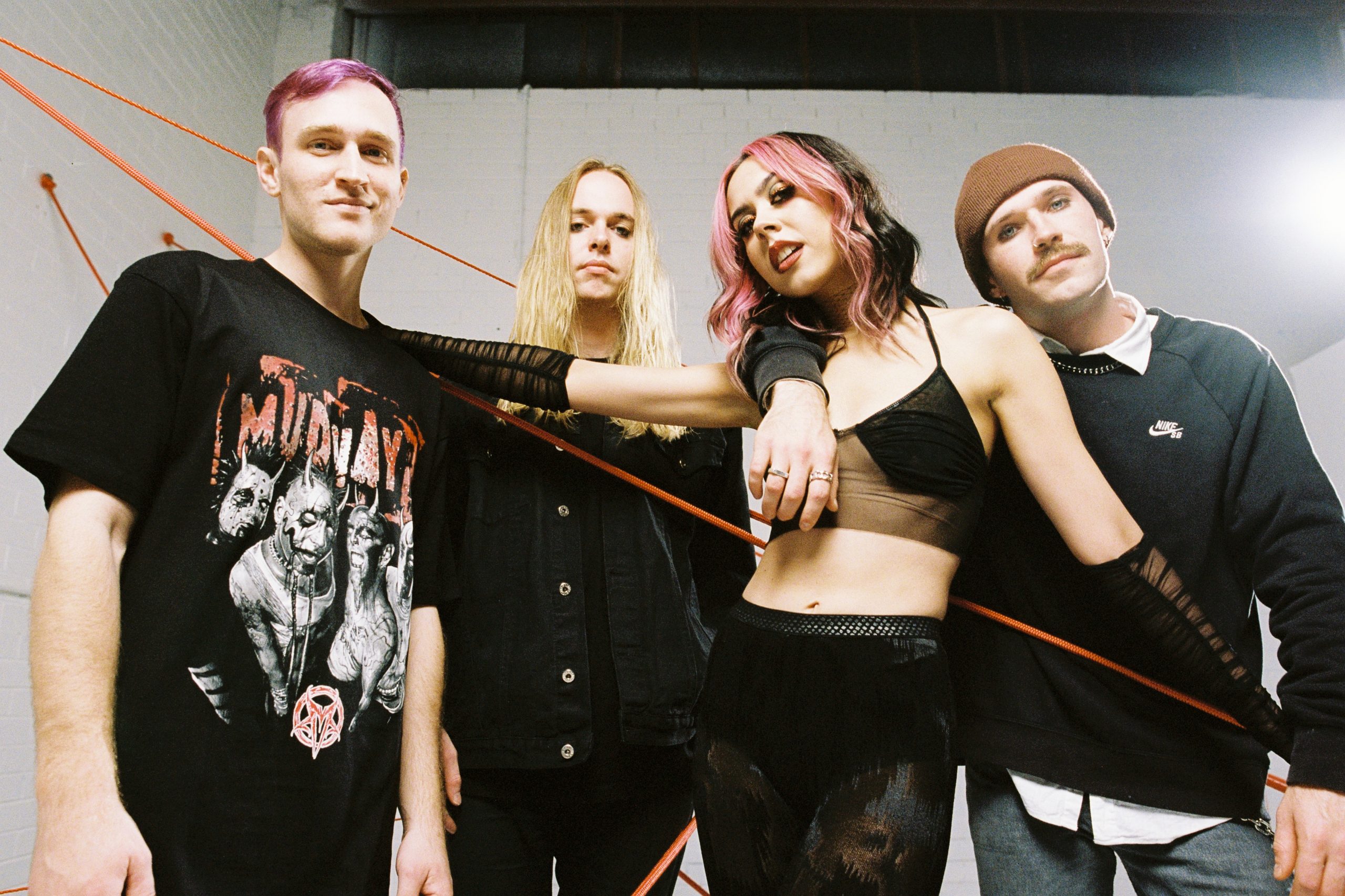 Yours Truly have released a video for their brand new single Walk Over My Grave. The track is the band’s first new music since their 2020 album Self Care.

“I shiver a lot, and when I’d shiver this person would say ‘someone must be walking over your grave’, and that was just a thought that kept coming back to me after we weren’t close anymore,” says vocalist Mikaila Delgado. “I shivered one day as I was driving and I remember pulling over and writing lyrics. I was wondering, did anything I ever said stick with them? Were they thinking about me too?”

“It’s exactly how I pictured it in my head,” Delgado adds. “I always imagined it to be set in ‘hell’, along the lines of the idea that sometimes you can be stuck in your own head that feels like a hell you can’t escape. I had the idea of using red velvet throughout it because it’s got a very uncomfortable, dark looking vibe to it. I wanted to purvey the mood that I was carrying though uncomfortable imagery like the fabrics and set pieces, body movements and contorted camera angles.

“Visually, the boys and I made a really concerted effort with our outfits as well. We want to tell a visual story and we want to represent this kind of new music and era we’re stepping into. We don’t want to be rocking up in jeans and t-shirts anymore.”

Like what you hear? Walk Over My Grave is out now via UNFD, available to stream or purchase HERE.