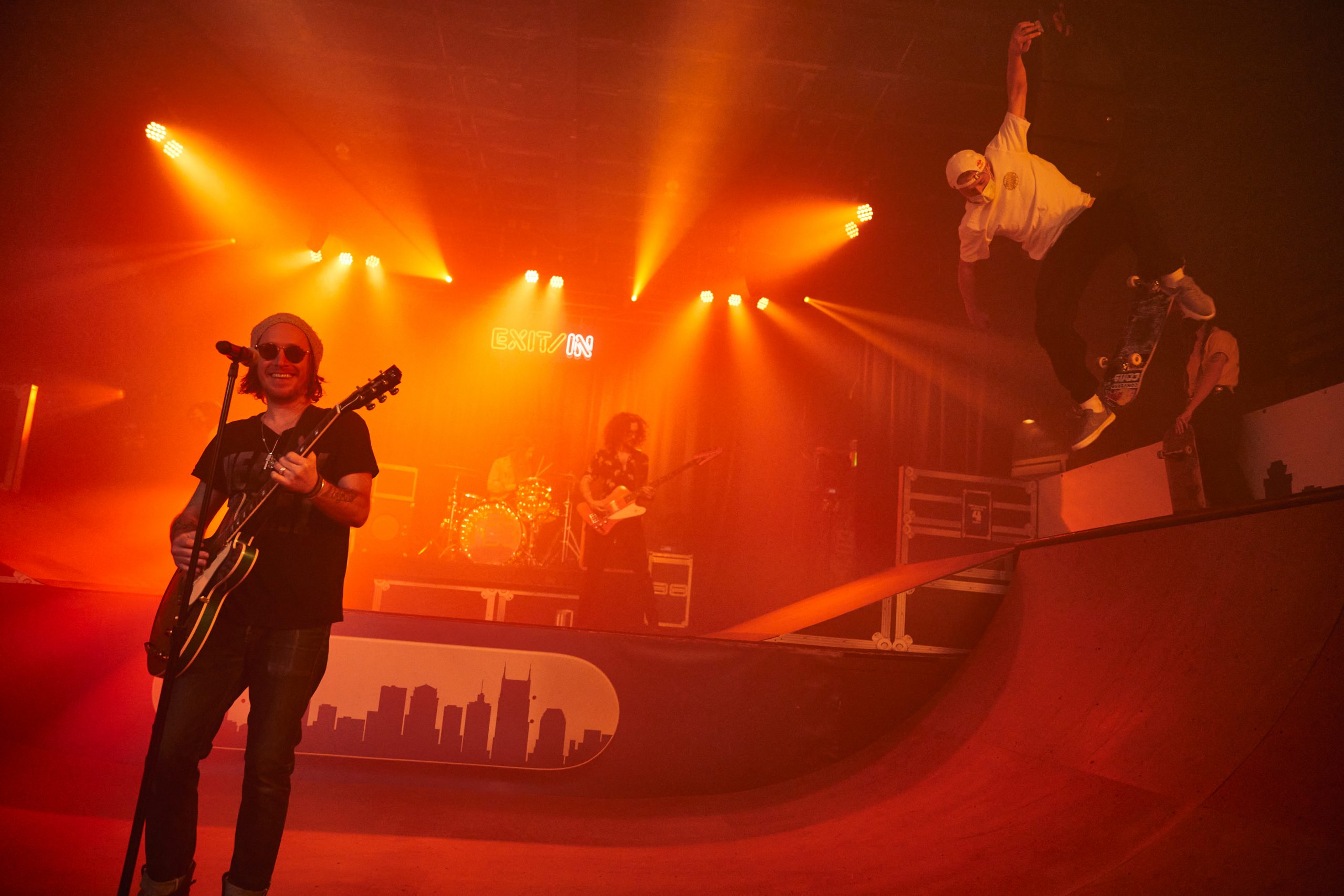 The Cadillac Three have released a video for their new single Bridges, taken from their latest album Tabasco & Sweet Tea. The band teamed up with Red Bull and the Music Venue Alliance Nashville (MVAN) to turn local venue Exit/In into a private pop-up skate park, for a series of socially distanced skate sessions as the band filmed the video.

“I was extremely into skateboarding when I was a teenager growing up in Nashville, but there were literally no public skate parks. We had to brave the Capitol or Legislative Plaza downtown in hopes that we could get a good day in without getting arrested,” says lead vocalist/guitarist Jaren Johnston. “It was amazing to team up with Red Bull and the Exit/In and build a skatepark during the pandemic. Even cooler to play Bridges in a video with incredible skaters including pro Jake Wooten. What an experience!”

Tabasco & Sweet Tea is out now via Big Machine Records available to stream or purchase HERE.

See The Cadillac Three live on their 10th anniversary tour later this year, with support from special guest Brent Cobb.