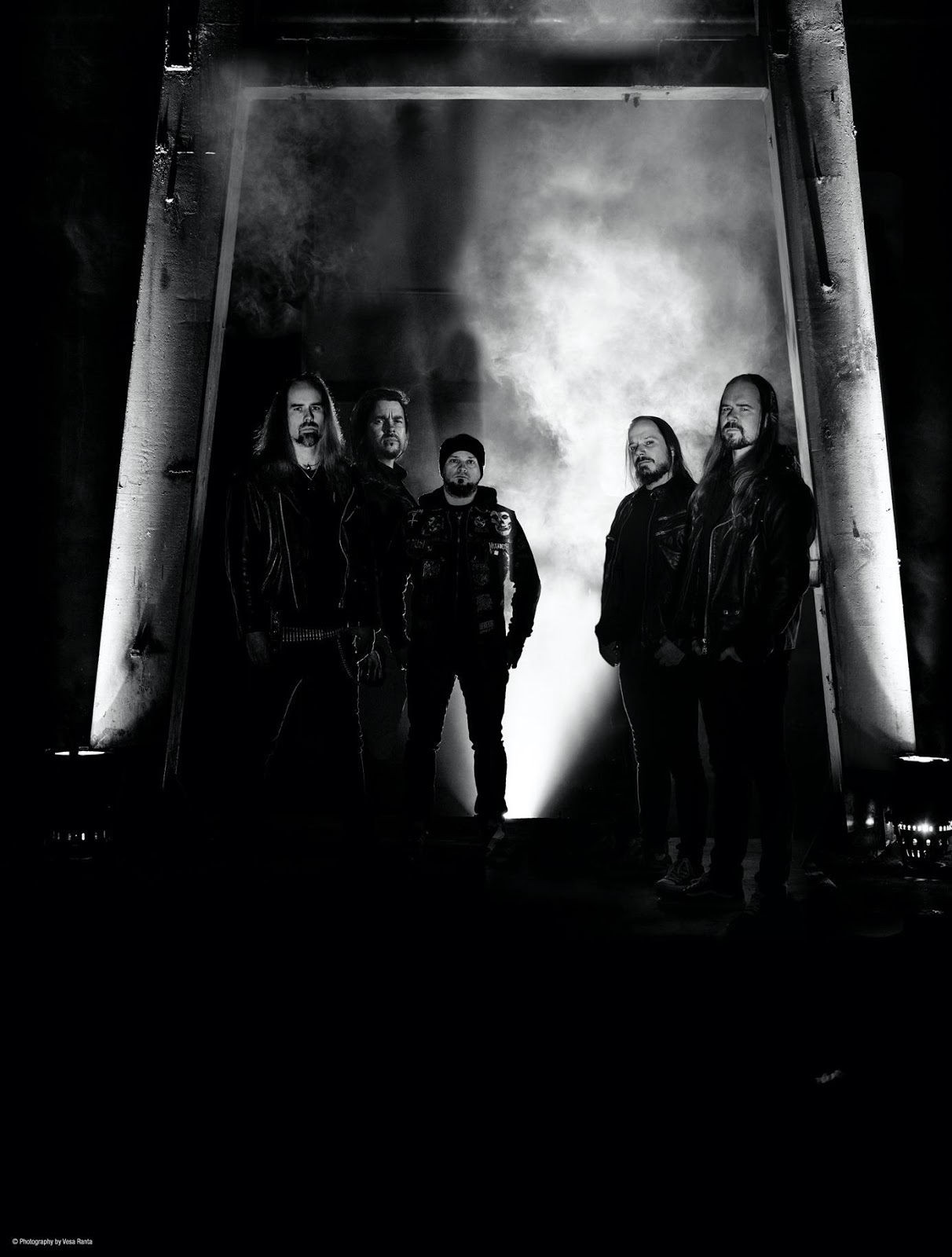 “When the Corona outbreak forced us to cancel all the tours and shows, we pretty soon adopted a mindset that we better do something and keep ourselves in motion. We wanted to try how the streaming shows might work. We wanted to see what kind of new music might grow in the darkness and misery of the quarantine. And soon these vibes were channelled into songs that came to be the Argent Moon EP,” explains frontman Niilo Sevänen.

“We wanted to try something a bit different so all the four songs on this release represent the softer side of Insomnium. The ballads and the mellow tunes. Acoustic guitars and clean vocals. The sorrow and agony that creeps into your heart when the nights grow longer. But fear not, we haven’t changed our style. Next album will be something different again. We used all the ballad ideas here so maybe it will be pure blast beats. We shall see.”

The four track record features the band’s recent tracks The Conjurer and The Reticent, as well as new single The Antagonist.

“The The Antagonist video is something new and fresh too, since we worked with director & mastermind Ville Lipiäinen for the first time ever,” adds Sevänen. “The result is a bit different kind of Insomnium montage.”

Argent Moon is available to pre-order in various formats HERE.