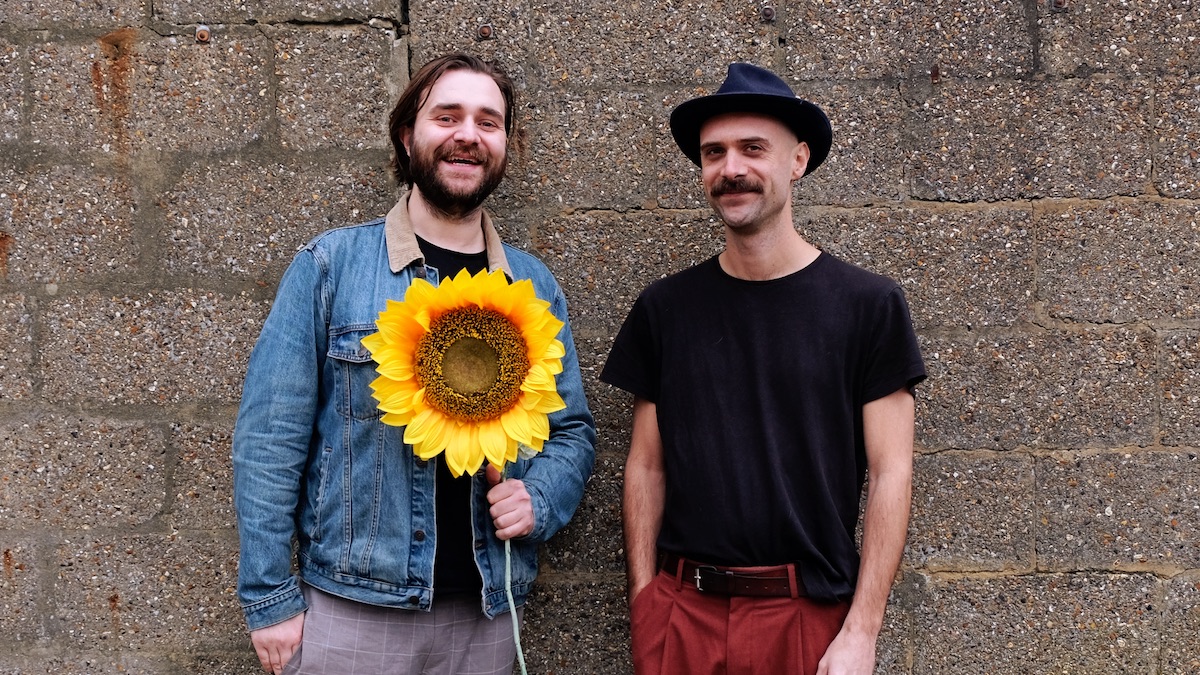 Post-hardcore power duo Frauds have released a video for their new single Money Honey, a taste of their forthcoming sophomore album Long Spoons.

“It was a riff that had been around the block a few times that never worked until we slowed it down and put a kind of disco beat behind it,” says vocalist/drummer Chris. “The song almost wrote itself from a plethora of notes on my phone. These notes were written on daily commutes across London for work which informed the narrative.”

“Limmy is a huge inspiration,” adds Chris. “And when the pandemic hit I was reading his autobiography. It dawned on me that he works with huge restrictions all the time and yet comes up with ingenious set ups with just a camera and himself. We wanted to embrace the restrictions, thus the hula hoops.”

Frauds‘ new album Long Spoons will be released in summer 2021 via Alcopop! Records.

The duo have also announced UK tour dates in support of the album, see them live at one of the following dates: