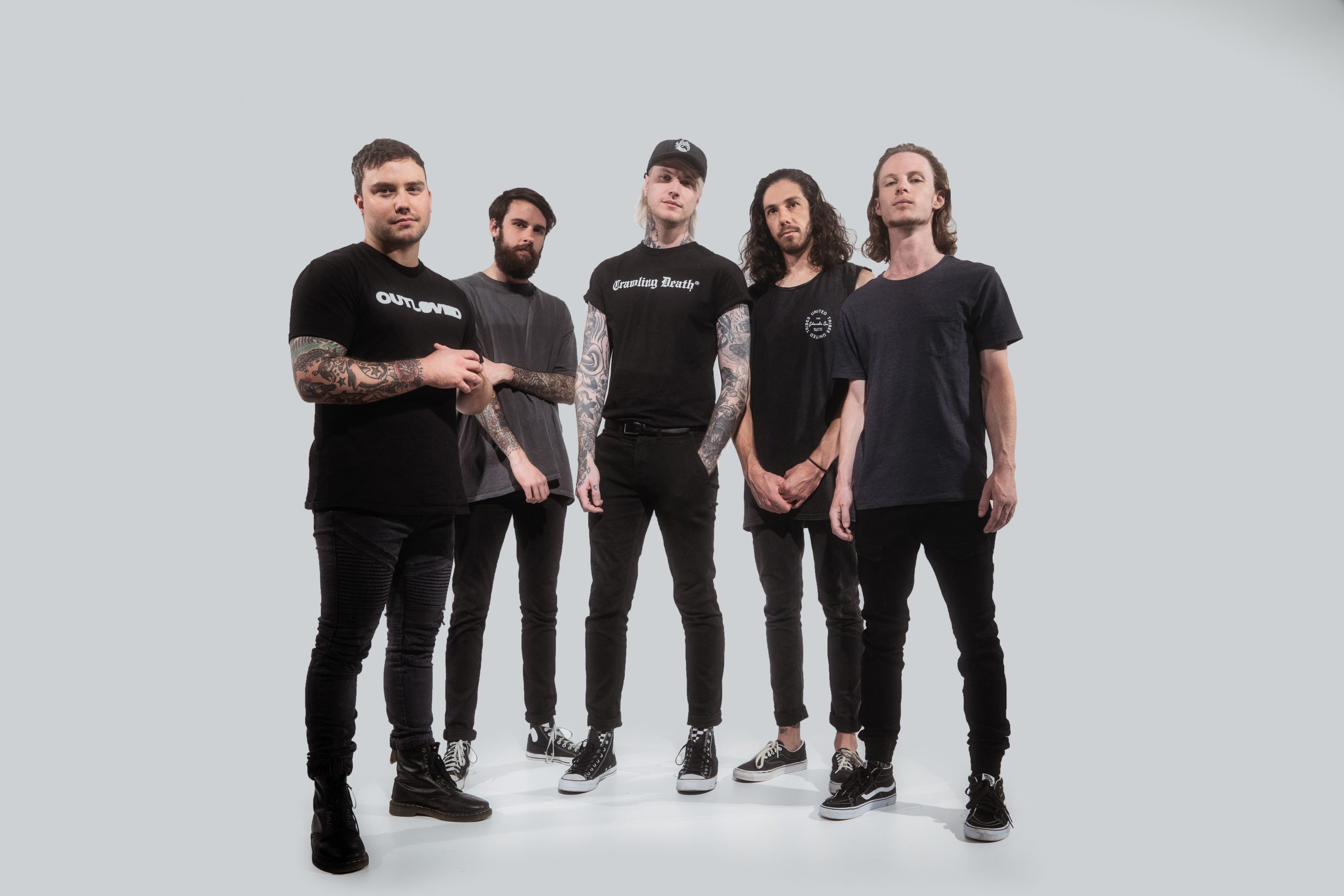 The time has finally arrived for melodic hardcore quintet Stepson to release their eagerly-anticipated debut album Help Me, Help You, after the COVID-19 pandemic halted all of their plans in 2020. We caught up with guitarist Nick Bennett ahead of the release to discuss the band’s formation, influences, ambitions and more.

Firstly, please tell us a bit about yourself and your band?

My name is Nick Bennett and I play guitar for Stepson. We are a melodic hardcore band from Australia who love long riffs on the beach and getting caught in the rain doing pinch harmonics.

We came from a few different bands back in 2014, when I had some songs written and didn’t have anyone to do vocals. Brock wanted to give it a crack and it was the best possible thing that could have happened. We then got Jayden on board after he sweated us until we offered him the gig. Rob joined after our old guitarist Farry left and Jordo, our drummer and talented band member, was a friend who had recently become a free agent so we picked him on a $0 a year contract. What a signing he’s been for the team!

Song writing wise I would say the main influence would be bands like Counterparts, Balance and Composure, Architects and Hundredth. We love dynamics and all gain inspiration from a lot of RnB and pop music too, which definitely translates into Help Me, Help You.

We have all had lifelong dreams of touring Europe and releasing a full-length album, so to be achieving both of these this year (hopefully) is a pipe dream come true. We would love to be able to explore new parts of the world and be able to experiment even more with our sound in the future, and really establish ourselves as something that is truly unique and incompatible to any other band.

For those who are yet to see you live, what can they expect from a Stepson show?

Stepson shows = energy. Brock doing punk jumps, Jayden working the front row, Rob whipping his hair and I’ll absolutely throw a few kicks and stomps into the mix. Our live energy is always something we have tried to improve rand always something we’ve had people tell us they really connected with.

What’s next for Stepson?

From here we are just hoping to be able to tour after over a year on the side lines. We have some album release shows in Australia before heading over to Europe for the Never Say Die tour with Polaris in November. We have already got tonnes of material in the works too as we made the most of our time in isolation. We just can’t wait to get back to doing what we love and play these new songs for everybody.

Stepson‘s new album Help Me, Help You is due for release on 26th March 2021 via SharpTone Records, available to pre-order HERE.