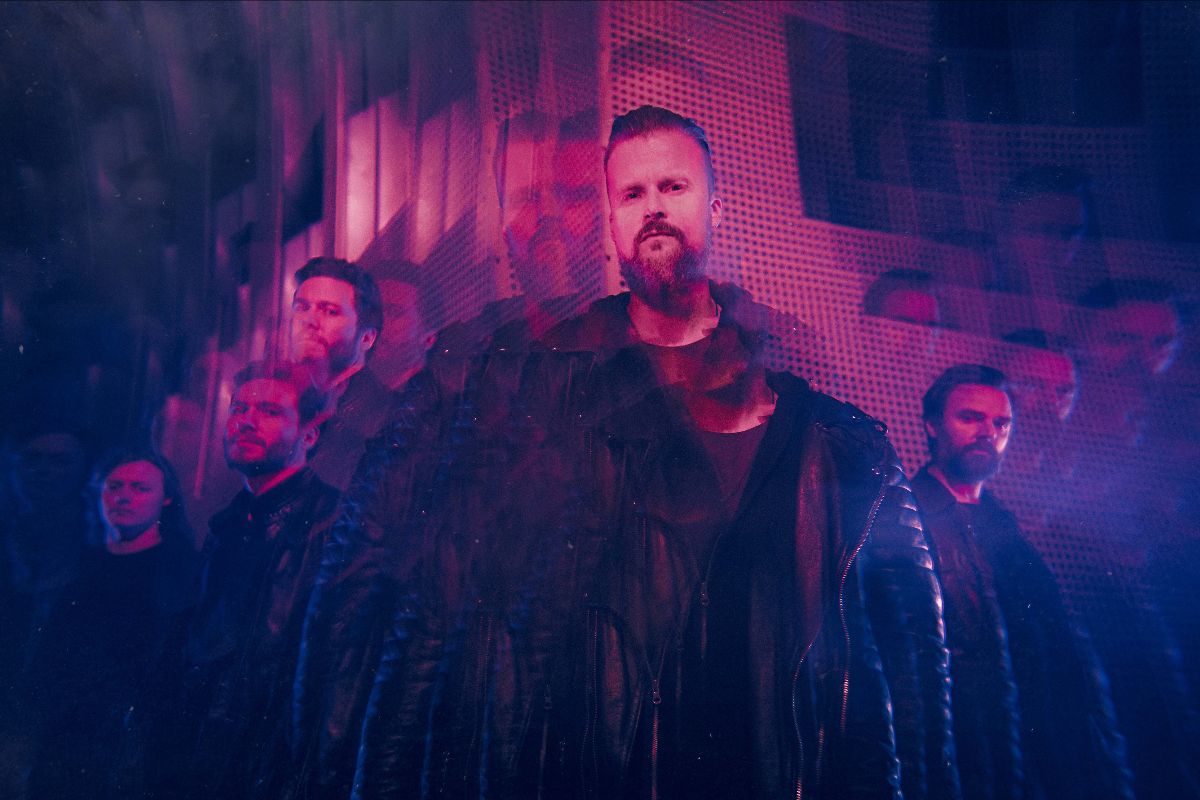 Norway’s White Void will take you on a nostalgic trip through the seventies, eighties, nineties and 2000s on their upcoming debut album Anti, influenced by a variety of genres from occult rock and new wave, to black metal and electronic music. We caught up with vocalist Lars Nedland to delve into band’s recent single Do. Not. Sleep., discussing the writing process, themes, stories from behind the scenes and more.

Can you please give us your quick elevator pitch on this track? Why does this one standout for you?

Did you ever wonder what the musical equivalent to Charles Bronson battling a peacock would be? Do. Not. Sleep. is your answer: seventies grit and punch meets the flamboyancy of the eighties in a fight for the ages. Bring popcorn!

Yes, this is a song that more or less dictated itself. I’m usually a very structured songwriter, but this song was written haphazardly: a riff here, a vocal melody there, some drum parts underneath…total chaos. But the fun thing is all the parts came together in the end, without any need for adjustment or rearrangement. It’s like they knew more about what they were when they were written than I did.

Thematically it’s part of the concept that runs through the entire album, which is Albert Camus’ Absurdism. More specifically, Do. Not. Sleep. deals with how the human brain handles the realisation that existence is absurd and that there is no inherent sense and direction in life. You know, normal hard rock themes.

Well, the video is in many respects is a classic “band playing” type presentation, but we made sure it had segments that brought absurdity into the mix, more specifically motion graphics separating us from any earthly connection. Also, there’s a lot of colour. Pinks in particular. Pink is the new black!

The girlfriend of our guitarist was pregnant and due to give birth at any moment when we shot the video, so Eivind was a bit detached throughout the recording, one might say. The actual birth of his son wouldn’t take place until several weeks later, though.

Be sure to check out our debut album Anti, out on Nuclear Blast on March the 12th. It’s inspired by occult rock from the seventies, new wave from the eighties, black metal from the nineties and electronic music from the 2000s. What could go wrong?

White Void‘s debut album Anti is due for release on 12th March 2021 via Nuclear Blast, available to pre-save HERE and pre-order HERE.