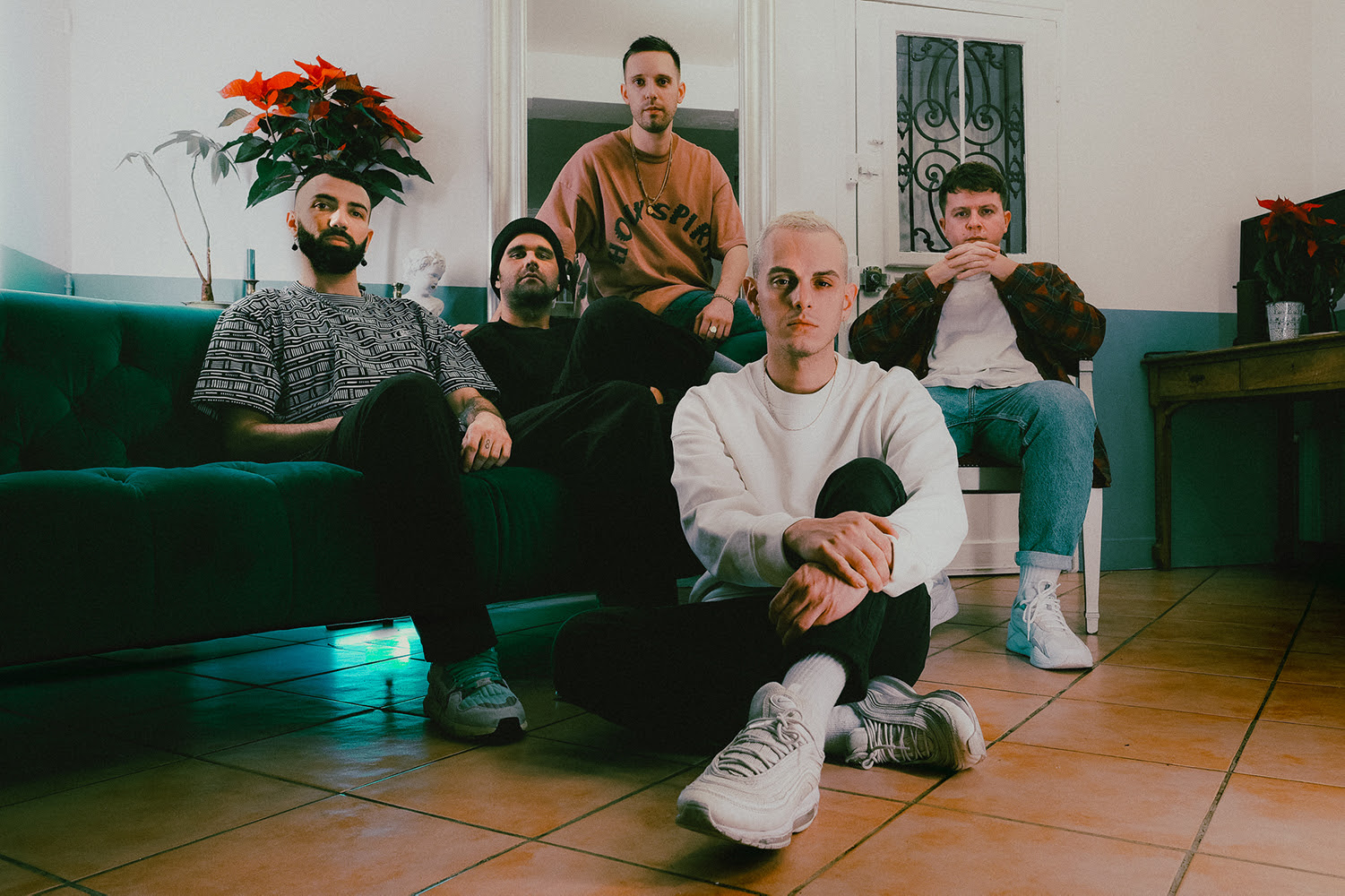 The time has almost arrived for French metalcore quintet LANDMVRKS to release Lost In The Waves, their heaviest record to date. Over the last few months, the band have offered a glimpse into their third album with a series of singles, including Lost In A Wave, which the band describes as “one of the darkest and deepest tracks” they’ve ever written. We caught up with them to discuss the song’s writing process, themes and stories from behind the scenes.

Lost In A Wave is one of the darkest and deepest track of our catalogue, written during a lockdown in France. We knew it was a powerful song and that it could be the foundation stone of our new album. It’s a song that helped us push our artistic and technical limits.

It’s one of those songs that was written very naturally. Nico composed the chord suite of the chorus and then sent it to Flo, so that he could come up with ideas for the vocals, and almost immediately came up with the melody and the final lyrics that appear on the album. All of the song on the album, even if some required a lot of time and work, followed this natural and exciting process. This kind of ‘first listening’ feel. We wanted to keep the freshness and innocence of a first album when it’s our third one. The songs that required too many changes and seemed to be at an impasse do not appear on the album.

Flo is pushing his voice to the edge on this one, a lot more than any LANDMVRKS song, other than that the approach was the same as usual: how are we going to make this song sound cohesive by putting in all the ingredients we like without compromising? This is our challenge.

It’s a song about fear, it’s about being deeply overwhelmed by fear. The same feeling of being caught in a powerful wave and not knowing when it’s going to stop, nor how to escape from it. The theme of the water became recurrent on the album, ’cause it’s such a beautiful but powerful and dangerous element. It was a good metaphor for the songs we were writing.

Yes they do – blue lights, we’re all sort of trapped in cage, and there is of course this scene were Flo shouts into water upside down. That perfectly represents what the song is about.

Actually we shot two music videos within the same week, Lost In A Wave and Rainfall. The first day was the shooting of Rainfall, and Paul severely broke his knee during his first take. He had to go to the hospital and shoot Rainfall in a wheel chair, but he still managed to stand up for just enough time to shoot the music video for Lost In A Wave.

We want to thank you all for the amazing support we received about our last singles, it’s mindblowing to see so many people enjoying our songs. We just can’t wait to meet you all in real life when the situation is better. For those who never heard about us and read this article, I hope you’re gonna like our new album!

LANDMVRKS‘ new album Lost In The Waves is due for release on 19th March 2021 via Arising Empire, available to pre-order HERE. 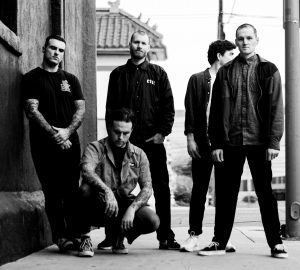